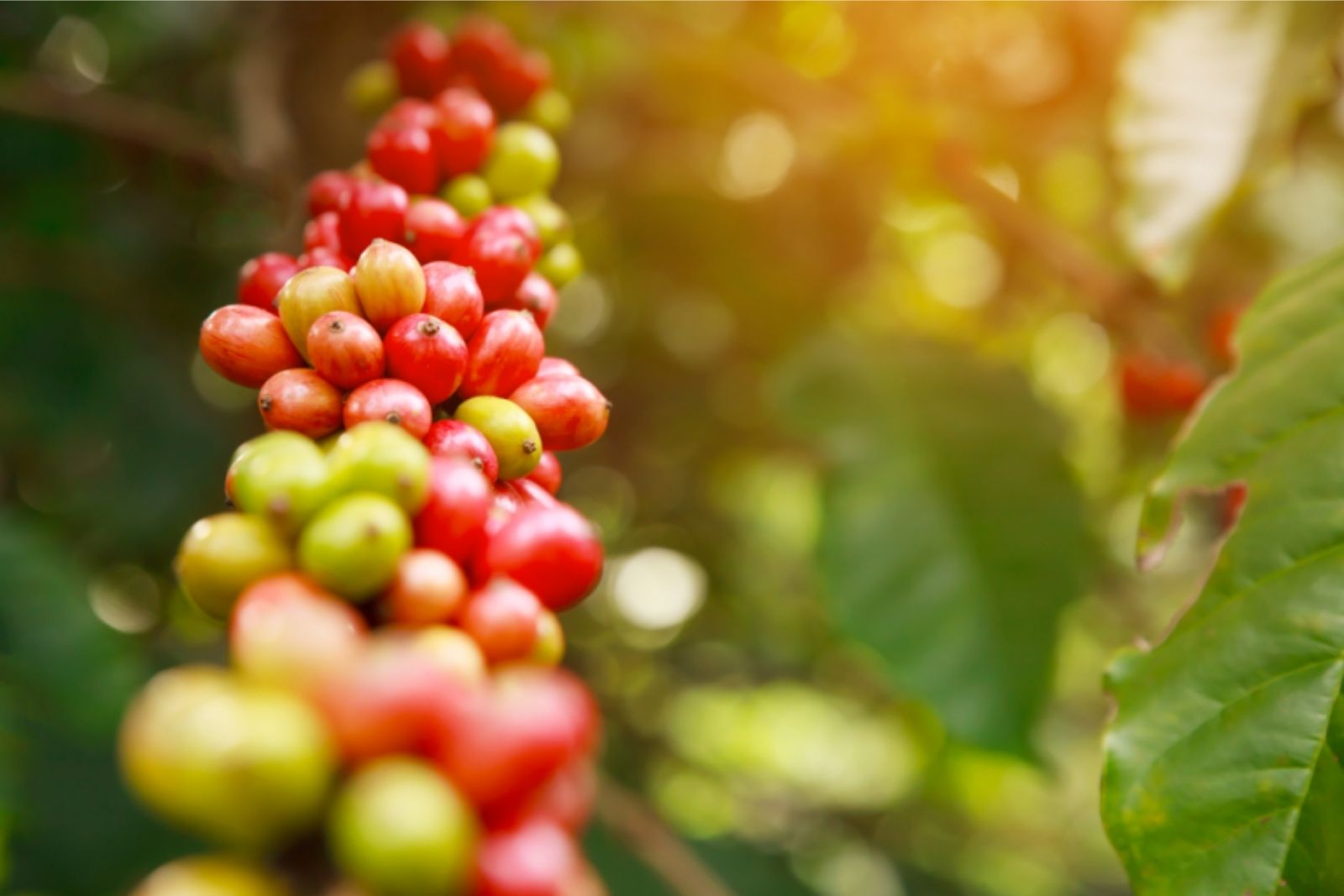 What facts is Robusta?

Robusta coffee beans is the common name for coffee from the Coffea canephora species. Because Robusta isn’t a scientific term, I’ll use both Robusta and C. canephora in this essay, depending on the situation.
C. arabica was first cultivated in Ethiopia in the fourteenth century and Tihama and Sana’a (Yemen) in the sixteenth century, but C. canephora was not discovered until the late nineteenth century. Coffee leaf rust raced through coffee farms in Sri Lanka, India, and Indonesia in the 1870s.
Coffee from C. liberica was tested alongside Arabica. However, the yield, flavor, and disease resistance were not as predicted. Between 1890 and 1920, European colonial governments began to return to Africa in quest of new coffee species/varieties resistant to rust. C. robusta is the most notable of the new coffee species. C. robusta was first brought to Java in 1900. (Indonesia).
What is the significance of the name ‘Robusta’ for this new coffee? Everything comes from the inaugural catalog of the Belgian garden L’Horticole Coloniale, published in 1900. The word ‘Robusta’ was used in the catalog to stress the coffee’s insect resistance and excellent production. Later, C. robusta was renamed C. canephora.
C. canephora has 22 chromosomes, and needs cross-pollinate to thrive, unlike Arabica coffee, which has 44 chromosomes and can self-pollinate. C. arabica trees grow naturally in the southwestern Ethiopian woods, whereas C. canephora can be found all over West and Central Africa, from Guinea to Uganda and Tanzania to the Central African Republic to Angola. C. canephora thrives at altitudes of 0-1500m above sea level and is temperature tolerant (over 30°C). On the other hand, this species is less cold-resistant and requires more humidity than Arabica.

Robusta began to displace Arabica in Indonesian plantations after the first 150 seeds were transported to Java (then the Dutch East Indies). Robusta has mostly replaced medium-altitude grown Arabica in Indonesia by around 1915. The graph below depicts Robusta’s better yield and disease resistance in Java.

Beans robusta coffee spread to all of Indonesia’s islands. It spread to India, the Indochina countries, the Philippines, and East Timor. French colonists carried Robusta from Indonesia to French territories in the Pacific, Madagascar, and numerous African countries. Between 1900 and 1940, total coffee production in Asia and the Pacific doubled thanks to Robusta. Indonesia has risen to become the world’s third-largest coffee grower (after Brazil and Colombia).

When rust disease first appeared in Africa, robusta coffee beans demonstrated even more remarkable resilience. Plantations in East Africa mainly were planted with Arabica varieties at the turn of the century, while farmers in West and Central Africa intercropped with local Robusta kinds. Arabica was cultivated at increasingly high altitudes as rust became more widespread and severe in the 1920s, while Robusta displaced Arabica in the lower regions. The cultivation of coffee expanded; Angola, Congo, and the Ivory Coast, for example, have a total production of coffee beans robusta higher than the whole production of Arabica in East Africa.

C. Canephora was introduced to Brazil in 1912, but it wasn’t commonly farmed until the 1960s, and it was only grown in areas where Arabica couldn’t be produced. Rust did not damage Central and South American countries until the 1970s. As rust spread across the continent, scientists began to look at insecticides, fertilizers, and disease-resistant hybrids like Catimor. Facilities, research networks, and a diverse range of new types are only a few of the reasons why coffee-growing countries in the Americas do not have to rely on Robusta to survive, as they do in Asia and Africa. C. is well-known outside of Brazil. Only in Mexico is canephora found.

After more than a century of cultivation, Robusta accounts for 35-40% of total world coffee production. Vietnam produces the most Robusta coffee globally, accounting for 95-97 percent of the country’s total coffee production.

The abundance of C. canephora is higher than expected.

Conlon is the common name for C. canephora in Brazil. The name comes from a coffee variety grown along the banks of the Kouilou River in the Democratic Republic of Congo. The term ‘Kouilon’ was misspelled as ‘Konilon,’ which was then changed to ‘Conlon.’

This article about Perfect Daily Green may have piqued your interest. According to the writer, Robusta is a coffee variation of the species C. canephora, and the term Robusta is frequently used to refer to coffee farmed outside of Brazil.

SG1 and SG2 are the two most often cultivated gene groupings. The SG1 level is usually lower, the leaves are longer, the fruit is smaller, and the plant is more drought resistant. Meanwhile, SG2 has a broader and longer fruit, lower caffeine content, and stronger rust resistance than SG1.

The taste of coffee from various gene groupings is similar, despite the differences in genotypes and phenotypes. This might easily lead to the belief that there is just one type of Robusta. Seeds from the Congo, seeds named ‘Guillou’ or ‘Kouillou’ from Gabon, seeds called ‘Canephora’ from Central Africa, and seeds named ‘Uganda’ from Uganda were among the first C. canephora seeds cultivated in Java. The leaf color, size, and height of each Robusta cultivar vary.

Robusta blend will become more abundant throughout time, not simply because of its broad gene group in nature. To reproduce, Robusta must crossbreed with other plants, as previously stated. As a result, each Robusta coffee beans plant found in nature has a unique genotype. In the meantime, because C. arabica is a self-pollinating species, each young Arabica plant has a genotype that is identical to the parent plant.
C. canephora can adapt to a broad range of climates, elevations brands, and rainfall patterns and is resistant to many pests and diseases menu, thanks to its natural diversity. C. canephora has high adaptability, especially when contrasted to C. arabica, which has a consistent (and thus poorly adapted) genome.

However, due to the wide range of phenotypes and genotypes, growing the same robusta coffee beans variety with equivalent disease resistance and yield is difficult. This is why Robusta cloning and hybridization are so standard. Research institutes can clone some mother plants with remarkable benefits (typically by cuttings) or cross two plants with many advantages based on the existing landrace (soil variety)—points in the same direction, or a combination of the two. In the 1990s, the INCAPER research institute in Brazil developed several novel types based on multiple Conilon trees through crossbreeding and cloning, including Empaca 8111, 8121, 8131, 8141, and Vitória – Incaper 8142. In recent years, new clones such as Centenária ES8132 or Diamante ES 8112 have been examined for more excellent flavor and boost drought resistance, pest tolerance, and yield.

What about Vietnam, for example? Garativo et al. (2016) used the DArTseq genotyping approach to determine that Robusta coffee grown in Vietnam and Mexico belongs to the SG2 gene group, which originated in Congo-Uganda. Robusta coffees  cultivars that reproduce asexually are also quite popular in Vietnam, especially at the Eakmat Seed Center best.

Everyone is aware that the world of coffee beans is enormous. Many people are aware of the diversity of C. arabica, but few are aware of the abundance of C. canephora. Knowing more about C. canephora’s gene pools provides scientists with new possibilities for breeding novel kinds resistant to climate change and pests, especially those that cross gene pools. Not only that, but with the rise of Fine Robusta, C. canephora’s flavor is becoming more focused. Maybe it’s time for Robusta to get its own Canephora catalog as WCR did for Arabica?