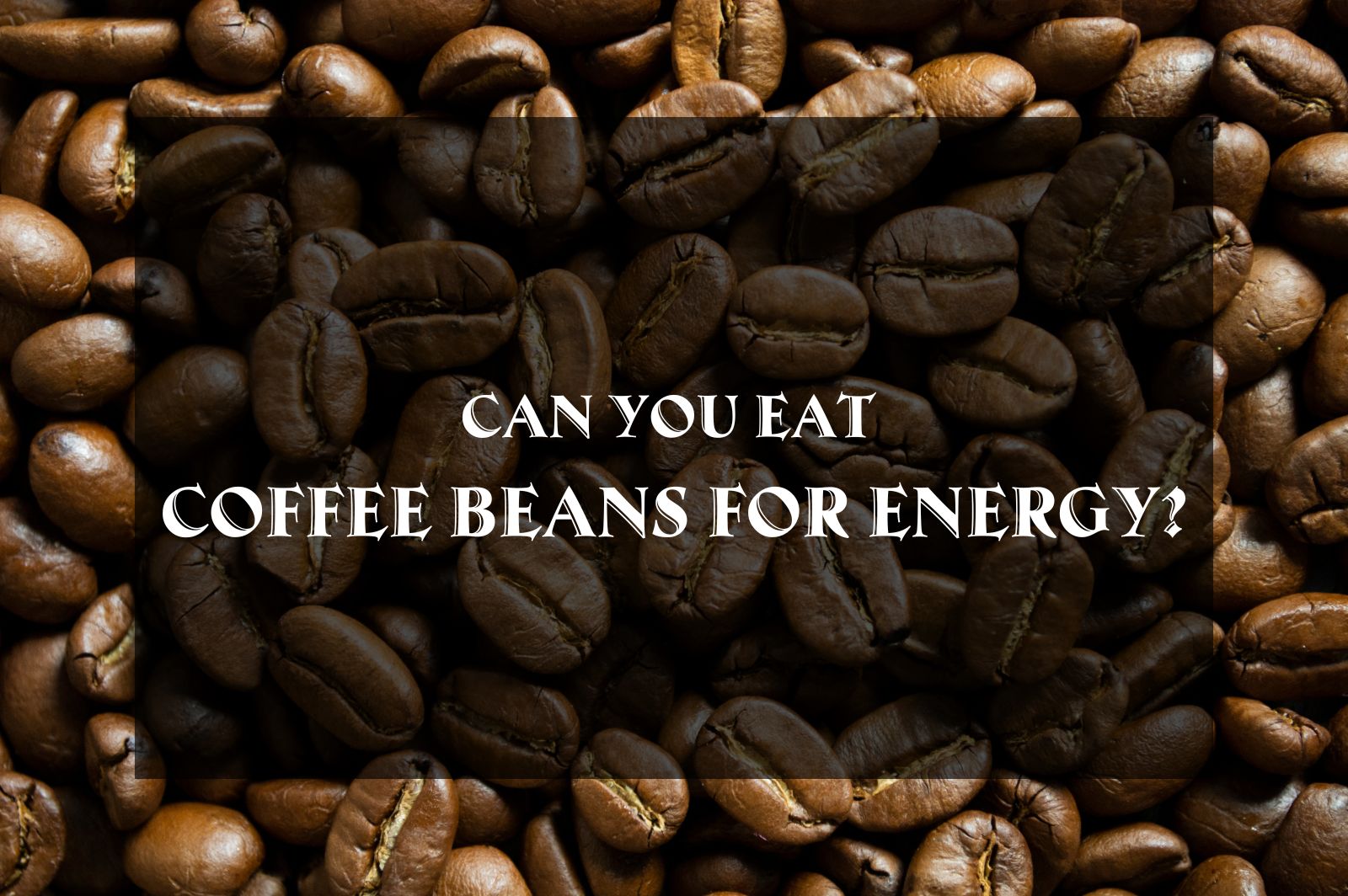 Can you eat coffee beans for energy? Although it is okay to eat coffee beans, too much should not be ingested. They are bursting with caffeine and antioxidants, which may give you more energy and reduce your chance of contracting certain diseases.

Can you eat coffee beans for energy?

The key to maintaining a high level of energy is to have a healthy lifestyle. The American Heart Association focuses on a number of variables that might increase energy, including a good diet, sufficient exercise, restful sleep, and stress management. The best approach to stay energized throughout the day is to eat a balanced diet that contains a range of proteins, lipids, vegetables, whole grains, healthy oils, and unrefined carbs.

While coffee by itself cannot provide us with the calories we need to live, we can nevertheless benefit from it. Caffeine is a stimulant that we may use to hone our thoughts and improve alertness, claims Harvard Health Publishing.

According to research from February 2017 that appeared in the Journal of Psychopharmacology, consuming five coffee beans or one espresso, or 60 milligrams of caffeine, increases alertness, mood, and contentment. Additionally, studies have indicated that coffee can enhance endurance in long-duration sports like swimming and cycling.

A research published in the journal Circulation in November 2015, however, is much more convincing. Researchers discovered that drinking coffee is associated with an 8% to 15% lower chance of passing away. Perhaps this is so because drinking coffee has also been linked to a lower incidence of Parkinson’s disease, uterine and liver cancer, cirrhosis, gout, and type 2 diabetes.

Eating the beans will give you even more caffeine than drinking brewed coffee. Additionally, it is easier to absorb through the mouth’s mucous membranes (3). Caffeine can enhance memory and brain performance, reduce fatigue, and may even help prevent Type 2 diabetes, according to studies.

Some individuals like to munch on coffee beans, which is perfectly harmless as long as it’s done in moderation. This is due to the fact that coffee beans contain substantially more caffeine per gram. While consuming only 10 chocolate-covered espresso beans has 134 milligrams of caffeine, the usual cup of coffee, which may need 70 coffee beans to brew, contains 95 mg.

This implies that you should restrict your intake of caffeine to no more than 30 chocolate-covered espresso beans each day, according to FDA guidelines. And while consuming 30 coffee beans might seem excessive to some, it is simple to overdo it if they are covered in decadent dark chocolate.

How much coffee can you eat at one time?

You might be wondering how many coffee beans are safe to eat because they will provide you energy.

Each person has a different tolerance for coffee and coffee beans. The majority of individuals can drink 4-6 cups of coffee without any harm. Depending on the size and roasting of the coffee bean, different amounts of caffeine are present. Compared to Robusta, Arabica coffee beans have less caffeine.

Each coffee bean with a chocolate coating has 12 milligrams of caffeine. Therefore, you may have 35 to 40 of them each day without going over the acceptable caffeine limit.

Does Coffee Increase Your Activation?

You don’t get hyperactive after drinking coffee; instead, you become more concentrated and attentive. That’s because coffee has an effect on the brain and central nervous system, improving attention, memory, and mood.

It has been demonstrated that as little as 5 coffee beans, chewed and ingested orally, can increase attention span. This might help you focus for extended periods of time if you are already hyperactive or have an attention deficit disorder.

According to a recent study, ingesting between 5 and 8 coffee beans increased feelings of contentment.

Yes, people frequently munch on raw coffee beans. Before the beans were roasted and made into the coffee we drink today, coffee was actually chewed on for years.

Raw beans can be difficult to chew and have a woody, occasionally harsh flavor.

They are quite concentrated and fairly safe to ingest. Too much green coffee beans may cause heartburn or stomach trouble in those with sensitive gastrointestinal systems.

Even some people discover that consuming green coffee beans has a laxative effect.

Because it stimulates the central nervous system, coffee awakens you and helps you concentrate.

It is really the psychoactive substance that is most often utilized worldwide.

Coffee is lawful and unrestricted, in contrast to other psychotropic drugs, which are illegal. Fortunately, the impact passes quickly and there is no harm, so we continue drinking coffee.

You will undoubtedly get more alert from coffee, which will provide you with more energy.

A 2016 study found that drinking only one cup of coffee 30 minutes before memory testing completely stopped older people’s memory deterioration. The examination was conducted in the late afternoon.

Every time, the memory showed a notable improvement.

A cup of coffee with every meal may help many elderly adults experiencing memory loss by enhancing focus and memory.

Studies on the effects of coffee on long-term memory are currently being done.