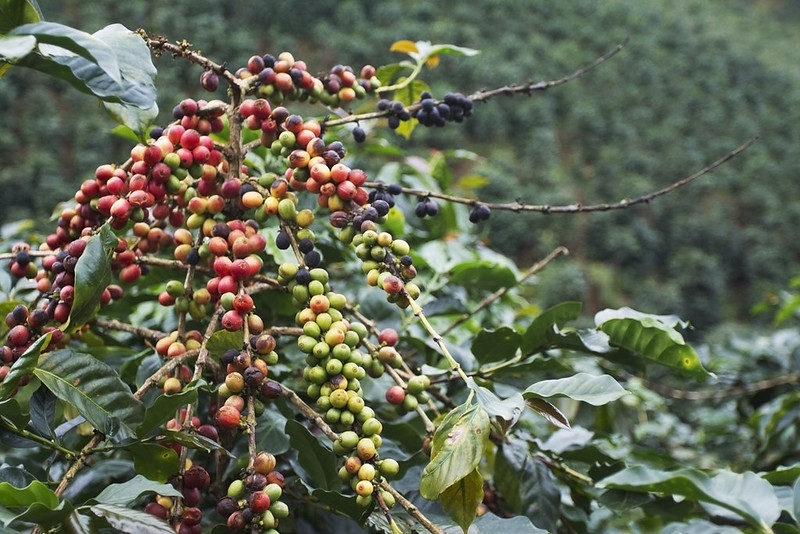 It is important to note that, contrary to common belief, ” Catimor” is not a separate breed. Instead, this is a group of many different varieties of similar origin: Anacafe 14, Citisic, Costa Rica 95, Fronton, T5175, T8667,..

Groups like  Catimor and  Sarchimor are Arabica varieties that are not “pure” because they possess genetic traits from another species – mainly  C. canephora  ( Robusta ). The verbatim of this term is  Introgressed  – i.e., near-sex hybrid, also known as close-breed hybrid).

Similar to a brother – the Sarchimo variety (typically with the T5296 coffee plant ) with the same father is the Timor Hybrid associated with the early days of the Central American Regional Coffee Alliance (PROMECAFE) – established in 1978 with the Funded by USAID’s Regional Office for Central America (ROCAP) and the Institute of Agronomy Campinas (IAC) in Brazil in response to the threat posed by the recent emergence of coffee leaf rust in the region.

From 1958 to 1959, the Portuguese Institute for Coffee Research (Centro Agronomico Tropical de Investigación y Enseñanza), abbreviated as CIFC, famous for its research on coffee leaf rust, received a lot of beans. Timor Hybrid varieties from the island of East Timor ( Timor Hybrid is a natural hybrid between C. Arabica and C. Robusta, which appeared naturally on the island of Timor in the 1920s). The genetics from Robusta gives Timor excellent resistance to rust.

From the two seed lots received by the CIFC, breeders in Portugal began working to create new coffee varieties that are disease resistant yet compact in stature to improve top yield. in a cultivated area. One of the above Timor Hybrids, called HDT CIFC 832/2, was crossed with the compact Caturra variety to produce different hybrids:

After initial testing at IAC – Brazil, the hybrids were called “Cat Catoror.” These early hybrids were born right during the appearance of rust in the Americas. So it wasn’t long before the Catimor varieties had undergone extensive selection in various parts of Latin America and were dispersed around the world. In Malawi, the Coffees Plant Research Unit used five cultivars of Catimor. In Papua New Guinea, six lines of Catimor were selected and put into cultivation.

How Much Caffeine In Vietnam Coffee?