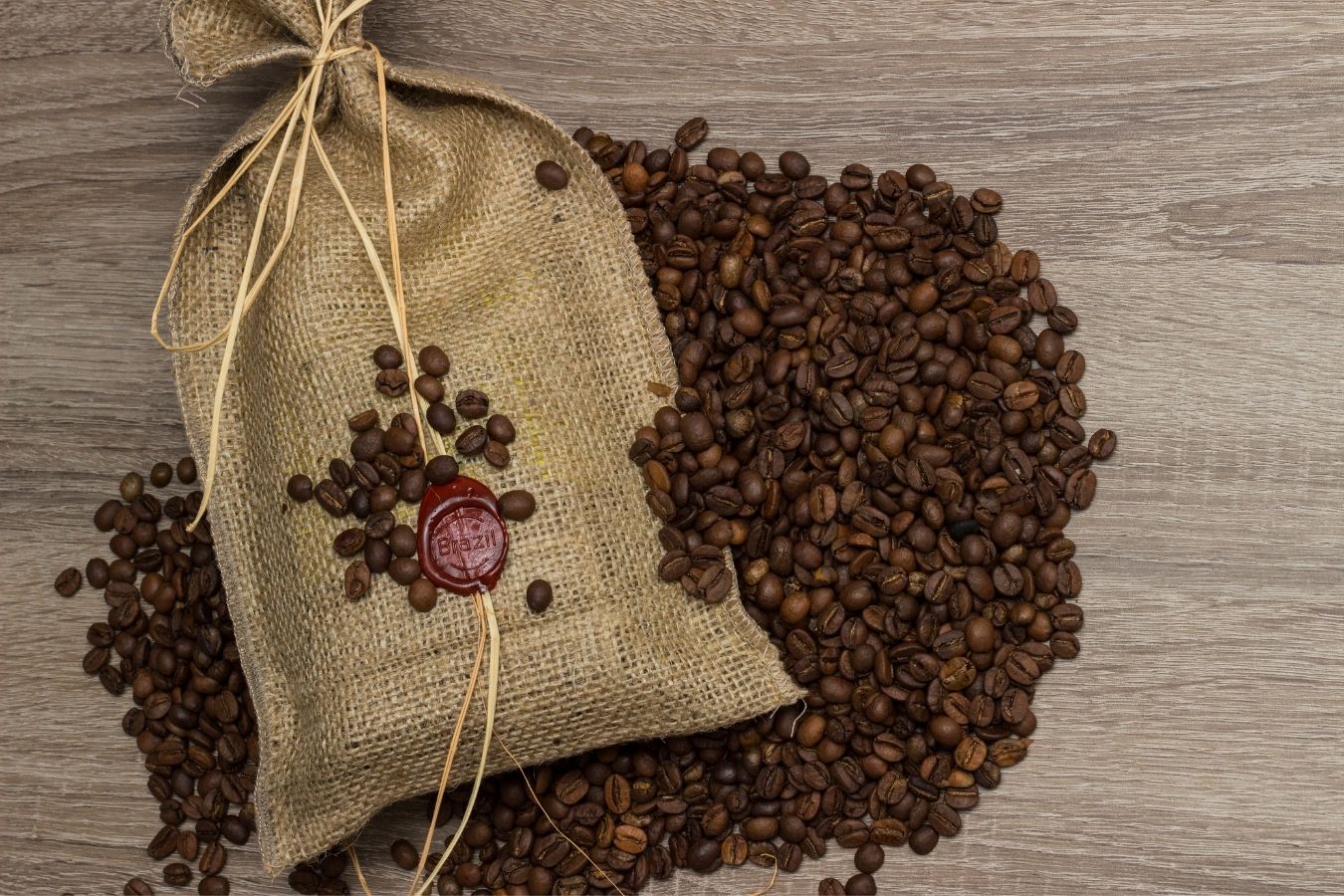 Coffee Distributor In Brazil: Brazil has been the world’s largest coffee producer for more than 150 years. Today, Brazil grows about a third of the world’s coffee, although in the past its share was as high as 80%. Coffee was introduced to Brazil from the French colony of Guiana in 1727 when the country was still under Portuguese rule. The first coffee tree in Brazil was planted by Francisco de Melo Palheta is the Para region in the north of the country.

According to historians, Palheta went to the French colony of Guiana on a diplomatic mission, then seduced the governor’s wife there and was given coffee seeds hidden in a bouquet by her when he left. Go. The coffee he planted when he returned home was for domestic consumption only and it remained a relatively unimportant crop until it began to move south, being carried from garden to garden. , from farm to farm and over many crops.

Brazil is the world’s leading coffee-growing country, the following information is reported by CafeImports in 2017:

Brazil cultivates both main types of coffee, Arabica, and Robusta, in which Arabica still dominates with about 85% of the remaining production being Robusta. In Brazil, Arabica cultivation is concentrated in the national coffee regional cluster and is led by Rio. Meanwhile, Robusta coffee is mainly grown in smaller states such as Espirito Santo (this state currently provides 80% of Robusta coffee) and Rondonia – the orange region in the northwest.

Brazil has a relatively low topographical elevation (95% of Brazil’s land is below 900m above sea level). Whereas Arabica varieties exhibit better quality when reaching the required height, Arabica coffee from Brazil is rarely high quality  (not ‘bad’, but not considered ‘premium’ – See also the effect of altitude on coffee trees ).

The beginnings of the coffee trade in Brazil

Commercial coffee production began around the Paraíba River (near Rio de Janeiro ). The region is suitable for coffee, not only because of its ideal soil but also because its location near the port of Rio de Janeiro will facilitate exports. In contrast to the smaller coffee farms that once flourished in Central America, Brazil’s first commercial farms were large plantations worked by slaves.

When the land becomes exhausted due to intensive farming, the farm will switch to clearing another land. Coffee production boomed between 1820 and 1830, surpassing the needs of Brazilian coffee drinkers and beginning to supply the wider global market. The people who controlled the production of coffee became extremely rich and very powerful and were called “coffee magnates”. Their demand will have a significant impact on government policies and government support for the coffee industry.

By 1830, Brazil produced 30% of the world’s coffee. This number had increased to 40% by 1840, although a sharp increase in supply led to a drop in global coffee prices. Until the mid-19th century, Brazil’s coffee industry was dependent on slave labor. More than 1.5 million slaves were brought to Brazil to work on coffee plantations.

During the colonial period, coffee plantations in Brazil increased deforestation (coffee planting would take place over several decades and move to other lands as the soil lost its fertility). This “surface” coffee production is not associated with any local history but is also associated with slavery and oppression – There was a time when one-third of the Brazilian population was slaves. engaged in coffee farming and the country was also the last to abolish slavery.

When the British stopped trading slaves to Brazil from Africa in 1850, Brazil turned to immigrant labor or the domestic slave trade. There was much concern that the abolition of slavery in Brazil in 1888 would jeopardize the coffee industry, but the harvest continued to be successful from that year on.

A second coffee boom took place from the 1880s to the 1930s, “A Second Boom” was named after two of the most important products of the time, by both the coffee magnates from Sao Paolo and the milk production in Minas Gerais.

This period also saw the Brazilian government begin to implement pricing, a protectionist measure designed to stabilize coffee prices. The government will buy coffee from producers at a high price when the market is low and hold it until the market is high. This keeps coffee prices stable for coffee magnates and prevents oversupply from driving prices down.

In the 1920s, Brazil produced 80% of the world’s coffee, and coffee financed a large amount of the country’s infrastructure. This unabated production resulted in a large coffee surplus. In the end, the Brazilian government burned about 78 million bags of coffee stocks in an attempt to raise coffee prices, although it did not affect them much.

Quotas and the Great Recession

During World War II, an attempt to stabilize coffee prices through international agreements was concluded based on a quota system. This agreement pushed coffee prices up until they stabilized in the mid-1950s and is seen as a precursor to the much broader International Coffee Agreement (ICA) signed in 1962, which included 42 manufacturing countries.

The quota is fixed according to the index coffee price, as determined by the International Coffee Organization (ICO). If the price falls, the quota decreases, and if the price increases, the quota is increased.

The agreement lasted until 1989 when it fell apart after Brazil refused to accept a quota reduction. Brazil believes it is an extremely efficient producer and can prosper outside of the deal. The result of the ICA crash was an unregulated market, and prices plummeted over the next five years, leading to the coffee crisis that would inspire the Fair Trade movement in coffee production get high.

The giant of the coffee industry

With Brazil being the world’s top coffee supplier, anything that affects production in Brazil has a direct impact on global prices. One of those factors is Brazil’s annual crop rotation. Over the years, it became clear that Brazil would alternate between a large harvest and a small harvest (derived from the natural cycle of the coffee plant). Some work (such as pruning) has been done in recent years to try to mitigate this impact and stabilize it year by year.

If the cyclical fluctuations of the crop can cause slight fluctuations, the cold in Brazil can “topple” the entire coffee market. Frosts ( White Frosts ) also known as hoarfrost will kill flowers and young shoots in the growing stage. So frosts only have a big effect on the following year’s harvest, but severe frosts can kill entire mature coffee plants. When coffee is replanted after the frost it takes years to grow until it is harvested.

Brazil used to be the largest coffee producer to suffer from frost. In the past, there have been severe incidents such as the 1975 black frost, which reduced the 1976/77 crop by nearly 75%. Due to the frost, global coffee prices almost immediately doubled. In 2000 and 2001 there were two consecutive years of crop failure, which resulted in a large harvest in 2002, with huge coffee production. This coincides with another long period of low coffee prices, due to an overabundance of coffee in the global market.

Brazil is undeniably the most advanced and industrial coffee-producing country in the world. With its focus on productivity and output, it has not kept its reputation for producing high-quality coffee.

Most large farms use string picking techniques, in which entire branches and fruit are removed in one go. If the plantations are large and flat (common on larger Brazilian coffee farms), they use harvesters (like the clip above) to shake the cherries off the branches. Neither method takes into account ripeness, and as a result, there is a large number of unripe berries in the harvested coffee.

For a long time, Brazil has also processed a lot of its coffee by drying it on the patio. The introduction of the Pulped Natural process in the early 1990s helped to improve the quality, for many years, of Brazilian specialty coffee producers who picked their coffee by hand. , then wet processing them, fought against Brazil’s reputation for low quality.

One of Brazil’s important roles in the coffee industry is its significant contribution to the biodiversity of the world’s coffee species. Many varieties of naturally mutated or bred Arabica coffee were popular outside of Brazil’s borders and arrived in Latin America before global popularity.

Typically, the Caturra coffee tree, a dwarf mutant of the Bourbon coffee variety made by the Brazilian Institute of Agriculture (IAC), or the Mundo Nouvo variety that is popular in Central America is also bred. from Brazilian coffee.

From the very beginning of history, during the colonial period of Europe, Brazilian coffee was grown for domestic supply and only exported from the beginning of the 19th century due to increased demand from the United States, and other European countries. other Europe. Coffee has become a very popular consumer product with millions of Brazilians, be it simply because of the people who love to drink coffee or because of the strong policies of the Brazilian industry leaders.

No raw coffee beans can be imported into Brazil – on the contrary, they import some other agricultural products – like wheat, because they are so absorbed in growing coffee. Coffee shops have sprung up all over the big cities, and the prices of coffee in these places are comparable to those in the US and Europe, so they have become another symbol of the divide between rich and poor. growing in Brazil.