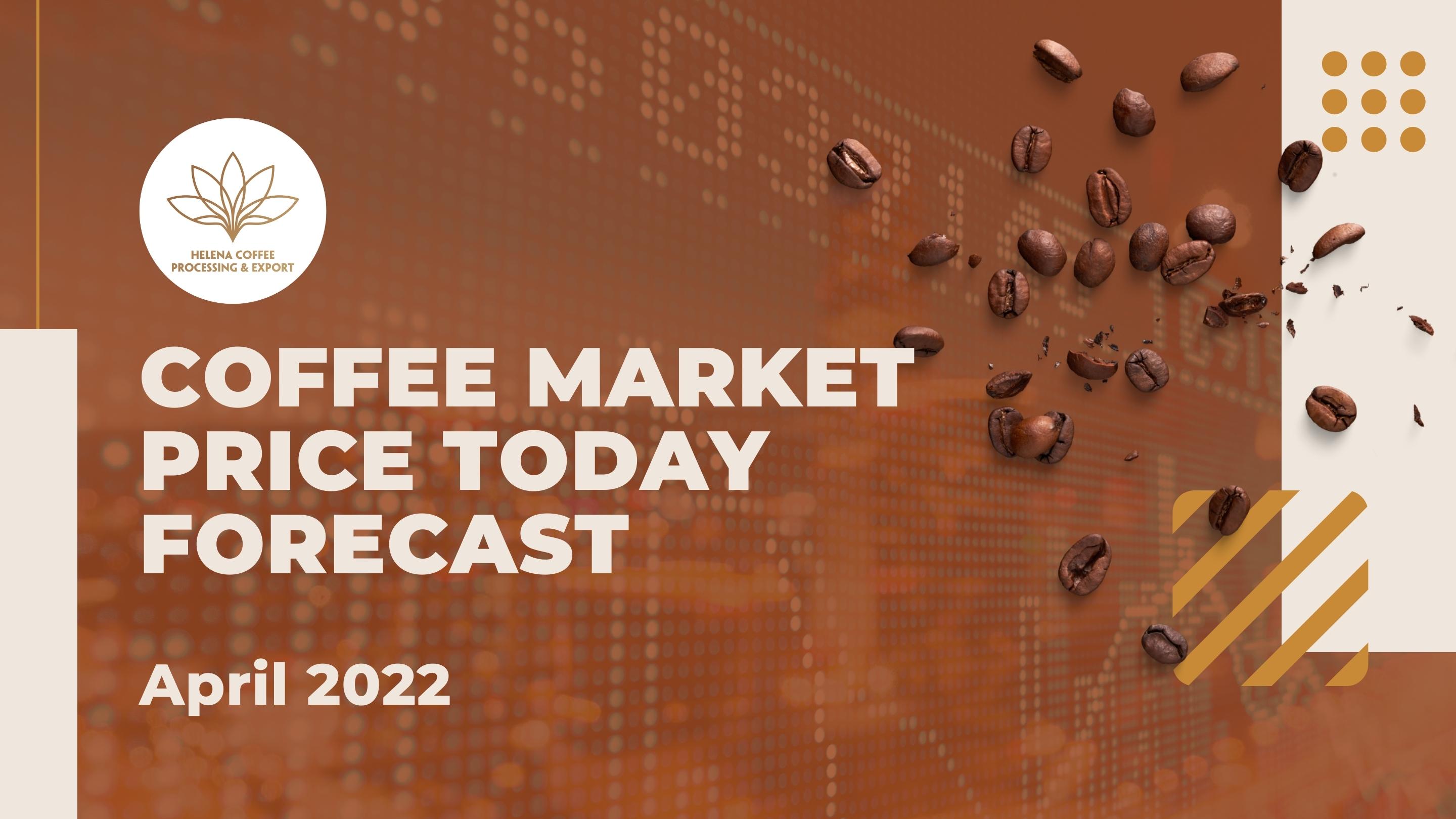 Coffee Market Price Today Forecast (April 2022) The world coffee market was mixed when hedge funds on the New York Stock Exchange turned to buy back after oversold in the previous days. How will the price of coffee in the market change in April 2022? Let’s find out below with Helena Coffee Vietnam.

In the last session, the world coffee market was mixed when the hedge funds on the New York Stock exchanges turned to buy back after being oversold in the previous days. Inventories on this Stock exchange decrease slightly, while Robusta inventories on the London exchange remain unchanged.

Earlier, Arabica coffee market prices fell sharply after Rabobank forecast that Brazil’s output this year will increase 31.8% to 41.1 million bags thanks to favorable weather so far this year.

Commodity markets continued to soften on the news that Russia – Ukraine will resume negotiations and promise positive developments. Besides, China’s continued closure of the Shanghai market (which may last for 5-10 days) has caused instability in the economic recovery of the world’s largest consumer of goods. The new wave of Covid in China has disturbed the market recently.

At the beginning of the week, the world coffee market simultaneously fell when inventories on the two exchanges continued to increase, influenced by the forecast of good Arabica coffee production this year. The war situation in Eastern Europe cooled down, pushing capital flows back to securities.

The world’s largest coffee cooperative in Brazil expects production to increase by 12.96% this year due to a “two-year” cycle with larger harvests. Accordingly, they wish to receive 6.80 million bags of coffee from members. At the same time, the cooperative also expects coffee exports next year to be 20.41% higher than in 2021, with a total of 5.90 million bags.

Next, Robusta coffee chart has a series of consecutive days of decline. On Tuesday (March 24), Arabica remained strong as foreign exchange capital continued to flow powerfully into the Brazilian stock market, supporting the country’s agricultural exports.

In the world market, coffee price, in general, continued to go up. Accordingly, the cost of online robusta coffee chart in London delivered in Apr 2022 was recorded at $2,148/ton after increasing by 0.56% (equivalent to $12).

Russia’s coffee consumption demand rebounded after a sharp decline in 2020. According to a Russian Agricultural Bank (RSHB) report, consumption in 2021 will reach 303,000 tons, of which 243,639 tons are imported.

Over the past five years, consumption has grown by 30%, with the concept of “coffee takeaway” being the primary driver of that growth. Currently, the average Russian drinks about 300 cups of coffee per year, equivalent to 60 liters/person/year.

As for instant coffee, historical consumption data in Russia in 2021 will amount to 93,000 tons. In 2021, the per capita consumption of instant coffee and other forms of processing (extracts, concentrates, and essences) in the whole country will be 0.7kg/person.

In January 2022, this country’s coffee imports data show that reached 20.8 thousand tons, worth 76.8 million USD, up 3.7% in volume and 34.9% in value compared to January 2021. According to the latest report from the Import-Export Department (Ministry of Industry and Trade).

Currently, Vietnam has 19 coffee-producing provinces. The area and output of Dak Lak accounted for nearly one-third of the total area and production with about 210,000 hectares, of which 194,000 hectares are for products; the average production is 520,000 tons/year.

According to forecasts, Vietnam’s coffee exports in 2022 will continue to be positive, thanks to the increasing demand for coffee, abundant supply, and trade agreements creating a competitive advantage for coffee. Vietnam and export coffee prices are likely to remain high.

According to the Import-Export Department, in the first two months of 2022, coffee exports to most traditional markets increased compared to the same period in 2021, except for Italy, the US, and South Korea.

Meanwhile, in 2022, the volume of the EU’s coffee import market is enormous, and Vietnam still has a lot of room to boost exports to this market bloc.

In particular, in the world’s top 5 markets, such as the US, Germany, France, Canada, and Italy, Vietnamese coffee has the advantage of export tax rates and an increasing supply of high-quality coffee. The growing trend of instant coffee consumption helps increase the benefit of Vietnam’s robusta coffee.