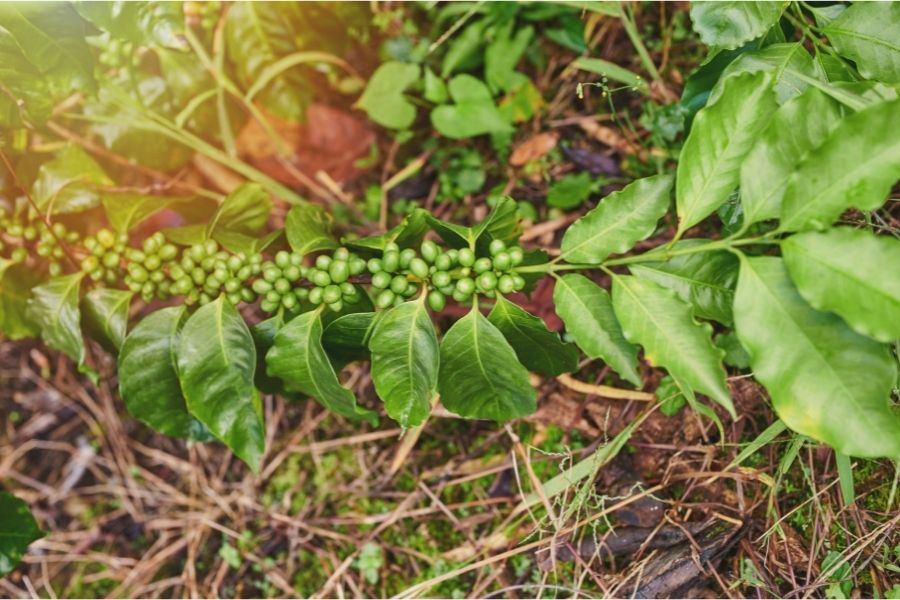 Following Helena Coffee’s publications, a friend inquired about management in nations such as Brazil and Indonesia. I’m now working on my master’s thesis, which is titled “Using market tools to manage price risk and offer credit for the Vietnamese coffee sector,” and I’ve already translated a few summary sections. Price risk management experience in nations such as Colombia, Costa Rica, and Brazil…

Please ask Helena Coffee to forward it to the entire family for review. If you have any thoughts or questions, please share them with your brothers and sisters so that I can learn more about the problem. I’ve never done business over coffee before.

Federacafé purchases coffee from growers processes it, and sells it to the domestic market as well as acting as an exporter (competing with a private company).

Federacafé’s major purpose is to protect farmers’ income by providing them with price guarantees. The National Coffee Fund, a stabilization fund, provides such a guarantee of domestic pricing. Federacafé manages this public fund, which operates under a contract that is renewed every year. Federacafé and private export enterprises are both covered by the fund, which operates at the export level. When world prices are low, financial resources earned during times of high world prices are employed to boost domestic prices.

During the late 1990s time of low coffee prices, when domestic prices were adjusted downward every few weeks to keep FNC debt-free, Federacafé examined the use of futures contracts and other measures to ensure that FNC money was not lost. However, prices surged once more, and those negotiations were put on hold.

Costa Rica has a unique coffee culture. Farmers do not sell coffee; instead, they carry it to a processing corporation, which processes and sells it on their behalf; earnings are shared.

Farmers will be paid in advance several months before their coffee is sent to the processing factory as part of the system. The processing company pays half of the money when the farmers ship the coffee, and the remaining payment (typically around 40%) is made after the coffee is exported.

The majority of the processors are private, although the Federation of Cooperatives of Coffee Growers holds the second largest processing group in Costa Rica.

This is a non-profit, private organization. Anacafé is merely a facilitator, not a lender or a broker. Farmers now have easier access to commercial bank loans because of Anacafé’s credit system, which was launched in 1994. Participation in this credit program requires the use of risk management techniques. This decreases the risk for banks, allowing them to provide credit to coffee farmers at the lowest interest rates possible (according to Anacafé’s estimates, this saves farmers money on interest rates). 10% of the loan value (about $2 million per year). Farmers felt that protectionist regulations were vital in helping them survive in the early years of the twenty-first century when coffee prices were at record lows.

As a result of this background, during the last ten years, significant efforts have been undertaken to establish a coffee futures market in the country. These attempts have not been totally effective (the largest contract currently traded on India’s Multi Commodity Exchange is Robusta coffee, with 145,000 contracts traded between the end of January 2007 and the end of April). The problem here is shifting international market customers to the domestic market; some, but not all, large trading corporations are opposed to this (commodity exchanges provide transparency and help smaller participants compete, and this is not in the interest of a single-player).that company number); difficulties in establishing suitable criteria; and this market does not draw many transactions because coffee prices are reasonably steady, at least during the period when large domestic exchanges begin these contracts. Nonetheless, attempts are continuing.

Nicaragua’s main source of income is coffee, which is grown by roughly 30,000 small growers. Nicaragua is a successful implementation country and one of the coffee-producing countries in the International Task Force on Commodity Risk Management (International Task Force on Commodity Risk Management) program. This is the program’s first transaction. The first transaction took place in October 2002, when a group of roughly 250 farmers purchased pre-harvest put options to mitigate price risk during the five-season crop’s selling period. As a result, farmers are able to postpone selling their crops right after harvest and better control the timing of their sales. A Swiss coffee trading company offers options on the over-the-counter OTC market.

Efforts to provide coffee producers in Tanzania and Uganda with price risk management have largely failed. In 1994, the Eastern and Southern African Trade and Development Bank (PTA Bank), a local bank, established a “Price Guarantee Contract Facility.” As a result, PTA Bank devises a pricing risk management strategy and extends trade credit to coffee and cotton producers (mostly focusing on post-harvest time and deed-based). Many workshops were held in eight of the member nations, with a large number of exporters and processors as well as one or two agricultural cooperatives taking part. However, over the second half of the 1990s, this price guarantee policy gradually faded away.

Tanzania’s largest cooperative – Kilimanjaro – was one of the first projects implemented by the International Task Force on Commodity Risk Management (International Task Force on Commodity Risk Management). Thousands of members of the Native Cooperative Union (KNCU) helped establish a price risk management program from 2000 to 2002. As a result, in 2002, he purchased a 700-ton coffee put option contract. Medium-priced solutions are available through a Dutch bank’s local bank, the Cooperative Rural Development Bank (CRDB). This enables the cooperative to maintain a minimum price guarantee for its members while also making additional payments if prices rise after harvest. The cooperative decides to hedge the risk for the next five seasons because the minimum price for members is higher than the price it earns for selling coffee. In addition, the cooperative was pushed to seek price protection for the 2002-2003 crop due to local bank financing.

KNCU, on the other hand, does not hedge for all succeeding years. One of the reasons is a change in the cooperative’s administration — the cooperative’s management does not believe prices will decline, so why pay the option premium? However, for a portion of its business, CRDB has incorporated price risk management.

SEARCH (Apoyos y Servicios a la Commercialization Agropecuaria) is a government agency in charge of providing services to the domestic agricultural industry, including the purchase of call options and contracts at discounted prices. rice, cotton, and coffee growers, as well as rice processing corporations, were given options. SEARCH was founded in 1991 as a subordinate of the Department of Agriculture to aid the transition of Mexican agriculture from a state-controlled market to a free market system.

ASERCA’s engagement in price risk management dates back to 1992/1993 when it first offered rice, oilseed, and cotton farmers the possibility to protect themselves against decreasing prices through the use of Chicago and New York exchange options and futures contracts, as well as a rice swap. The first year’s purpose is to ensure that enough money is available to subsidize farmers. Farmers’ option contracts were first launched in 1994, and the program was steadily improved and expanded. Put options for coffee producers and call options for farmers were introduced in 1999. Farmers purchase put options from local ACERCA offices, and ACERCA purchases options on their behalf at relevant exchanges through brokers in the United States. By combining the pricing risks of many farmers and hedging at the right markets, ACERCA effectively operates as a broker.

ACERCA funded two-thirds of the cost of the option and administered all posts centrally until 1997. In 1998, ACERCA subsidies were reduced to 50%. Farmers may also get bigger subsidies through a plan until 1999 (100 percent till 1998, 75 percent in 1998 and 1999). If they agree to pay a little charge to the fund, they can save (the fund is for investments and contingencies). Advanced training programs are also available through ACERCA, which is backed by US brokers.

Farmers have responded positively to the initiative. In 2000, the put option was employed in 17 percent of wheat production, 13 percent of rice production, and 32 percent of cotton production. However, the coffee producer’s appeal is still minor. One of the reasons is that many farmers are poorly structured, and education levels are often low.

Farmers are not compelled to buy put options at a set time, so they normally just buy put options before entering into a forward contract or selling on the spot market, according to critics and arguments on this risk management program. Second, rather than being a strategic price risk management program, the program resembles an income transfer program, in which money is transferred from the government to farmers.

Cooperatives looked to be an essential intermediate between farmers and risk management markets in the international development community in the 1990s. To some level, this is acceptable because most individual farmers are too tiny to efficiently manage risk, necessitating some type of organization.

ONE. This point of view, however, has shown to be useless in practice as a first lesson, for two reasons:

TWO. The second lesson is that, with KYC[2], direct participation in the futures markets in wealthy nations by farmers’ organizations from developing countries is nearly impossible. Farmers will need either a local exchange or a local middleman — a company large enough and knowledgeable enough to open trade accounts with brokers or banks in developed countries.

FATHER. The third lesson is that there are numerous advantages to combining risk management and credit provision. Credit unions can act as a gateway to risk management (especially if they already have the requisite ties with the international financial community) and offer the necessary cash to pay the premium [premium] or even cover margin calls. From the credit institution’s perspective, this will lower credit risk and create a new source of revenue.

FOURTH LESSON: There is no “one-size-fits-all” risk management solution. Even within a group, farmers prefer to have a variety of options from which to choose one or more. Risk management will range from farmer to farmer in terms of readiness to pay or give up some of the profit potentials if prices rise in the future. Plans are beneficial when they provide such possibilities.

FIVE. The concept of market-based risk management instruments, including futures, options, and informal products created from futures contracts, is also revealed in the final experience. For most farmers, this is not a difficult concept to grasp. Indeed, they are eager to learn whatever technologies will allow them to exercise their opportunistic choices effectively. While farmers are optimistic – and farmers all over the world are prone to underestimating risk – it means they want to lock in future prices when they are high, but not when they are low, because they believe the price will rise and it is not necessary to hedge against the danger of dropping prices.