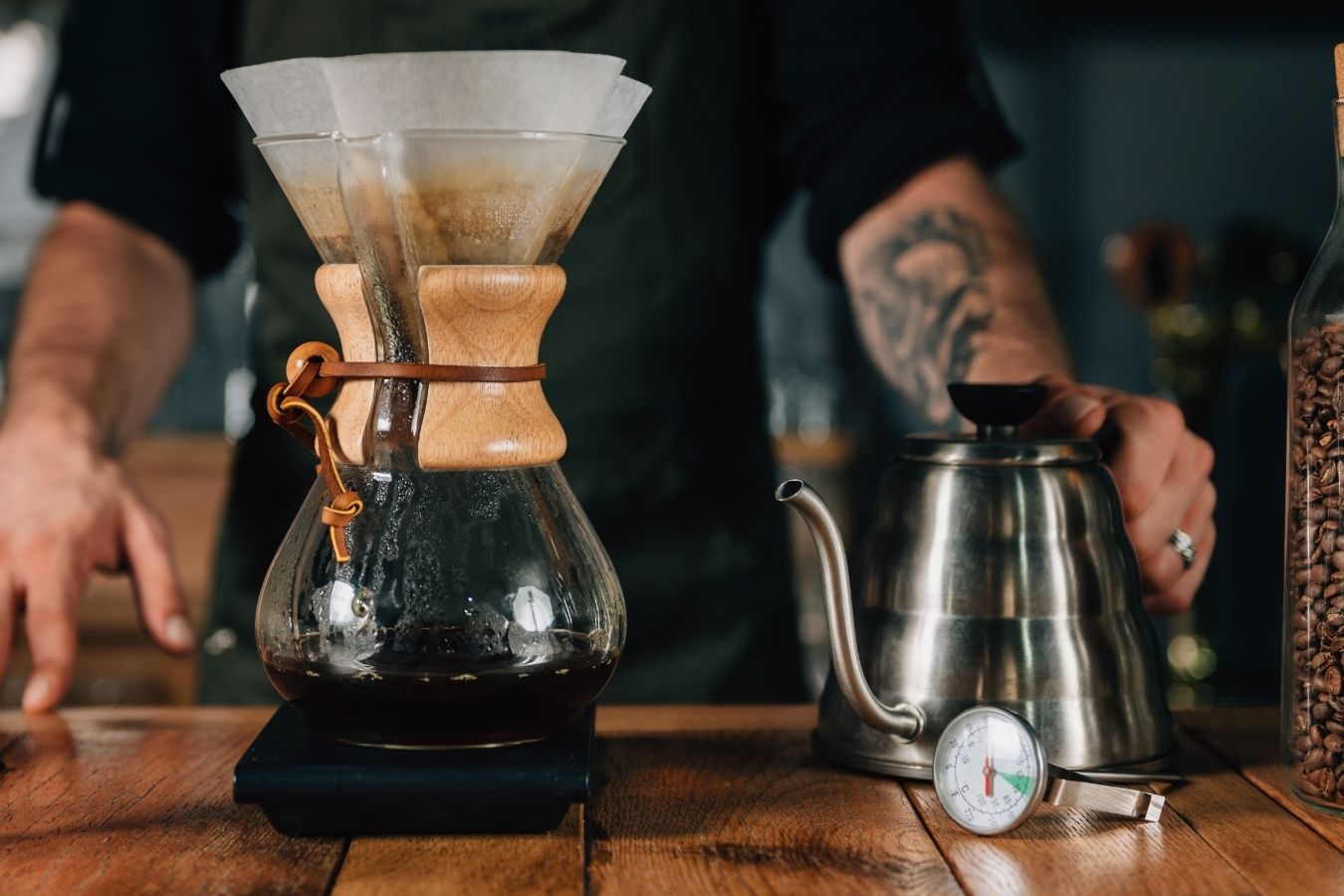 Coffee that is brewed by hand

It requires talent in the coffee industry to make a nice cup of coffee. The farmer’s skill, the processor’s skill, the roaster’s talent, and the barista’s expertise… all of these technical characteristics are, to some degree, the nature of a profession. A trade, or more accurately, a career. Hand-crafted coffee, on the other hand, keeps a relationship between coffee farmers and importers, roasters, baristas, cooperatives, and consumers throughout the supply chain.
The term “craft” has long been connected with “arts,” but it is now also used to describe a variety of meals and beverages, such as craft beer, ice cream, and wine. craft beers, craft wines, and, of course, craft coffees

It is a modest piece of the big coffee market share pie, yet it’s significant enough to entice the behemoths to its side. However, it has not truly grown; it is still personal and on a small scale. Craft coffees are all speciality coffees, but not all specialty coffees are craft coffees. There are only about 100 major and small coffee shops that follow the Craft coffee paradigm at current time. Starbucks has almost 25,000 outlets throughout the world.

Even the most well-known craft roasters, such as Stumptowm, Intellectentsia, Blue Chai, and Counter Culture, are now leading the craft coffee movement, which is still overshadowed by Starbucks.

Specialty coffee is a phrase used by industry professionals and trade groups to distinguish coffee that satisfies their high standards from the majority of coffee sold in the commodity market. Similarly, they use the phrase third wave to describe the most recent generation of coffees, emphasizing the two pillars of artistry and ethics in the speciality coffee umbrella. In other words, coffee from the second and third waves are specialty coffees with only minor differences in ideology.

You must first comprehend how Speciality Coffee differs from the rest of the world’s coffees, and then, on a specialty coffee oasis, you will discover a hilltop where gatherings are held. It’s a smaller subset of a larger trend, which we’ll name Third Wave Coffee today, but in the terminology of this essay, it’s The Craft Coffee.

Is my understanding of the third wave correct?

The word “third wave” is difficult to grasp for many coffee enthusiasts, and it does not capture the fundamental aspects of the movement. The third wave is sometimes referred to as the “third wave” by different persons or organizations. various expressions The media, on the other hand, has made a ruse out of the term, implying that a wide spectrum of citizens are willing to pay for their fine, sophisticated, high-priced coffee and attempting to transform something simple into something unfathomable… However, making coffee a little more complex can be beneficial! – see below.
Of all, “coffee” could not be more basic in terms of components – a bean that may be blended with water. However, the coffee bean is very complex, containing thousands of components that most of us are unaware of on a scientific level. Humans have been making wine for roughly 8,000 years and manufacturing beer for about 7,000 years, according to archeological findings. Coffee, on the other hand, has been harvested and drank since the 15th century, which indicates that it lacks at least 6,000 years of accumulated human knowledge when compared to wine and beer. As a result, brewing coffee, much alone decent coffee, is still a relatively new concept.

The greatest techniques for coffee cultivation and processing are still being developed everywhere, all the time, throughout the history of the coffee business. All attempts to improve (and thus complicate) the perception of coffee have proven successful: Coffee has never tasted better than it does currently in human history; nowadays, the number of individuals interested in fine coffee has risen tremendously, spawning hundreds of trends and prompting the Big Four (the coffee firms driving the third wave) to invest more. not to mention “Craft Coffee”

Handmade coffee from The Craft Coffee

Having saying that, making good coffee requires talent. The farmer’s ability, the processor’s ability, the roaster’s ability, and the barista’s ability… Cultivation, processing, roasting, and combining are all technical aspects that contribute to the nature of a vocation, or more specifically, a craft. “I feel that coffee is a craft, and that coffee drinkers are craftsmen,” Jessica Easto wrote in her book Craft Coffee.
Craft coffee, on the other hand, inherits the third wave’s philosophies, which include maintaining a sustainable supply chain relationship. In the ethics of the second wave of coffee, transparency and justice in the relationships between coffee farmers and importers, roasters, baristas, cooperatives, and consumers are critical. Craft coffee establishments, like as Stumptown Coffee Roasters in Portland, Ore., have “poured” three into the definition of Craft Coffee, making it easier for consumers to comprehend their coffee. Every coffee they roast has a backstory — where it came from, Stumptown’s relationship with the coffee farm, and so on.

Is craft coffee a popular beverage?

In general, Craft coffee has emerged as a small piece of the huge coffee cake, but it is significant enough for the industry’s behemoths to recognize it as such. However, it is still operational on a modest basis. Although speciality coffees include all craft coffees, not all specialty coffees are craft coffees. Handcrafted beans account up a modest percentage of total coffee consumption. There were only about 52 third-wave cafes serving Craft coffee as of the time you read this, in 2019. Meanwhile, Starbucks has over 25,000 outlets worldwide.
Stumptown (located in Portland, Oregon), Intellegentsia (based in Chicago, Illinois), Blue Chai (based in Chicago, Illinois), and Blue Chai (based in Chicago, Illinois) are the major craft roasters today (based in Portland, Oregon). Counter Culture (Oakland, California) (based in Durham, North Carolina). These are the brands that are credited with starting the artisan coffee revolution. They may be the biggest names in artisan coffee, but specialty coffee chains like Starbucks still overshadow them.

This idea came to Helena Coffee with the goal of taking Vietnamese coffee to the next level. It’s just a method for modern coffee connoisseurs to converse about their favorite beverage!