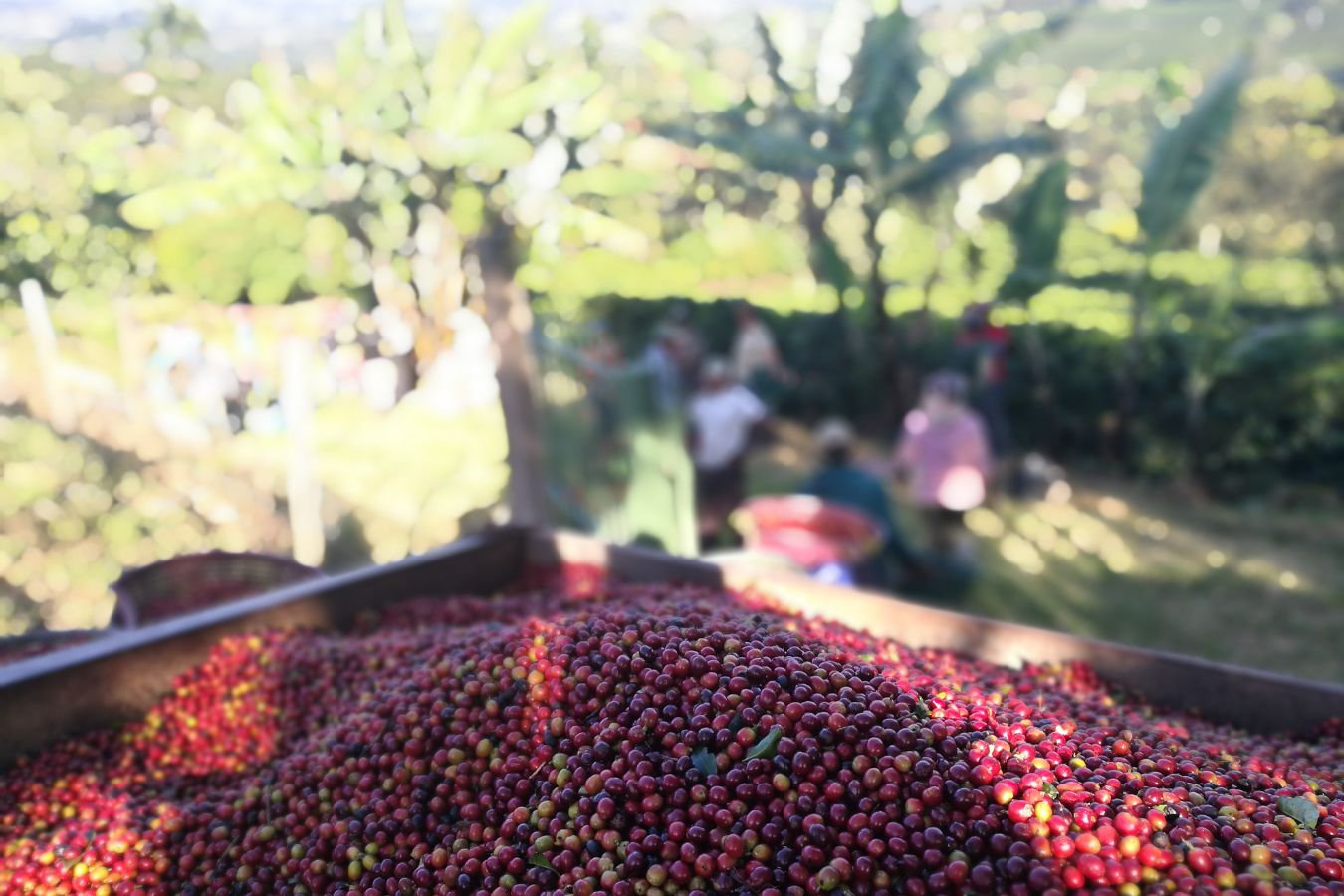 The geography of the area in which the coffee is grown may pose the greatest barrier to harvesting high-quality coffee. Great coffee necessitates elevation, therefore many coffee farms are found on steep mountain slopes. It can be difficult, if not plain dangerous, to navigate through the trees. However, this isn’t true of every coffee farm.

Large regions of flat ground at high altitudes exist in Brazil, where coffee is abundant. To harvest the cherries, the estates in these places send enormous machinery down the perfect rows of coffee trees. These machines shake the trees till the fruit falls off. Machine harvesting has a number of drawbacks, the most serious of which is the risk of collecting fruit before it is fully ripe.

Because the cherries on a coffee tree’s branch ripen at varying rates, each branch has both ripe and unripe cherries. The machines don’t discriminate and pluck all of the cherries at the same time. This means they must be processed after harvest to distinguish the ripe from the unripe fruit and remove the twigs and leaves that fall from the tree. The cost of producing coffee will be lower than any other harvesting method but at the sacrifice of overall crop quality. coffee

Because machines cannot operate in hilly locations, a large amount of coffee is still collected by hand. Hand-picking cherries is made easier by removing all of the cherries from a branch in one swift motion.
This is a rapid but inexact method of picking cherries, similar to machine harvesting.

Although it does not necessitate expensive equipment or level terrain, it nevertheless yields a jumbled bag of ripe and immature cherries that must be selected later.

Hand-picking is still the most efficient method of collecting high-quality coffee. Pickers only pick ripe cherries, leaving the unripe fruit on the tree to be harvested later. This is strenuous work, and growers must find ways to motivate their pickers to pick only the ripe fruit.

Pickers are compensated according to the weight of the fruit they pick, encouraging them to pick immature fruit to compensate for the lost weight. Producers who care about quality must work closely with their picking teams to ensure they are compensated for uniform ripeness.

The Problems Of Labour

Hand-picking coffee is becoming more expensive, and it accounts for a significant portion of the total cost of production. One of the main reasons why coffee from industrialized economies, such as Kona coffee from Hawaii, is so expensive is because of this. People in quickly developing countries just do not want to make a living picking coffee.

Many of these laborers are currently from Nicaragua, which has the region’s poorest economy. Finding people to harvest coffee is going to remain difficult, and at one point, Puerto Rico was even utilizing its prisoners to do so.

A coffee tree begins to bear fruit in clusters along its branches when it reaches maturity, which can take anywhere from 4 to 7 years. Often known as cherries, the fruit is green at first and becomes red when ready to harvest.

A pulp (called mesocarp) lies beneath the cherry’s crimson skin (called exocarp), as well as an exterior layer and a parchment-like covering the bean ( called endocarp ). Two oval-shaped beans, with their flat sides facing each other, are commonly seen inside these layers. Coffee cherries are harvested at different times depending on the area and altitude. There is usually just one harvest each year, which lasts 2 to 3 months as the cherry ripens.

Harvest takes place in countries north of the Equator from September to March. The harvest season runs from April to August south of the Equator. There will be two flowerings and harvests per year in some regions where there are no clearly defined wet and dry seasons. Kenya is one of these countries that has a major crop and a “fly” crop that is often significantly smaller than the main crop.

Coffee is traditionally harvested by hand using one of two methods: strip picking or selective picking.

Strip picking is exactly what it sounds like: trees are plucked all at once, “stripping” all the beans, ripe and unripe cherries, from the branches. Only Robusta coffee is often strip plucked. For Robusta coffee, modernization has offered a machine harvest that merely shakes the plants, knocking off all the cherries at once.

After being picked, the cherries are frequently sorted using several procedures to separate the unripe and overripe coffee from the rest of the batch. This is done by hand in places where labor prices are low and there is little money to invest in equipment.

The cherries are frequently separated using a flotation tank in more sophisticated countries. The cherries are thrown into a big tank of water, sinking to the bottom as the ripe fruit sinks. They’re poured into the main processing section from there. Unripe fruit rises to the top, where it is skimmed off and processed separately.