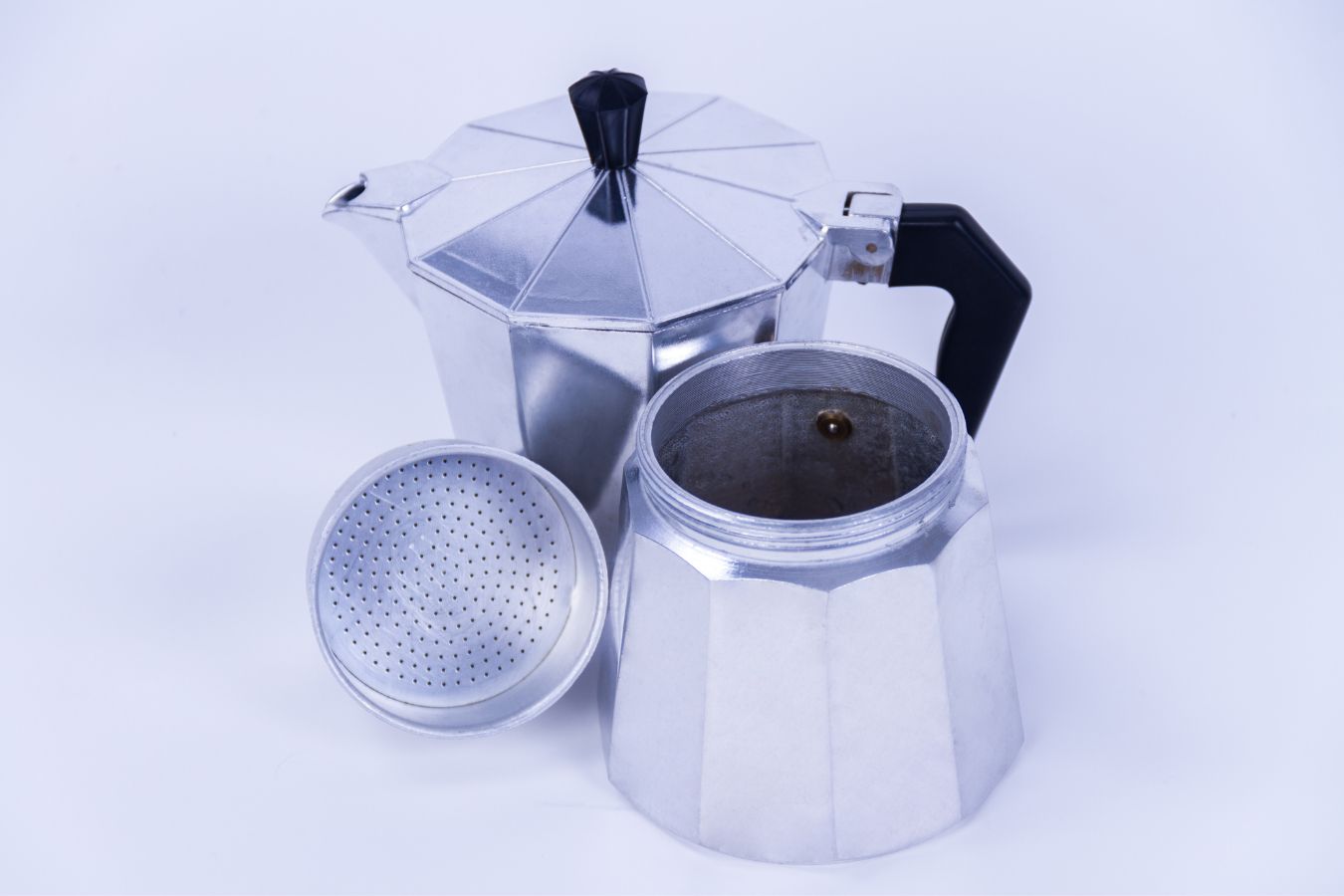 Because device moka pots was the first commercial by this brand, from its conception, Moka has been referred to as a “little coffee machine” using the same osmotic pressure theory as a Siphon bottle but constructed of metal and with a much more straightforward and more handy design.

You can look at the following exciting motion graphic on using Moka pot. Let’s Learn the History of Moka Warm Design with Helena!

The Moka kettle is known as the “small coffee machine,” with the principle of using osmotic pressure like a Siphon bottle but made of metal with a much simpler and more convenient design. This is the choice of many coffee lovers because it is cheap, easy to use, and very reliable.

You can use this device forever. Every life can be adequately stored because it has nothing to break. But most of all, the ability to promote the taste that Moka pot brings will convince the most demanding coffee devotees.

With the principle of operation based on osmotic pressure, Moka pot can sublimate the taste of highly healthy. Although slightly inferior to espresso, as it is still a home appliance, for the kitchen with a simple design, see more principles of operation of the Moka pot to understand better.

The Moka kettle was first patented in Italy by inventor Luigi De Ponti, and Alfonso Bialetti (1888-1970) was an engineer who acquired this invention in 1933. Bialetti is also the founder of Bialetti Industrie SpA, the Italian family kitchenware company.

The first design was called “Moka,” which is the name that made a design revolution as a symbol of the coffee industry. The classic design of the coffee vase with a balanced sheet metal body has been maintained for more than 80 years, which is entirely unusual in a world with constantly changing products.

From its conception, From its source, Moka has been referred to as a “little coffee machine” using the same osmotic pressure theory as a Siphon bottle but constructed of metal and with a much more straightforward and more handy design.

However, many variants of the Moka have been developed, including Mukka Express (also a Bialetti product that allows the addition of milk to enjoy cappuccino). But the Moka Express with the man’s logo pointing to the sky has always been a classic symbol of the coffee industry; today, the blueprint for the Moka Express is on display at the London Design Museum.

Before the Moka, there were no items in the kitchen made of aluminum. Soon after the advent of aluminum became the more familiar material in the kitchen, the mid-1930s was considered the golden age in producing aluminum products.

The combination of coffee and aluminum may have been inevitable, but before Moka Bialetti, there had never been any aluminum coffee-making equipment. The use of this novelty metal makes the Moka kettle even more special.

Espresso machines were born before the Moka Express but are bulky, expensive, and technically complex. Very few people have an espresso machine at home, so drinking coffee is primarily public. And when the Moka Express kettle was born, with a relatively more minor, cheaper, and easy-to-use design, it made it possible for many people to enjoy espresso at home.

From dispenser to symbol

Later, numerous additional manufacturers capitalized on Bialetti’s popularity due to the Moka Expres kettle, making even more variants with various enhancements. Bellman, for example, has a stainless steel Moka (CX-25 Series) that operates at higher pressures and can produce coffee with a thicker crema layer.

After The Second World War, Moka pot kettles from Italy were present throughout Southern Europe and became the norm in enjoying coffee. Its popularity has led European manufacturers to create more new designs inspired by the original Italian design. Bialetti has also created many generations of Mokas with different structures and functions.

However, what Bialetti’s moka pot made in the early stages of the party is an Italian symbol in the process of “revolutionizing” the brewing of coffee at home.

Stop here; you have learned about the journey from a brewing tool to the symbol of the coffee industry – Kettle Moka. Although it is impossible to compare the quality of coffee origin with a real espresso machine, the experience of brewing with moka pot appeal has never been unsuitable but always boiled over in the coffee maker connoisseurs for decades and even later.