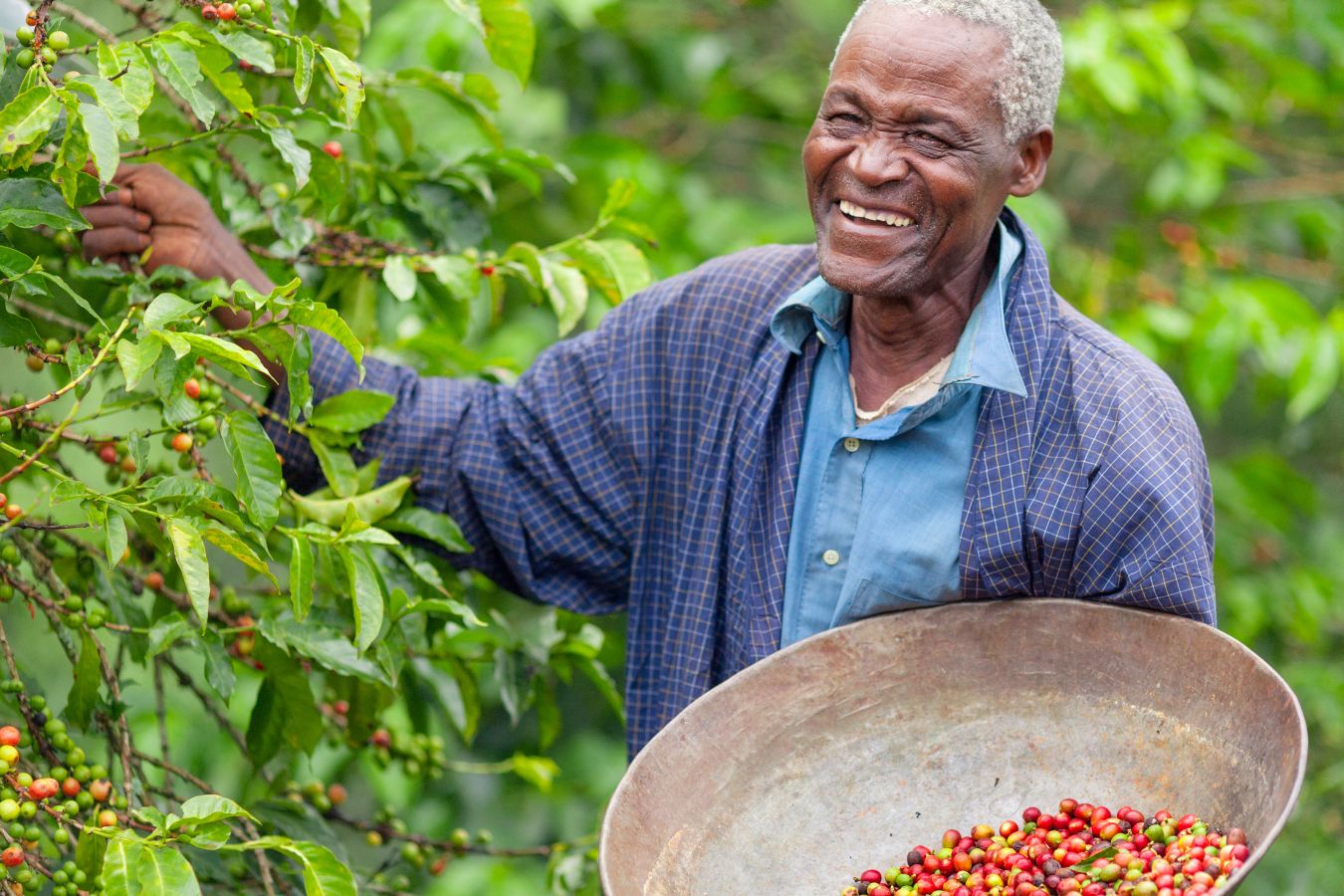 How Coffee Is Traded: Coffee is frequently stated to be the world’s second most traded commodity. It isn’t, and it isn’t even in the top ve, whether measured by frequency or monetary value. Nonetheless, ethical trade organizations have turned their attention to the way coffee is traded. The buyer-producer relationship is frequently portrayed as the First World exploiting the Third World. While there are those who desire to take advantage of the system, they are in the minority.

The cost of coffee is usually expressed in US dollars per pound of weight ($/lb). Coffee has a sort of worldwide pricing, which is referred to as the C-price. On the New York Stock Exchange, this is the price for commodity coffee. The topic of coffee manufacturing is frequently discussed in terms of bags.

If the bag comes from Africa, Indonesia, or Brazil, it will weigh 60kg (132lb), whereas if it comes from Central America, it would weigh 69kg (152lb). While bags may be the unit of purchase, coffee is normally exchanged on a larger scale by the shipping container, which holds roughly 300 bags.

Despite the fact that only a small percentage of coffee is sold on the New York Stock Exchange, the C-price serves as a sort of worldwide minimum price for coffee, the lowest price a producer will accept for his crop. A difference, or premium, is frequently added to the C-price for specific kinds of coffee. Costa Rica and Colombia, for example, have historically been able to obtain bigger coffee differentials, however, this form of trading is still mostly focused on commodity-grade coffee rather than specialty coffee.

The issue with basing everything on the C-price is that it is a moving target. Prices are often controlled by supply and demand, and the C-price is no exception. The market saw a spike in price as worldwide demand surged towards the end of the 2000s, and coffee supplies began to seem scarce. This resulted in one of the largest price increases in coffee history, with prices reaching over $3.00/lb in 2010.

This pricing was impacted by a number of reasons, including the infusion of cash into the business from traders and hedge funds looking for a quick profit. This resulted in an extremely turbulent market that had never been witnessed before. Following that rise, prices steadily decreased to levels that may be considered unprofitable.

Because the C-price for coffee does not reflect the cost of production, growers may find themselves in a position where they are losing money. The Fair Trade movement has been the most successful response to this problem, while there are many other sustainable coffee certification systems, such as those run by the Organic Trade Association and the Rainforest Alliance (see box).

There is still some misunderstanding about how Fair Trade works, but it has proven to be a useful tool for individuals who want to buy coffee with a clear conscience. Many people believe that the Fair Trade commitments are far broader than they are and that any coffee could theoretically be certified as Fair Trade. This isn’t the case at all.

To make matters worse, critics might easily claim that the farmer is not receiving the premium because of the coffee industry’s complicated financial operations.

Critics say that there is no traceability or actual assurance that the money is going to the producers and not being siphoned through corruption. Others criticize the concept for failing to provide growers with incentives to improve the quality of their coffee.

This has prompted many in the specialty coffee business to shift their sourcing practices away from the commodity model, in which coffee is purchased at a price dictated by global supply and demand with little concern for its provenance or quality.

The Industry Of Specialty Coffee

The many ways in which specialty roasters buy their coffee and their ties with the growers are described by a variety of terms.
Relationship The term “coffee” is used to denote a long-term partnership between a producer and a roaster.

There is generally a discussion and collaboration to improve the quality of the coffee and make the pricing more viable. The roaster would have to buy enough coffee in order for this arrangement to have the desired positive impact.

Roasters that want to express that they bought the coffee directly from the producer rather than from an importer, an exporter, or another third party, use the term “direct trade.” The problem with this messaging is that it minimizes the importance of importers and exporters in the coffee industry, portraying them as merely middlemen who take a cut of the producer’s earnings. This concept also necessitates the roaster purchasing enough coffee to make an impact.

Fairly traded could refer to a purchase that was made with a high level of openness and traceability and at a premium price. There is no certification to verify the purchase’s ethics, but people involved in the transaction are normally attempting to do the right thing. Third parties may be involved, but they are thought to offer value. Except when a consumer asks if a certain coffee is Fair Trade, this isn’t widely used.

All of these purchasing models are designed to encourage roasters to buy more traceably, eliminate unnecessary middlemen from the supply chain, and pay prices that encourage the production of higher-quality coffee.
These concepts and notions, however, are not without their detractors. It can be difficult to tell whether a roaster is genuinely buying the way they say they are without third-party certification. Some roasters may purchase coffees that have been traced by importers and brokers and label them as direct trade or relationship coffees.

For the growers, there are no promises of a long-term connection, with some coffee buyers simply pursuing the greatest lots of coffee each year. They are, however, paying a hefty price for it.

This method makes a long-term investment in quality difficult, but it should be recognized that certain middlemen, particularly those working on a smaller scale, provide an important service. Transporting coffee around the world necessitates a level of specialization and skill that many small roasters lack.

When purchasing coffee, buyers may find it difficult to determine how ethically sourced a particular coffee is. Some specialty roasters have implemented third-party-certified purchasing programs, but the majority have not. It’s safe to assume that if the coffee is traceable and has the producer’s name(s) on it, or at the very least the name of the farm, cooperative, or factory, then a higher price was paid.

The level of transparency to expect varies per country and is discussed in further depth in each of the sections on producing countries. If you locate a roaster whose coffee you enjoy, you should be able to inquire about their sourcing methods. Most people are eager to offer this information and are typically quite pleased with what they do.