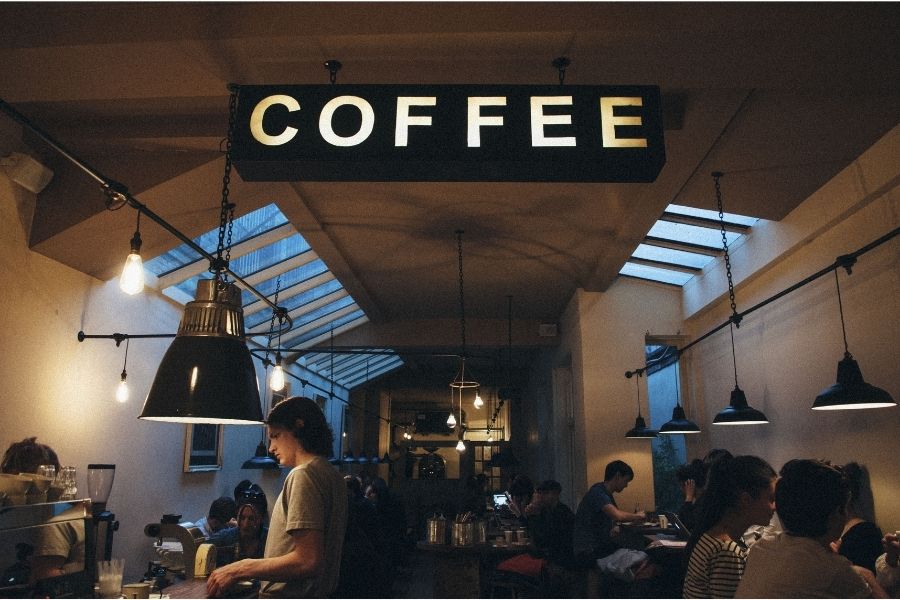 Journey Of Coffee – This is the narrative of how coffee came to be the way it is now, a story that is transforming the globe on a daily basis. It’s a narrative about religion, slavery, smuggling, love, and society, among other things.
Despite the fact that there are several gaps in the data, we may nevertheless trace each trail using stories based on facts and folklore.

One of the origin myths for green coffee bean is about a goat herder named Kaldi from Abyssinia, which is now Ethiopia. When a fruit turned crimson, I spotted a herd of goats who were abnormally energetic. Kaldi was curious, so he pluck a few berries to try, and he was enthused and energized by the fruits he ate, which later became known as coffee berries.

Coffee journey, Even before the roasted coffee beans, ground, and boiled to form a cup of coffee for us to drink today, coffee beans and leaves were used to keep the body awake.
Nomadic herders in Africa combined coffee beans with fats and spices. to create an “energy reserve” (verbally energy bar). This energy source will be used if you are going to be away from home for an extended period of time.

Because caffeine is released in large amounts when coffee is brewed with boiling water, they used both the leaves and the coffee pods, cooking both to create a drink that helps the body stay awake.

We believe that coffee was brought to Yemen and Arabia by African slaves. Sufi Muslims (literally, Sufis, also known as tantric Muslims) used to drink tea brewed from coffee berries in the 1400s. This drink, known as “quishr” or “Arabian wine,” will give them more energy and alertness, allowing them to pray all night. The word of a drink that gives the body greater energy is spreading quickly. This resulted in the creation of open places where merchants and scholars could mingle freely while drinking coffee. As a result, it’s sometimes referred to as a coffee shop (originally in the English version “schools for the wise” is translated from “qahveh khaneh” in Arabic).

Some people are concerned that the drink quiche will provoke religious tensions. Cafes, on the other hand, continue to open, enhancing the popularity of coffee for everyone.
To manufacture coffee drinks as we have now taken until the 1500s. The Arabs were the first to roast and ground coffee beans, which spread to Turkey, Egypt, and North Africa.

Beans coffee cherry the seeds of a cherry-like fruit are what we call coffee beans. When the berries, known as coffee cherries, are mature and ready to pick, they turn a vivid red color. The fruit is found in clusters along the branches of the tree. The exocarp (the outer layer of a coffee cherries) is thick and bitter. The fruit beneath it (the mesocarp) is much sweeter and has a grape-like feel. The parenchyma, a sticky, honey-like covering that protects the beans, follows. The endocarp, a parchment-like envelope that surrounds the beans, protects them from the elements. This shields the two bluish-green coffee beans, which are protected by a second membrane known as the spermoderm, or silver skin.

Each year, there is usually only one coffees harvest. Harvest varies by geographic zone, but normally takes place north of the Equator between September and March, and south of the Equator between April and May. Coffee is often harvested by hand, either by removing all of the cherries from the branch at once or by picking them one by one. The latter is more expensive and is only employed in the production of arabica beans.

Expansion of the British Empire

The Arabs safeguarded their coffee beans by boiling them during the early coffee trades. As a result, no buyer will be able to cultivate coffee.
However, some Sufi Muslims smuggled coffee beans from Yemen to India in the early 1600s. Simultaneously, some Dutch dealers were smuggling Yemeni coffee seedlings and growing them in Amsterdam.
Coffee was grown in numerous Dutch colonies, including Indonesia, by the end of the seventeenth century.

Varieties of coffee trees were established in the early 1700s throughout the Caribbean and South American territories. When the Dutch delivered the coffee tree to the French, they considered it a gift. The French then spread this gift throughout Haiti, Martinique, and French Guiana. The Dutch then planted coffee in Suriname, while the British transported coffee from Haiti to Jamaica across the colony.
A Portuguese naval commander from Brazil was dispatched to French Guiana in 1727 to collect coffee seedlings. According to rumor, this officer seduced the wife of the country’s governor, who then presented the officer with a bouquet of poisoned flowers including a coffee tree.
Coffee has expanded throughout Central America and Mexico from its origins in South America and the Caribbean. Then, in the late 1800s, coffee was taken back to Africa, which at the time was still a colony.
Coffee production has now spread to many parts of the globe, particularly in Asia.