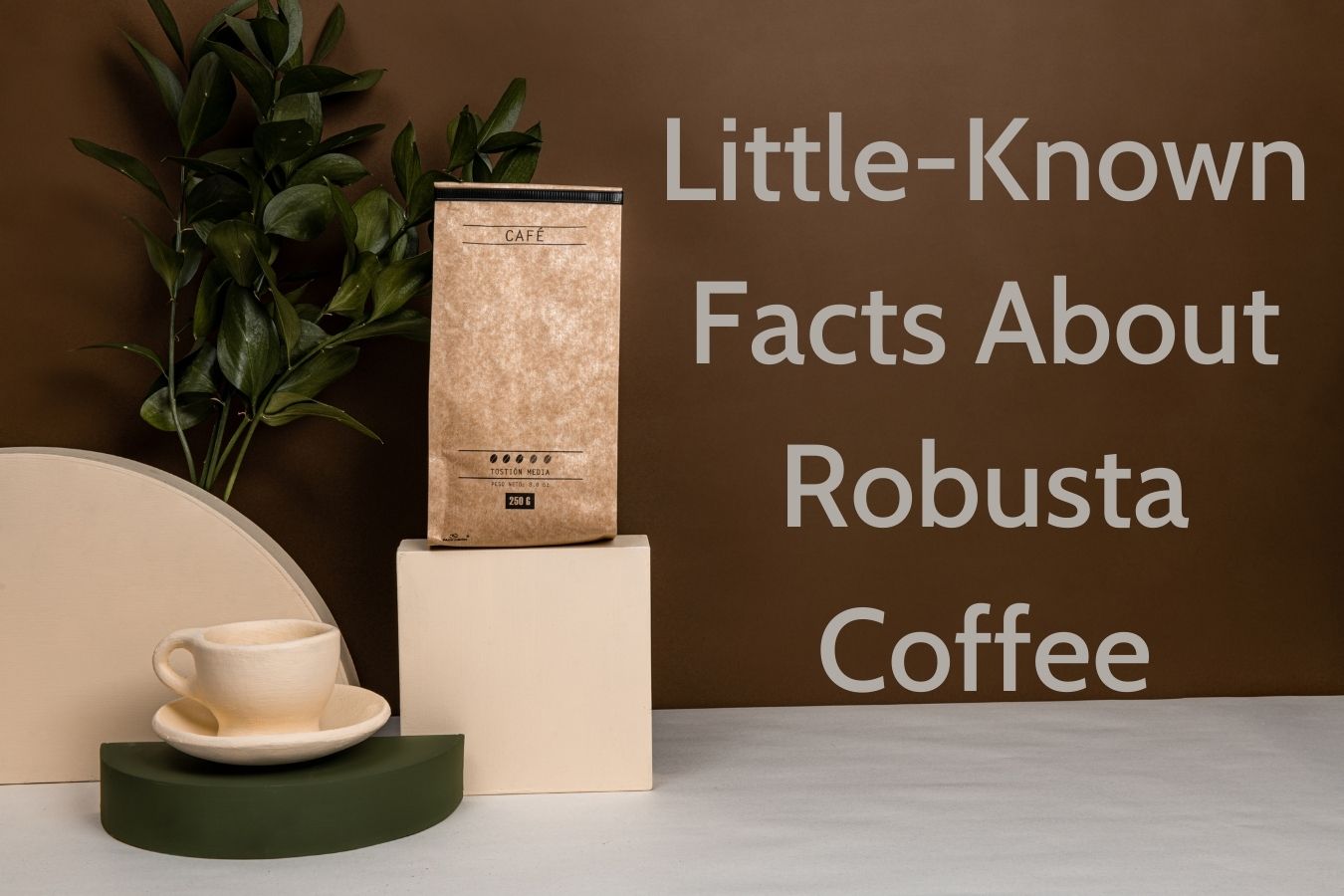 Coffee drinkers worldwide often refer to a fruit called Arabica when it comes to coffee. Arabica is the primary raw material produced annually in the world’s leading coffee exporting countries such as Brazil (?% Arabica, ?% Robusta).

In contrast, in Vietnam, the most well-known coffee variety is Robusta.

Robusta of Vietnam is famous in the world with a reasonably high yield per hectare (area unit), and the taste is incredibly delicious in some famous regions such as Buon Ma Thuot (Dak Lak) Lam Ha (Lam Dong).

More than 120 different coffee varieties have been researched and confirmed, but the ancestral origin of coffee is attributed to these two varieties: Arabica & Robusta.

Robusta, as its name suggests, is very powerful. Discovered in the Belgian Congo (now Zaira) in the 19th century, Robusta is famous for growing.

Robusta plants can grow and develop at lower altitudes than Arabica, where high temperatures and resistance to pests and diseases. Thanks to these properties, growing Robusta is cheaper than Arabica. In contrast, the taste of Robusta coffee is not as good.

In general, it isn’t easy to describe the taste of a cup of coffee. However, Robusta usually has a perfect wood, rubber, and burnt smell when tasting (a coffee tasting activity. Body & mouthfeel).

Robusta has remained a staple of Italy’s rich coffee-drinking culture for many years. But now, in some of the world’s major Robusta-producing regions, this type of coffee is mainly used to make instant coffee.

In instant coffee, regional price is more important than taste. And for this group of customers who consider coffee a quick drink, Robusta still plays an important role, accounting for about 40% of coffee consumption a year. This number often fluctuates due to the influence of price and demand.

For example, an increase in world coffee prices could lead to increased consumption of Robusta coffee, as coffee producers will switch to inexpensive Robusta coffee to replace raw materials from Arabica.

More interestingly, the coffee consumed occurred recently when coffee roasters used Robusta to replace Arabica in blends (usually found in the famous line). There is a slight decrease.

The taste could explain that Robusta contains almost twice as much caffeine as Arabica. It is also said that when the big coffee brands made a move, customers started to notice, and they decided to change their coffee-drinking habits.

Origins – is it a house, or is it different for them? Coffee consumers considered Robusta the ugly sister of Arabica until genetics was discovered. When the researchers compared the two genes, they found apparent indications that they were not cousins ​​or relatives. Instead, Robusta is exactly Arabica’s parent.

In the south of Sudan, Robusta combines with Coffea Euginoides and produces Arabica. This new plant began to spread and grow in Ethiopia, much longer than the coffee tree was born.

To date, 129 varieties of Coffea have been discovered and largely thanks to work at Kew Gardens in London, England, although most of them are superficially similar. Today, these varieties are still found in Madagascar or South Asia, or even in South Australia.