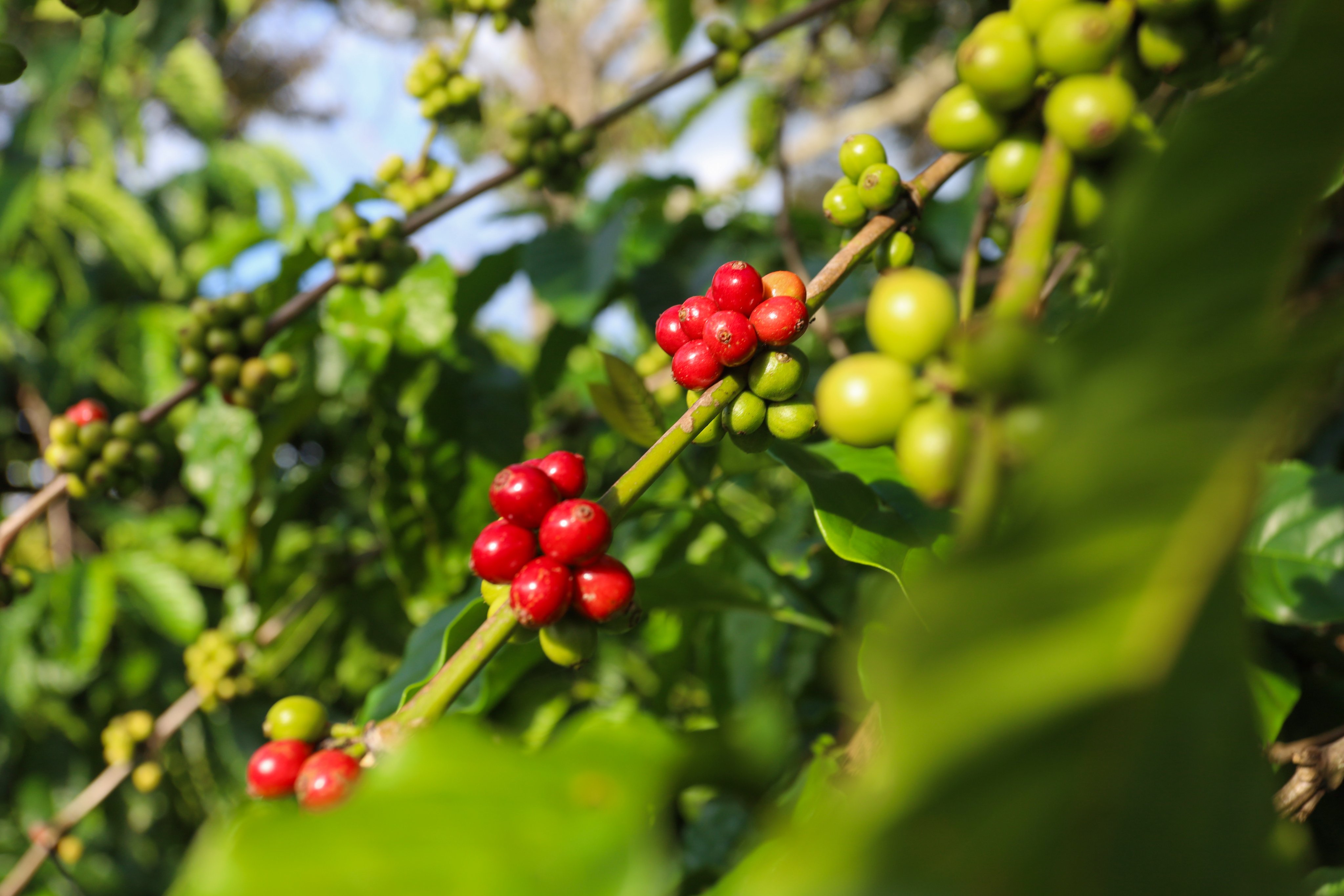 Robusta coffee – Origin & biological characteristics | Robusta coffee in Vietnam – Helena. JSC: Belongs to the genus Coffea canephora, along with C.Arabica; it is one of the world’s two central commercially grown coffees.

Robusta is also the mainstay of Vietnam’s coffee industry, contributing to holding the second position in the coffee output. However, it is also essential to know that Robusta accounts for less than 30% of the total structure of global coffee; the rest belongs to Arabica varieties and its accessories.

Robusta and Conilon are two sister coffee varieties with different characteristics and are shared under Coffea canephora’s scientific name.

Origin of the species

Coffea Canephora – Black coffee was first brewed in Congo – Belgium (in Africa) in the 1800s. Coffea canephora is also a de facto genre of the rainforests around Lake Victoria in Uganda.

Robusta coffee was introduced to Southeast Asia in the 1900s after a disease (Coffee Leaf Rust) wiped out the entire Arabica variety in Sri Lanka in 1869 (or 1867, according to Wiki), hitting most athletics in Java – Indonesia in 1876.

Foundation of Robusta coffee trees begins near the Lomani River, a tributary of the Congo River in Central Africa. Through a garden in Brussels, Robusta coffee from the Congo (Democratic Republic of the Congo) was shipped to Java. From there it was successfully recreated to establish vacancies in other countries such as India, Uganda and Ivory Coast – The craft and science of coffee

The Central African region is considered the source of two major commercial coffee species, Coffea arabica (Arabica) and Coffea canephora (Robusta). Although Robusta has long been considered the cousin (crazy) of the ugly Arabica, recent studies show that this is not the case.

It turns out that Robusta is the parent of the Arabica variety. By analyzing the genetic sequences of species of the coffee genus, scientists have discovered that, in southern Sudan, Coffea canephora crossed with another species called Coffea euginoides to create the Coffea coffee variety. arabica – ie Coffea arabica . Arabica coffee

The cultivation of Robusta started in the early 19th century – as noted above – because of the significant damage caused by CLR to C. arabica plantations in Asia.

According to reliable sources (Charrier and Eskes, 1997), Robusta coffee was brought to Java, Indonesia, in 1901 Democratic Republic of the Congo (Republic of Congo). These Robusta plants quickly became available in Africa and were adopted by early African farmers due to their vigor, yield, and resistance to CLR.

At the same time, several other wild Robusta species such as Kouillou, Maclaudi & Game, Niaouli, or Ugandan Coffea are also deployed in different countries such as Ivory Coast Guinea, Togo, or Uganda, respectively.

Since the 1960s, new clones of Robusta have been developed in Uganda, Congo, and later in Ivory Coast. However, not much has changed in characteristics compared to the original trees.

Today, only a few countries continue the program of commercial selection, with some improvements. This is typical in Ivory Coast. Where production has increased by 30% to 110%, and grain size has increased by 50%. Several new varieties were also developed in Brazil, called Conillon.

Even when some coffee trees are found up to 2300m above sea level, most species (67%) are adapted to a limited number of altitudes below 1000m. And Robusta is typical of that “adaptable” group. So they are grown in lower lands than Arabica (only in the 0-800m range).

Robusta, on the other hand, needs a lot of rain (1200–2500 mm), so most species that live all over Africa, like C. canephora and C. eugenioides, are usually found in the environment. Wet.

Robusta coffee is darker, acrider, and more bitter than Arabica, with more acidity. Arabica coffees are regarded as premium because of their smoother taste, greater acidity, and rich taste.

Because of this, Italian coffee (Espresso) always has 10-15% Robusta coffee to increase flavor and aroma. Create an attractive Crema layer.

And from production, processing coffee can give higher quality than regular coffee. Because there are many types of coffee and not all are delicious. So comparing Arabica and Robusta is sometimes not entirely accurate.

Coffee From Vietnam: The Story Of Robusta In Vietnam