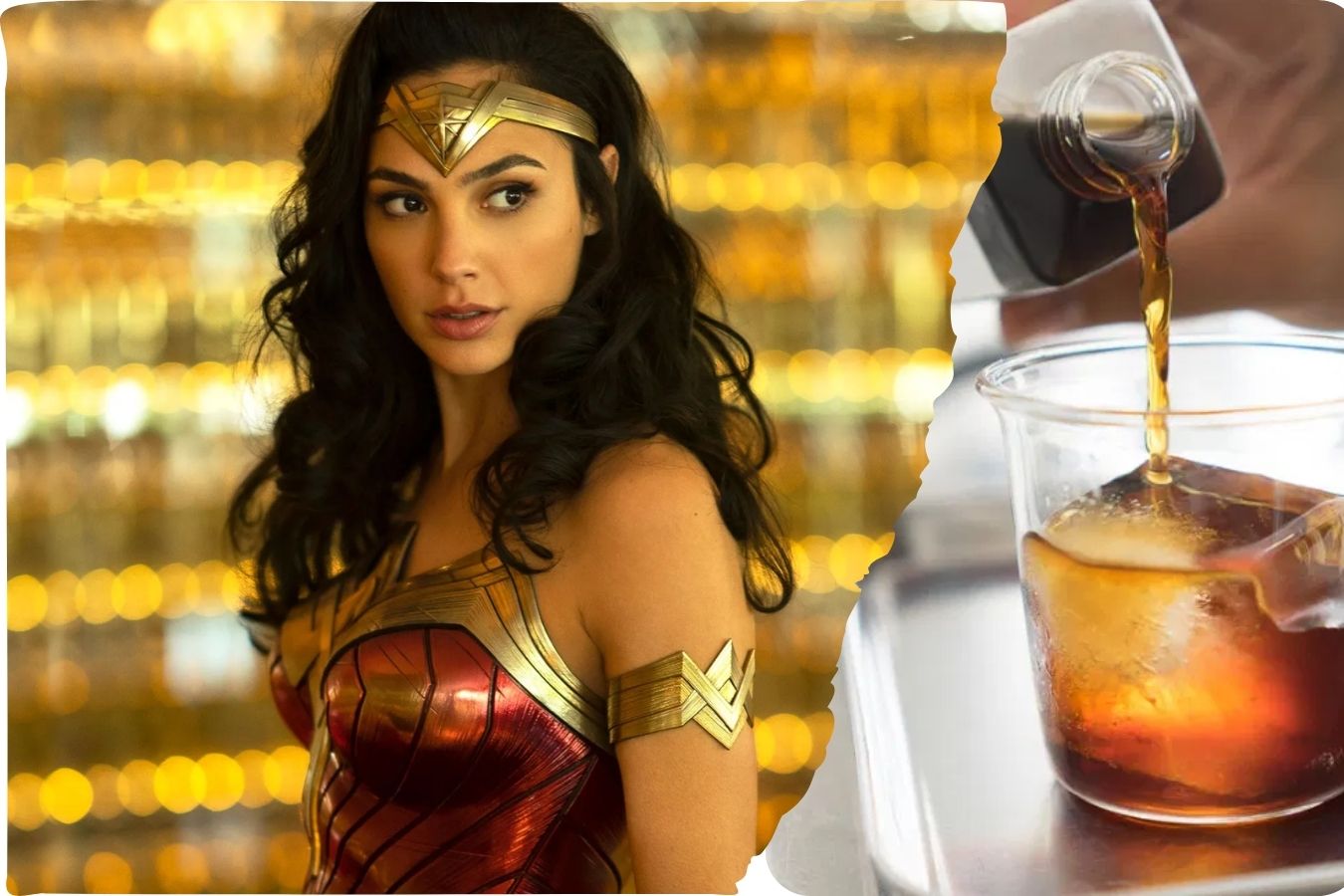 Cold Brew or cold brew coffee is one of the simplest of the brews. Just soak the coffee powder in the brewing water for a while. Brewed coffee reduces sourness, reduces bitterness, is mild and almost anyone can drink it.

Cold Brew and Wonder Woman are early early (like, size)

But little is known about it

Both Cold Brew and Wonder Woman were born very early. But both have appeared sporadically in history, not entirely known. With Wonder Woman, she was born hundreds of years ago. However, as in Comic anatomy information about her to humanity is not much. Her appearance is blurred through black and white photos of World War 1, I and then some pictures with teammates in World War II. And so is Cold Brew, the birth of this blend is also invaluable. equally obscure and known mainly by word of mouth. Just know that in the 17th century, how to make Cold Brew was born when merchant ships from Europe crowded across the oceans. And the most recounted story of the birth of Cold Brew is as strange and interesting as the way Wonder Woman was born ( For those of you who don’t know, Wonder Woman is the child of Zeus.)

The story goes that, during the long sea voyages of the 17th century, the crews encountered not only problems of piracy and food, but also sanity:

They are short of coffee to drink on long trips.

Sailors always wondered how to make a large amount of coffee at once and use it for a long time. Because normally, if they wanted to make coffee, they would have to boil water on the stove. Which is quite dangerous when the ships of that time were all wooden ships. Because of that, the problem of lack of coffee persists and has not been completely solved. Everything changed from a Dutch cruise to Japan.

The Dutch with the East India Company was one of the greats in the maritime industry of that time. The great merchant ships sailed through the sea lanes to trade many goods from the East. One of them is coffee from Indonesia, a Dutch colony at that time.

And on the way to transport coffee from Indonesia back to Europe, a Dutch captain discovered a very unique way of making tea while stopping in Japan.

Tea leaves are steeped by the Japanese with cool river water, not hot water. After a period of steeping, the flavors in the tea will gradually blend into the water and create a beverage with an extremely pleasant and elegant taste, much less acrid taste.

As soon as you enjoy that cold-brewed tea. The Dutch captain immediately had an idea in his mind.

“Yeah, why use hot water to make coffee? Use cold water to soak for a while.

And as soon as he returned to the boat, he quickly and the crew applied this method to coffee. They grind quite a bit of coffee and then steep it in buckets of fresh water. After more than a day of steeping, the coffee powder settles and the coffee water begins to turn a dark brown color. One by one, each person took a cup to try, and then everyone was surprised by the taste of that coffee.

This drink is not inferior to coffee when it is hot. Not only that, but it is also easy to drink with a sour tasand te, a milder bitter taste. Then the good news spread, this method was quickly shared by sailors with other merchant fleets. This cold brew coffee drink gradually became quite popular in bringing soberness to sailors of that time.

That’s how Cold Brew was born, but the growth and popularity of both Cold Brew and Wonder Woman, later on, areas pretty much the same.

Wonder Woman is becoming famous and widely known around the world. It can be said that this is partly because the wave of feminism and gender equality has grown stronger in recent years. With Cold Brew, the popularity and popularity of this beverage also partly comes from a new wave of coffee: the third wave of coffee. At this time, people are more interested in many aspects of coffee. About the origin, the way of making, the taste… of high high-quality. Along with that, people are also interested in new ways of making coffee, helping to bring more flavors to the coffee.

In the new wave of coffee, Cold Brew now no longer focuses only on sobriety, but also gradually improves on flavor quality. Not only that, but today Cold Brew coffee is also more popular than ever. Everyone can easily make cold brew coffee at home or buy it at a coffee shop

And in Japan, which inspired the birth of cold brew coffee. The old-fashioned way of making cold brew coffee has been refined and turned into a more legendary brew: the Kyoto Drip.

In short: There is no connection between Cold Brew and Wonder Woman. However, everything has a certain connection if you pay close attention. In addition to the two similarities above, do you think there is any connection between these two subjects? If you can find it, please let Helena know. Helena would like to thank you for reading this far.

Some Interesting Facts about Cold Brew

To find out why Cold Brew coffee is so juicy, you can watch the video below:

Q: How does this cold brew taste?

A: Sweet, less bitter, and mild.

Q: Why is it less bitter, sweeter?

A: Due to the use of cold water and low temperature, the extraction capacity of coffee will be lower than that of hot brew. Coffee is usually extracted in the following order:

Because of that lower extraction capacity, cold brew coffee has a harder time producing bitter or Umami flavors.

Q: Does drinking have as much caffeine as hot brew?

A: According to research, less caffeine than Hot brew.

Q: How to make Cold Brew?

A: Use any bottle you have, as long as it is sealed. Just pour the coffee powder into the bottle, then add water according to a certain ratio. Then finally put it all in the fridge. Wait about 10-20 hours, then bring out the coffee grounds and drink them.

And if you are missing a mixing tool, then you may not know. Helena also has a tool to help you both make Cold Brew and make a water bottle. You can see more about it here: Cold Brew Tumbler

Q: What coffee do you use to make Cold Brew? (Eternal question)

“No coffee that you drink is not coffee

But the most important thing is what we taste.

Indeed, if you want to find the right coffee to make coffee. Please answer the question about your favorite coffee flavor.

Wish you have your favorite Cold Brew coffee.