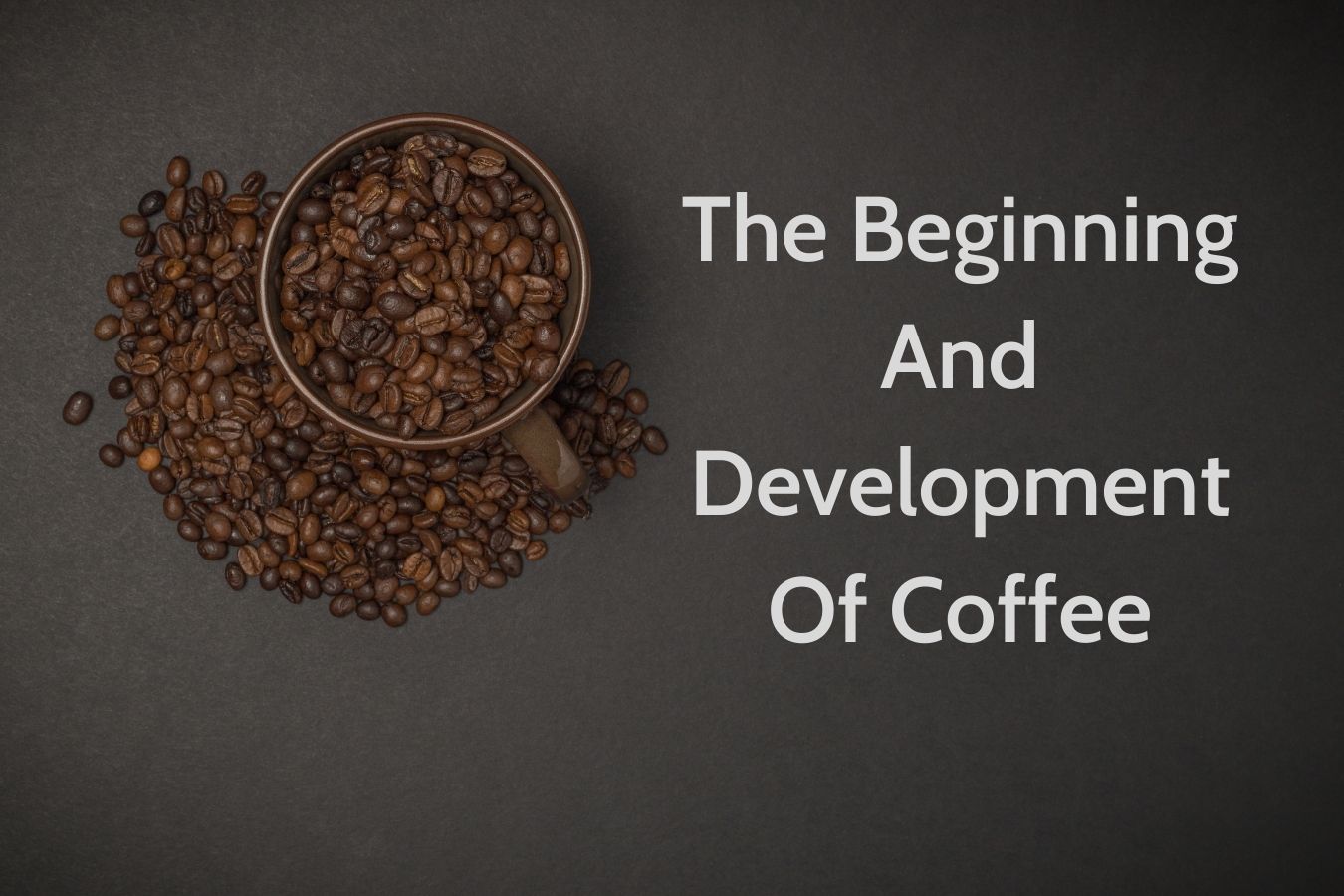 A story has been circulating since the time of Ethiopian goat herders- They were surprised by the strange behavior of goats after eating ripe coffee berries. One thing they know for sure is that it was a nutritious food and was used as food for slaves in the plantations, common from Sudan to Yemen and Arabia, the main gateway to the modern world now.

Mocha is considered a symbol of coffee. Coffee was certainly grown in Yemen in the 15th century, possibly much earlier. Today, Mocha is an important major port on the route to Mecca and is also the busiest in the world. But at that time the Arabs had a ban on the export of any seeds or plants. So coffee cannot be grown anywhere else.

The coffee bean is the inner part of the coffee fruit, but when removed from the shell, it becomes less valuable at that time.

Silent races to bring coffee seedlings or its seeds took place but were unsuccessful, however, the Germans (Dutch) succeeded when they arrived here in 1616. It was these people who brought it. Holland (Holland) to grow and grow it in a greenhouse (Greenhouse).

Initially encouraged by the Yemenis to drink coffee, it was considered an extremely effective drink even more than Kat, a shrub whose roots and leaves are chewed as a stimulant, pain reliever, and stimulant. can be addictive.

The first cafe that opened in Meca was called “Kaveh Kanes” they quickly became widespread in the Arab world and were very successful, where people could play chess, chat, exchange, and sing. Dancing, dancing, and enjoying music. They decorate them with luxuries and in distinctive personal styles. No place quite like the cafes existed in that era. A place where socializing and business activities can be freely discussed everywhere but not everyone can go there because the price of this coffee drink is too expensive.

Arabic style Cafés soon became centers of political activity and prohibitions were introduced by the government of the time to limit its development. several times over the centuries that followed, but it still managed to exist in different forms despite the ban. Even a solution has been proposed that is to impose a very high tax on coffee and coffee shops.

The Germans also planted coffee in Malabar, India, and in 1699 it was brought to Batavia, Java (Indonesia). During that time the German colony was the main source of coffee for Europe. Today, Indonesia is one of the top four coffee exporters in the world.

Merchants in Vienna (Italy-Venetian) brought coffee to Europe for the first time in 1615. This is also around the same time that two of the most important and most popular beverages appeared in Europe. It was the first hot chocolate brought by the Spaniards from America to Spain in 1528 and tea was first sold in 1610.

At first, coffee was sold as lemonade in junk shops and was considered a medicinal drug with very good properties. The first coffee shop opened in Europe in (Venice-Italy) in 1683. The most famous is the Caffe Florian in Piazza San Marco, open since 1720, it is still open today.

The insurance market, one of the largest in the world, was also developed here by (Lloyd’s London), starting with a Café, it was founded by Edward Lloyd, who often provided listings of ships. for customers who needed insurance at that time.

A café was introduced as a beverage in North America in 1668 possibly even earlier, soon after that coffee shops were established in New York, Philadelphia, Bost, on and other cities. The Boston Tea Party Café and The Green Dragon, This is where the New York Stock Exchange and Bank of New York started. Today, this administrative area is the famous financial district Pho Wall (Wall Street).

In 1720, Coffee was brought and planted in America. Perhaps the most intriguing and captivating of all coffee romances is the story of Gabriel Mathieu de Clieu, a French naval officer serving in Martinique, who left Paris for America in 1720. With the help of a few followers.

He offered to bring the coffee tree with him back to the boat. This plant has been kept in a glass cage on the table to keep warm and to protect the coffee tree from being damaged by seawater. This adventure is a special event. It’s called: Mathieu de Clieu– the wonderful adventure journey. During the long adventure on the ocean, the Tunisian prisoners rebelled and threatened the ship, along with fierce storms coming, causing the ship and its participants to meet. many difficulties. Many malicious people have blamed the coffee tree itself for evil luck and it is because of it that they always have bad luck. Many haters tried to sabotage this tree.- The protective glass jar was broken. A fierce battle has been fought to protect this precious coffee tree from its supporters and within the coffee tree itself,

Then, the most dangerous is when the ship is stationary because there is no wind to continue. Drinking water is limited. De Clieu had his rations and he spent most of it watering his precious coffee tree. It has survived as well as you.

Finally, after many difficulties, the ship arrived at Martinique and the coffee tree was replanted in Preebear. Where it was surrounded by hedges of thorns and slaves. It grew and produced many other trees and the first crop was harvested in 1726. A record was set in 1777 that between 18 and 19 million coffee trees were planted in Martinique. A symbol of New York’s growth from here.

The Germans were also the first to develop coffee quickly in Central and South America. Today, it reigns supreme as a major source of foreign exchange on the continent. The coffee was first brought to the Surinam continent in 1718, followed by French Gu, yana, and first in Brazil, Para. In 1730 the English brought coffee to Jamaica. This place produces the most expensive coffee in the world, grown in the Blue mountains. In 1825 South and Central America were here where the destiny of coffee was fulfilled. Coffee trees are also grown a lot in Hawaii, it is here that American-style coffee is produced a lot, also the best coffee to date.

North America is the largest coffee consumer in the world. Seattle is the soul of coffee. The humid American city is the birthplace of the very successful ‘Latte’ coffee, an American culture. There have even been plays to prove and promote the quality and use of Latté coffee.

American beverage, nowadays in any public place there are one or more coffee carts served with coffee and snacks.

It was this new coffee culture that spread around the world. Go to many other countries and coffee has been developed with many other varieties. Café also follows the style, tradition, and culture in each place where it is present. Like Italy, Germany, and Scandinavia. …more interesting things with quality as well as satisfying according to their styles and characteristics.

Today you can find a lot of good cafes in any major city in the world. from London to Sydney, Tokyo, New York, Saigon… In the future, the world will drink more coffee and more importantly, there will be more delicious coffees appearing.

Coffee Is A Global Commodity

To say that coffee is very important in the world’s economy is not an exaggeration. It is a traded product of great value compared to many other commodities traded on the world exchange market. For many years its transaction value was second only to Oil and was considered an important source of foreign currency for the development of the country. The process of growing, processing, trading, and transporting coffee provides millions of jobs for many people around the world.

Coffee has become an economic and political thing in many developing countries and developed countries.