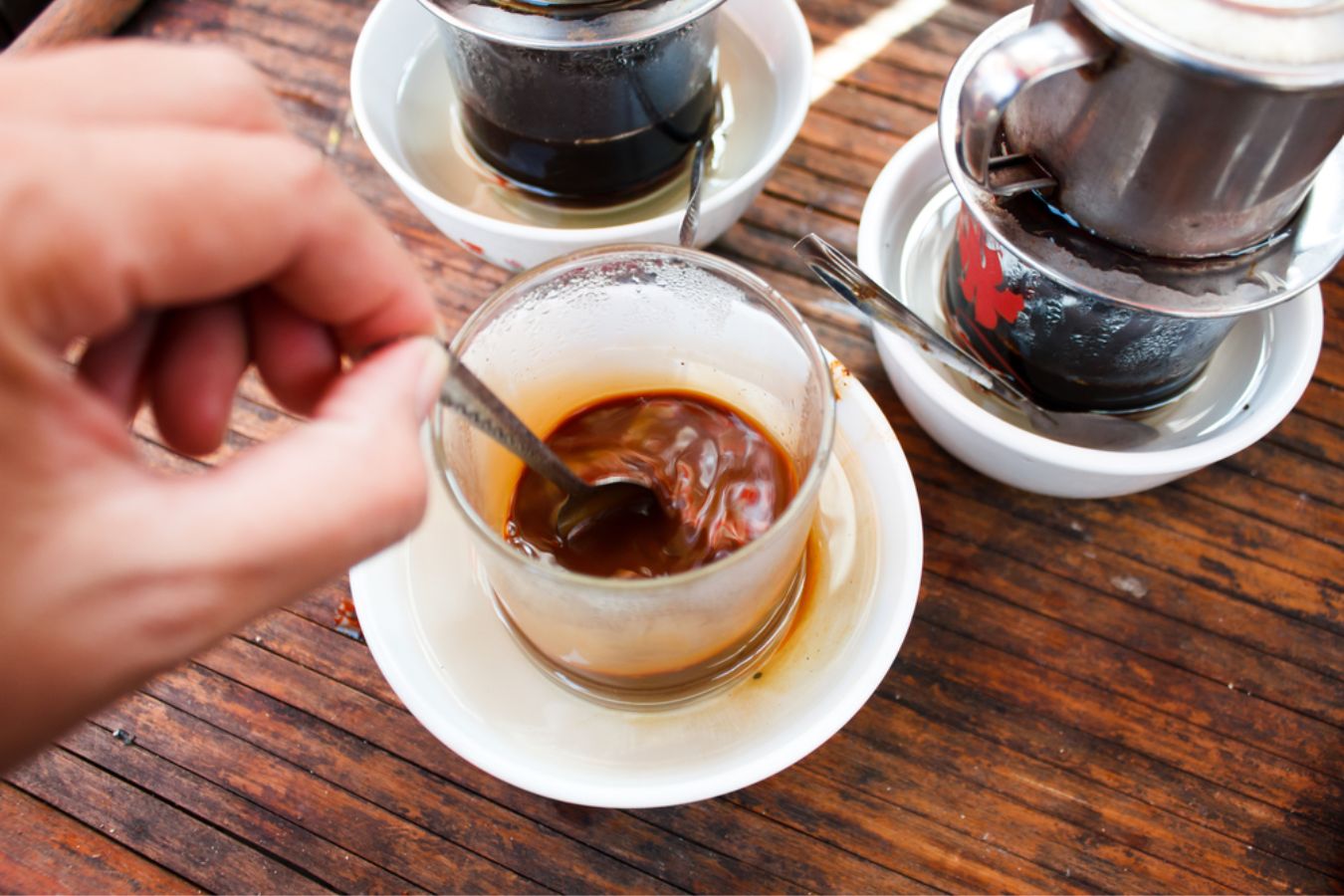 This sort of mixture is unlike anything that has existed around the globe for approximately 540 years, and it is not the same as what has previously been reported in newspapers or on the internet.

That is the core of the old “Mi” Ya Be from the Ede people’s Brah village in Cu M’Gar district (Dak Lak), one of Vietnam’s and the world’s “capitals” of the coffee tree. gender.

The Ede people (“Children of Gods” in the Ede language) are the oldest settled ethnic group in the red basalt area of Vietnam, which is regarded as the best in the world

Coffee that has been ripened three times

The indigenous Ede people have been forced to work in coffee plantations since it was first tried and subsequently, mass planted on Cu M’Gar territory (approximately 1912-1914). The French were the first to invent coffee. Because the Ede people have grown, lived, and died among coffee trees for the past 100 years, they have learned and developed a distinct method of making and drinking coffee that reflects their own qualities.

Ede women learned how to select the best ripe coffee berries from wild creatures such as deer, monkeys, and especially weasels a long time ago. For each annual harvest, the “m” or “am” (ie the main breadwinner or mother in each Ede “matriarchal” family) selects the best ripe coffee cherries (nine times first), removes the shell, dries it in the kitchen floor to remove impurities, and stores it as a prized possession in the house.

Although the Robusta coffee tree is the most common in Dak Lak, each Ede household also plants a few more coffee trees, tea (Arabica), and coffee jackfruit (Chari, Liberia). The new “Mis” decides to bring the “treasure” coffee to make it for everyone to enjoy whenever there is a special visitor or a major holiday.

The first step in this method is to roast the special coffee beans with chicken fat or a little amount of chicken fat that has been dried on the kitchen floor indicated before (each time just approximately 0.5kg for more than 20 minutes). white wine, a pinch of salt The “eyelids” choose their own mixing recipes and carry them out immediately beneath the master kitchen (main kitchen).

The coffee fruit is now in its second stage of maturity. The pleasant aroma of coffee is spreading from the master kitchen at the bottom of the house to the guest kitchen at the top of the home at this time.

The younger Ede women in the household will collect clean water at the village’s waterfront using sacks and dried gourds. The Central Highlands people regard the water from the stream flowing through the water pipes at the wharves to be the cleanest, and they frequently go down to the wharf when the sunsets. If it doesn’t rain, these women will pound the roasted coffee beans into a fine powder on the porch with a pestle and wooden mortar.

Before the “eyelids” are cooked with boiling water, the coffee powder will be sifted to remove contaminants (the third time).

The Ede branches have slightly distinct customs at this stage. People in Ede Kpa frequently dissolve the powder in hot water. The Ede Adham place the powder in a small cloth funnel bag and drop it into a boiling kettle, allowing the coffee essence to slowly permeate into the water.

Young Ede women complete the last stage of pouring coffee into each cup or cup in the main house’s living room. The aroma of coffee pervades the typical Ede long home, delighting the “highest visitors.” The “mistresses” enjoy making and drink coffee.

It’s worth noting that the Ede people’s “stylish” coffee-sipping method involves bringing the cup of coffee up to the nose to smell the flavor before drinking. “By doing so, the profound flavor of the coffee will permeate deeply into the sense of smell, and you won’t be able to forget it even if you only drink it once,” remarked old Ya Be.

It’s amazing what a few little beans can accomplish. There are so many different sorts of coffee drinks to discover, whether you’re a coffee virgin or a coffee enthusiast. Here are a few of the most common types of coffee that people order across the country.

With ground coffee beans soaked in hot water and served warm, black coffee is as simple as it gets. If you wish to be more formal, you can refer to black coffee as “café noir.” Coffee’s quality is extremely crucial because it isn’t sweetened with milk or sugar. To select your favorite coffee subscription box, treat yourself to one.

The latte is the most popular coffee drink, consisting of a shot of espresso and steamed milk with a touch of froth. It can be ordered simple or with a flavor shot of vanilla, pumpkin spice, or a combination of the two. (Learn how to create a Starbucks pumpkin spice latte at home.)

A cappuccino is a latte with more foam than heated milk, usually topped with cocoa powder or cinnamon. You can sometimes find varieties that use cream instead of milk or that include a flavor shot.

Cold Brew is frequently portrayed as iced coffee since that is how it is commercialized, particularly by large coffee chains, but it is so much more.

There’s nothing wrong with drinking cold brew with ice, but don’t be fooled by other varieties of iced coffee, such as:

Ice has been placed in the container exactly under the draining coffee for the Japanese brewing method. Coffee will be instantly chilled after being brewed with hot water in this manner. Coffee drips will freeze as they fall into the ice.

The flavor will not alter regardless of the brewing method used; the only difference is the temperature.

The americano is made up of an espresso shot diluted in hot water and has a flavor comparable to black coffee. Pour the espresso first, then add the hot water if you’re brewing your own.

An espresso shot can be served on its own or as the base for a variety of coffee drinks, such as lattes and macchiatos.