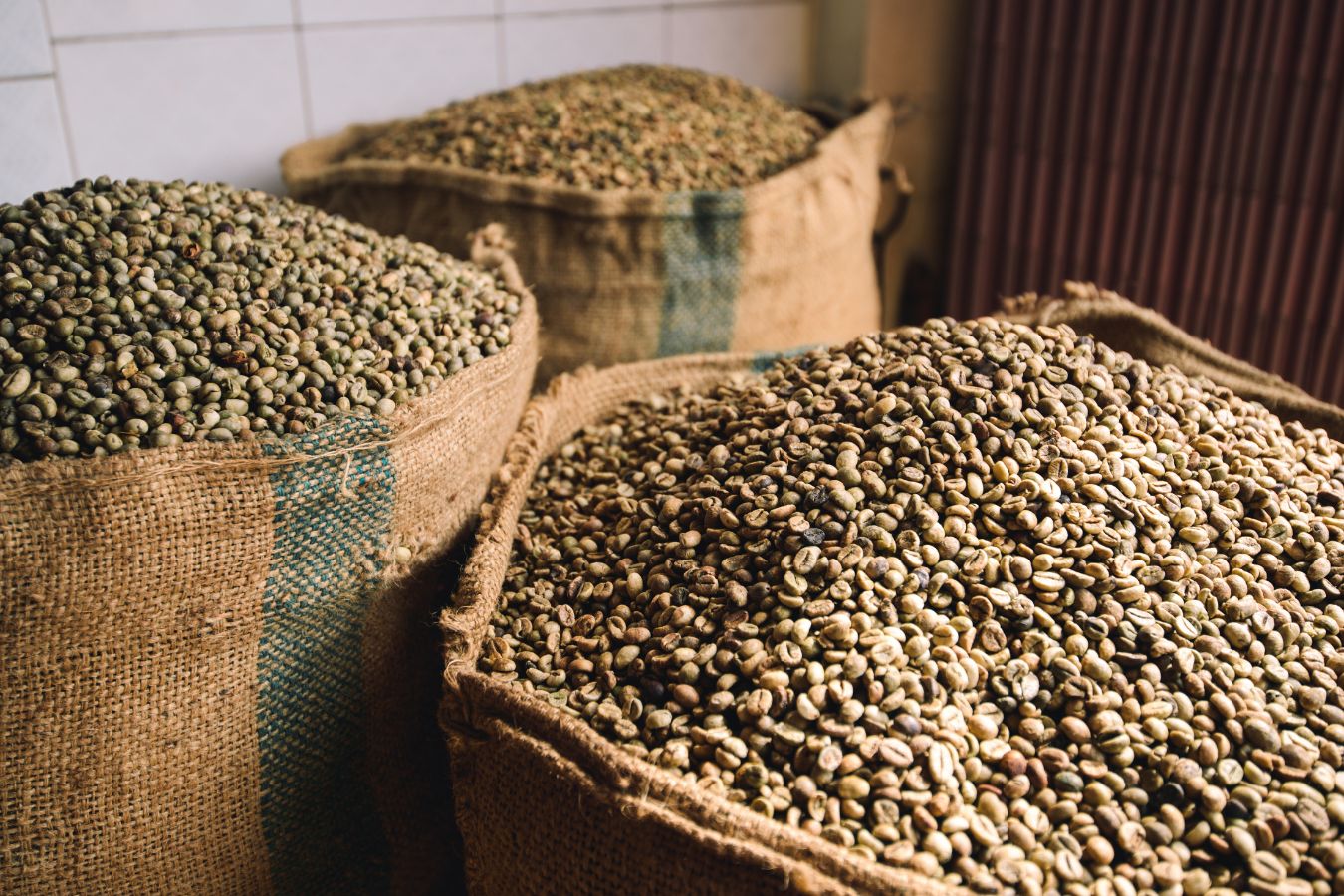 Vietnam’s coffee sector is facing significant challenges, including climate change, competition from other commodities, the need to transplant aged coffee trees, and rising production costs at a time when world coffee prices are at historic lows.

Following economic liberalization in the 1990s, a number of international players, such as Nestlé, established themselves in Vietnam.

After Brazil, Vietnam is the world’s second-largest producer. The beans’ quality, on the other hand, has traditionally limited their marketability. Robusta coffee Vietnam accounts for 97% of Vietnam’s entire output, with 1.29 million tonnes exported worth USD 1.4 billion in 2012. Due to the growth of growing areas, Arabica production is likely to increase. [6] Chari (Excelsa) and Catimor are two other varieties of coffee growing in Vietnam.

After more than a century, the coffee industry is still going strong

Vietnamese coffee was introduced to the country by the French in 1857, and it has been ingrained in Vietnamese culture for more than a century. Vietnam’s coffee production has risen from a low point in the early 1990s, thanks to government backing (at that time, there were only 5900 hectares of coffee in the country).

The country’s total area has increased to half a million hectares, with an annual output of more than 25 million bags in 2010, consistent until now, making Vietnam the world’s second-largest producer.

The Robusta coffee tree (trade name for the Coffea Canephora type) has a long history in Vietnam, alongside its siblings, tea coffee (Arabica) and jackfruit coffee (Excelsa). The majority of the Robusta types produced in Vietnam come from the Indonesian island of Java. On the other hand, Vietnam is now growing two major Robusta cultivars.

First, the original Robusta variety (Original Robusta) is produced in several locations where the French first introduced coffee to Vietnam. Still, the area is limited due to low yield and pest resistance. These are high-yielding types that are bred later.

To understand how Voi coffee has become the “pillar” of the Vietnamese coffee industry, you should learn more about the growth of Vietnam’s Robusta coffee tree.
When it comes to Arabica coffee (Coffea Arabica), the tea coffee variation – Arabica Typica – was experimentally developed at the beginning of the twentieth century, when the entire country was initially experimenting with cultivating all three forms of coffee, tea, lime, and jackfruit. It is, however, unsuitable due to its susceptibility to pests and illnesses.

Until the late 1980s of the twentieth century, Catimor, a Timor-breeding (which is a natural mutant plant) of Robusta, and Caturra replaced practically all (99 percent) of Arabica coffee farmed in Vietnam (of the Arabica variety).

In parallel with Robusta types, Vietnamese coffee experts have crossed and grafted to produce numerous new Arabica varieties whose names begin with THA… or TN…, which can adapt to soil and climate, have good yields, and boost pests disease resistance.

Vietnamese coffee is grown at altitudes ranging from 500 to 1,200 meters above sea level, giving it a pleasant aroma. This was recognized at the Agricultural Stabilization Authority* and the Association for Value Addition of Agricultural Products*1st *’s International Coffee Roasting Competition in Paris in 2015, where Vietnam’s SOBICA joint venture company was awarded a Silver Medal for AROMA coffee product (mixture of three best Arabica coffees in Vietnam) and a Bronze Medal for the intensive coffee product (Bourbon Arabica blend).

To restrict the spread of mass farming while improving the quality and profitability of coffee production. The government has created a master plan to examine and re-zone coffee districts across the country, replacing existing coffee trees with new varieties or transferring problematic areas to other crops.

Coffee plantation, As a result, Robusta continues to thrive in four Central Highlands provinces: Dak Lak, Lam Dong, Dak Nong, and Gia Lai, covering a total area of 530,000 hectares, with the remaining 70,000 hectares spread over other provinces. Arabica has been targeted for expansion in Son La (Northwest), Nghe An, Quang Tri (Central), Lam Dong (Central Highlands), and other central places.

There are two types of coffee plantations in Vietnam: specialized farms that grow coffee and integrated farms that grow many commodities. There are two basic types of integrated farming in this area. The first are farms where multiple crops are grown on the same land. This is known as a synchronous agricultural system, which means that coffee trees are intercropped with other crops. Different crops are cultivated on distinct areas of land in the latter. A different farming system is what this is referred to as.

In our farming area, the density of typical Arabica coffee plants varies from 2,660 to 6,660 plants per hectare, depending on the variety, soil qualities, and slope of the growing hills. The density of Robusta coffee trees per hectare is around 1,330. Cultivation typically starts during the rainy season and ends after the rainy season, although it still requires enough water and protection from the sun and wind.

After trial planting, the Ministry of Agriculture and Rural Development has introduced several intercropping techniques with other crops such as pepper, avocado, durian, and macadamia in the coffee garden to shade the trees and ensure a stable income for coffee growers.

In addition to expanding the growing area, many Vietnamese coffee farmers have been using sophisticated agricultural production technologies to earn certifications in coffee farming techniques for sustainable development.

Techniques for harvesting and processing

In the South of our country, the coffee season begins in October, signaling the end of the rainy season and dry season. In Vietnam, selective harvesting, which selects ripe coffee cherries while leaving unripe cherries alone, is not very popular; most coffee-growing areas collect ripe and unripe cherries. The tree’s green fruit.

After harvest, the natural drying method is still the most frequent processing method. The coffee is dried in this technique either in the sun or in a mechanical dryer. Currently, sunlight is used for over 80% of post-harvest processing.

However, coffee growers, producers, and traders are increasingly adopting machinery to dry coffee cherries in the Central Highlands region. The drying period for each batch is around 12 to 16 hours, and the moisture content is reduced by 10% to 12%. Dried coffee husks or charcoal are the most common raw materials used as dryer fuel.

On the other hand, large-scale coffee growers primarily use wet processing methods. This is a widely used processing technology in today’s world, and it is used in many other countries. Hundreds of damp or dry processing plants can be found around the country, mainly in the Central Highlands and Southeast.

The planned capacity is 1.5 million tons per year, sufficient to cover the country’s green coffee processing needs. In Dak Lak province, 16 wet processing factories with a combined annual capacity of around 64,000 tons of goods have been developed.

Vietnamese coffee production has evolved into an export-oriented business during the last several decades. With its status as the world’s second-largest producer and exporter of coffee. However, Vietnamese coffee is currently confronted with a variety of issues, both objective and subjective:

To address these issues, Vietnam’s officials have implemented long-term industrial reforms. In 2014, the government unveiled a plan for sustainable coffee development through 2020 and a Vision for 2030, an overall plan for the coffee sector’s sustainable management of economic and environmental resources, improving export income, and ensuring steady output.

Specific economic goals for industry performance are included in the plan, such as increasing value-added processing to $6 billion in export sales over the next decade. It also establishes precise environmental objectives, such as limiting coffee farming to 600,000 hectares across the country and replacing old, low-yielding coffee trees with new, higher-yielding types that are more likely to thrive. more excellent insect resistance, coffee re-zoning, and water-saving irrigation methods, as well as new fertilizer and pesticide safety and environmental regulations

The Vietnamese coffee industry has been obliged to look to the future to overcome environmental and economic disparities. These goals show that Vietnam wants to keep its position as a coffee powerhouse, with stable production circumstances in the future.