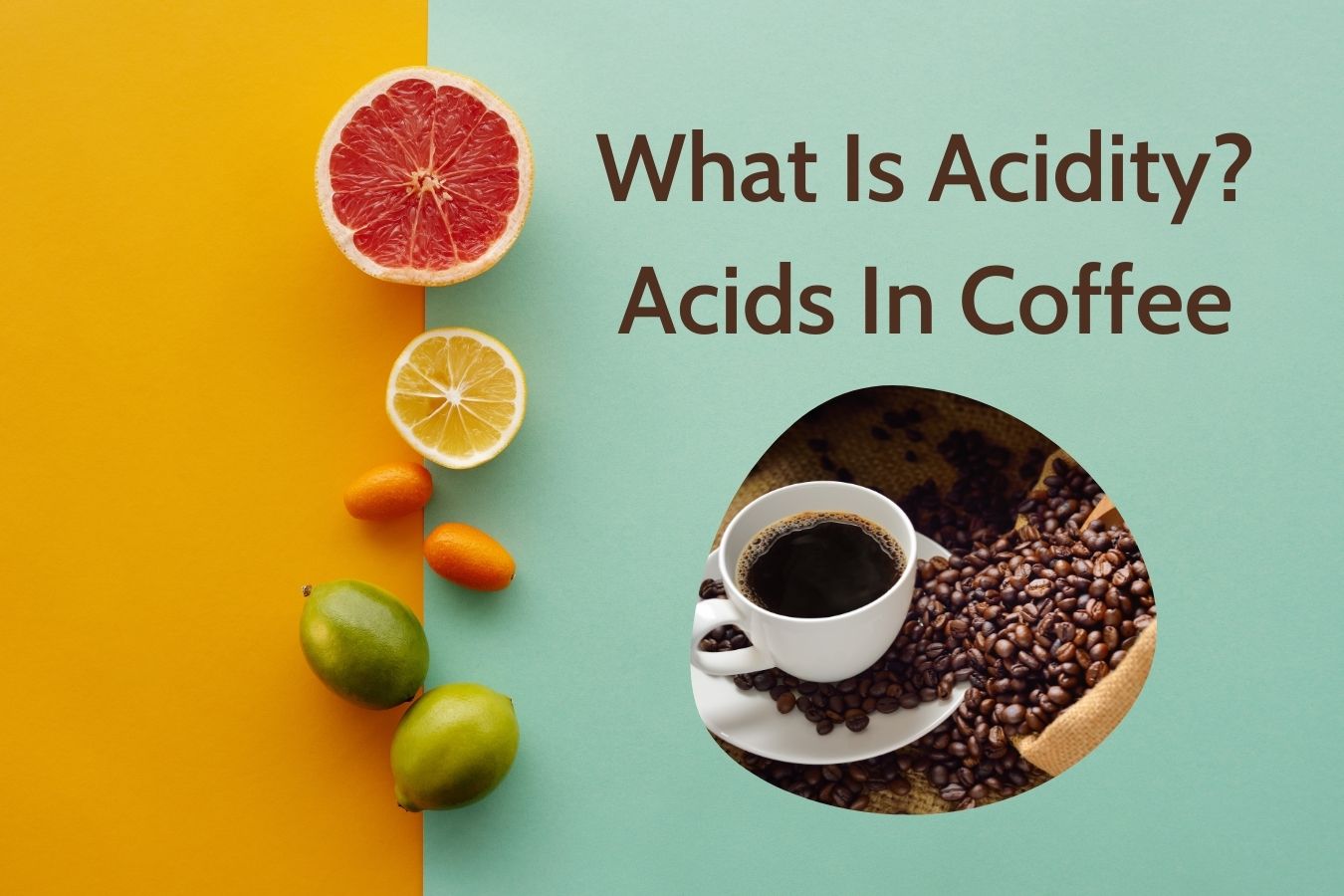 Many factors affect the acid content of coffee, including seed source, farming method, processing, roasting technique, etc. Coffee grown at high altitudes or in mineral-rich soil (such as volcanic soil) is often more acidic. Furthermore, wet-processed coffee is often more acidic than naturally dry-processed coffee – on the one hand, because wet fermentation promotes the production of certain organic acids, on the other hand, Dry-processed coffee often adds more flavor to the cup, causing the sense of acidity to be significantly overpowered.

Regardless of the acidity, coffee usually scores only 5 on the pH scale. Purified water is 7 (neutral), saliva is 6, and orange juice is 3. However, there is evidence that the chlorogenic acid in coffee increases acid levels in the stomachs of coffee drinkers, which can trigger Acid reflux – Roast magazine, 2005

Although Acidity is an important criterion of Cupping technique – ie tasting coffee (made by Cuppers). However, in the coffee enjoyment habits of Vietnamese people, the impact of acid in coffee is not the desired or necessary taste, the way of dark roasting, and the quality of Robusta coffee beans with many defects in the processing stages. variables have limited the enjoyment of the “perfect acidity” of Vietnamese coffee. On the other hand, some coffees are appreciated in the world with typical acidities such as Kenya AA, Ethiopia Yirgacheffe, Costa Ri, ca, and Nicaragua…

Some common acids in coffee

Although most of the organic acids in coffee have been studied, science cannot yet answer how the different acids interact to create coffee flavor. But suffice it to say that not all acids taste great (some acid radicals are very bitter). Thus, in essence, Acidity is the combination and balance of different acids and other flavor compounds that provide a pleasant organoleptic characteristic in coffee. In general, acidity is the counterbalance to the sweetness that helps to keep a cup of coffee from becoming bland. Here are some of the most important acids found in coffee:

Discovered in 1932, Chlorogenic acids (CGA) represent a large family of ester compounds and acids in both green and roasted coffee. To date, chlorogenic acid is still one of the most present acids in coffee, with 5.5 -8% in Arabica and up to 7 – 10% in Robusta. Along with Caffeine, CGA has a role in helping coffee fight insects and pests, so in nature, Robusta coffee has a better growth ability when it contains nearly twice the content of CGA and Caffeine compared to Arabica.

Besides being common in coffee with more than 10 different structural isomers, CGA is also known for its role as a natural antioxidant in coffee with much higher concentrations than green tea, from 200 to 550mg in about 175ml (6 oz). The characteristic of CGA is that it is sensitive to temperature when roasted CGA coffee will decompose slowly with about 50% to form caffeic acid and quinic acid causing significant bitterness in coffee.

It is the second most abundant organic acid in coffee. Citric acid is produced by the coffee plants themselves, not by roasting (although roasting degrades it). The citric acid in coffee is the same as in citrus fruits. As you might have guessed, it has something to do with citrus flavors, even grapefruit… When roasting, citric acid reaches its maximum during light roasting and then rapidly declines with increasing roasting. A typical medium roast will lose about 50% of its original citric acid concentration.

Acetic acid, commonly known as vinegar, is one of many organic acids that play an important role in the quality of coffee. The concentration of acetic acid is high or low depending on the wet or dry processing method, so this is the acid that is produced significantly during processing, not much in the coffee itself.

During wet processing, the bacteria in the mucilage of the pods consume the sugars to produce acetic acid as well as several other compounds. Depending on the time and temperature during fermentation and environmental factors as well as the nature of the coffee beans, the final concentration of acetic acid will vary.

However, during the re-roasting process, the concentration of acetic acid increases significantly. During this stage, the carbohydrates in coffee such as sucrose begin to decompose, leading to the formation of fatty acids such as acetic, formic, etc. Depending on the actual conditions when roasting, the concentration of acetic acid can increase up to 25 times compared to that of the coffee beans. with the original content in green coffee. The overall Acetic acid concentration peaks at Light – Medium roasts then and rapidly degrades in dark roasts due to its volatile nature.

These are acids that make up very low levels in green coffee or are only formed due to chemical changes during roasting. Although they are insignificant in number and do not contribute much to the overall acidity, the secondary acids provide flavor equilibrium, i.e. richer variety, for sensory evaluation.

Quinic acid forms when chlorogenic acid is broken down during roasting. Therefore, the darker the roast, the higher the concentration of Quinic Acid. This acid contributes largely to the perception of bitterness, causing a feeling of dryness on the palate. Quinic acid is relatively stable under environmental conditions so when coffee is left to cool for hours it still has a bitter taste even though other flavors have evaporated considerably. It should also be added, that during the roasting process, a part of Quinic acid will continue to decompose to form several secondary compounds including phenols, catechols, hydroquinones, pyrogallol, and some diphenols – which are important precursors aroma of coffee.

Although it sounds related to the caffeine in coffee, this acid is not related to caffeine, which is a second product in the breakdown of chlorogenic acid. During roasting, CGA decomposes gradually to yield caffeic and quinic acids in relatively balanced amounts. Since the reaction is temperature-dependent, it can be estimated that the formation of these secondary compounds occurs at or around the primary crack as the coffee beans begin to undergo significant physical changes.

Chemically, both caffeic and quinic acids are considered phenolic acids and are often associated with astringent properties (feelings of dry mouth) and are found in a variety of other beverages such as tea, chocolate, etc.

As an organic acid produced by the vegetative cycle of the coffee plant, Malic Acid is believed to contribute to the flavor of juicy fruits such as peaches and plums, pears, and apples… This acid is found in the highest concentrations in apples.