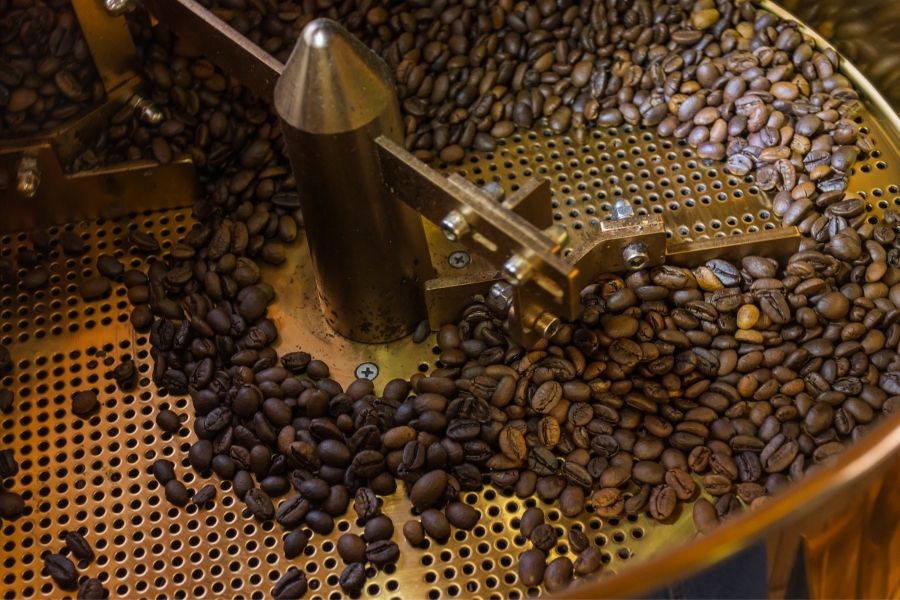 About the coffee roasting curve

Roasting basics roast for those familiar with the notion of the Roast Profile in the coffee roasting process baked. Then at least once “troubled” with the roasted graphs (Roast Graphs), which at first appear very theoretical and dry, but once you comprehend these curves, you will quickly recognize the significance of Roast Graphs in assuring consistent quality in every coffee roaster. In addition, we will gain a deeper understanding of the meaning and impacts of coffee roasting graphs, as well as becoming more familiar with the main stages in temperature graphs, in this section.

The coffee roasting curve is a useful tool for gaining a better understanding of the roasting process. A typical curve shows the roast time (typically in minutes) on the x axis and the roaster temperature (in °C or °F) on the y axis. For reasons that will become clear later, the curves may additionally show of growth on a secondary axis. To the uninformed, the graphs below may appear to be a bowl of spaghetti, but once you grasp each and how it relates to the others, the curves will make sense and tell an experienced operator a lot about what is going on inside the machine. Each curve represents the events of the roasting coffee in pictorial form.

1. What is the graph for coffee bean roasts?

If you think of a Roast profile as a “process record” that records the essential parameters for the coffee roasting process, you’re right. The most significant aspect of the Roast Profile is a system of numerous graphs known as Roast Graphs, which include graphs displaying (equipment temperature and grain temperature), humidity, mass, and pressure in real time (by roasting cycle), with the temperature graphs being the most critical.

The role of the “Roast Graph” in the roasting of coffee

Most of us who enjoy coffee and the divine process of each bean coffee roasting in the oven find it annoying that we can’t coffee roasters a decent batch like we used to. Industrial roasters, on the other hand, require uniformity throughout medium-quality roasts rather than rotating between superb flavors and burnt batches.

In the first place, Roast Graphs provide a plant-reliable way to keep each roast’s quality consistent. The more thorough a roasting is, the more accurate it is for reproducing the time and temperature in each roasters.

Data recorders not only help you maintain consistency, but roasting charts also help you identify particular aspects that affect the final flavor of your coffee, such as heat loss and convection. atmosphere, of heat growth, pressure, and so on To put it another way, a roasting helps you understand the fine-tuning required to get the desired flavor, as well as what drives the roasting process. a few taste variations

2. A graph of temperature during coffee roasting (grams light roast )

There are a variety of techniques to record a grams light roast, but the majority are based on the basic idea that transducers (sensors) in the roasted beans continuously collect data and communicate it to the computer for encoding and charting. Most current roasters come with built-in sensors, and Roast Profile recording software is widely accessible. However, they are all represented in two primary graphs:

* Because each Roast Profile recording program has its own set of features and interface, the information above is just intended to be used as a guide.

It’s not easy to truly comprehend and use all of the above criteria, and if you display all of these graphs on a computer screen while roasting, you’ll easily miss the most interesting aspect. in each and every coffee bean As a result, we’ll concentrate on certain fundamental notions that practically every coffee Roasted use as a useful tool.

Because most roasters use the same idea of heating the air using a heat source (gas, oil, or electricity) and then sending that air to heat the coffee beans, there is always a temperature differential. in this process to some extent For easy control, we must measure both the temperature of the air and the mass of the particle at the same time.

Temperature Rise Rate (RoR) – The rate at which the temperature rises

Simply explained, when the coffee beans are new, they have the ability to absorb a lot of heat from the roaster, causing the quantity of heat generated by the roaster to rapidly/per second grow. The coffee beans heat up gradually, and because the temperature difference ratio is lower than that of the machine, the beans will heat up more slowly/per second. That process is represented by ROR, which is a ramp.

Observations on RoR during roasting:

Faster coffee roasts progress with a higher RoR. A lower RoR indicates that the coffee is being roasted at a slower .
Many factors influence the proper RoR, including the type of coffee, desired taste trends, and roasting equipment…
ROR Max, ROR 1st Crack, and ROR End are three major milestones in the of temperature rise (typically degrees/min) (these contents will be presented in more detail in the following article).

You won’t have the rule to follow with RoR, and you won’t have a high or low RoR to look at, but you will understand how this indication affects the taste of coffee in the roaster. Once you’ve mastered RoR, you’ll have a lot of options for bringing out the various flavors in your coffee.

Roast graphs in general, and temperature graphs in particular, are a tremendous challenge for coffee aficionados since there is so much data to collect and absorb after a succession of infinite ideas. However, as you begin to deal with air temperatures, rising rates, initial cracks, and other aspects of the roasting process, you will develop a true understanding and mastery of how flavors form. So, instead of becoming discouraged, read it again and then begin your own roasting journey.