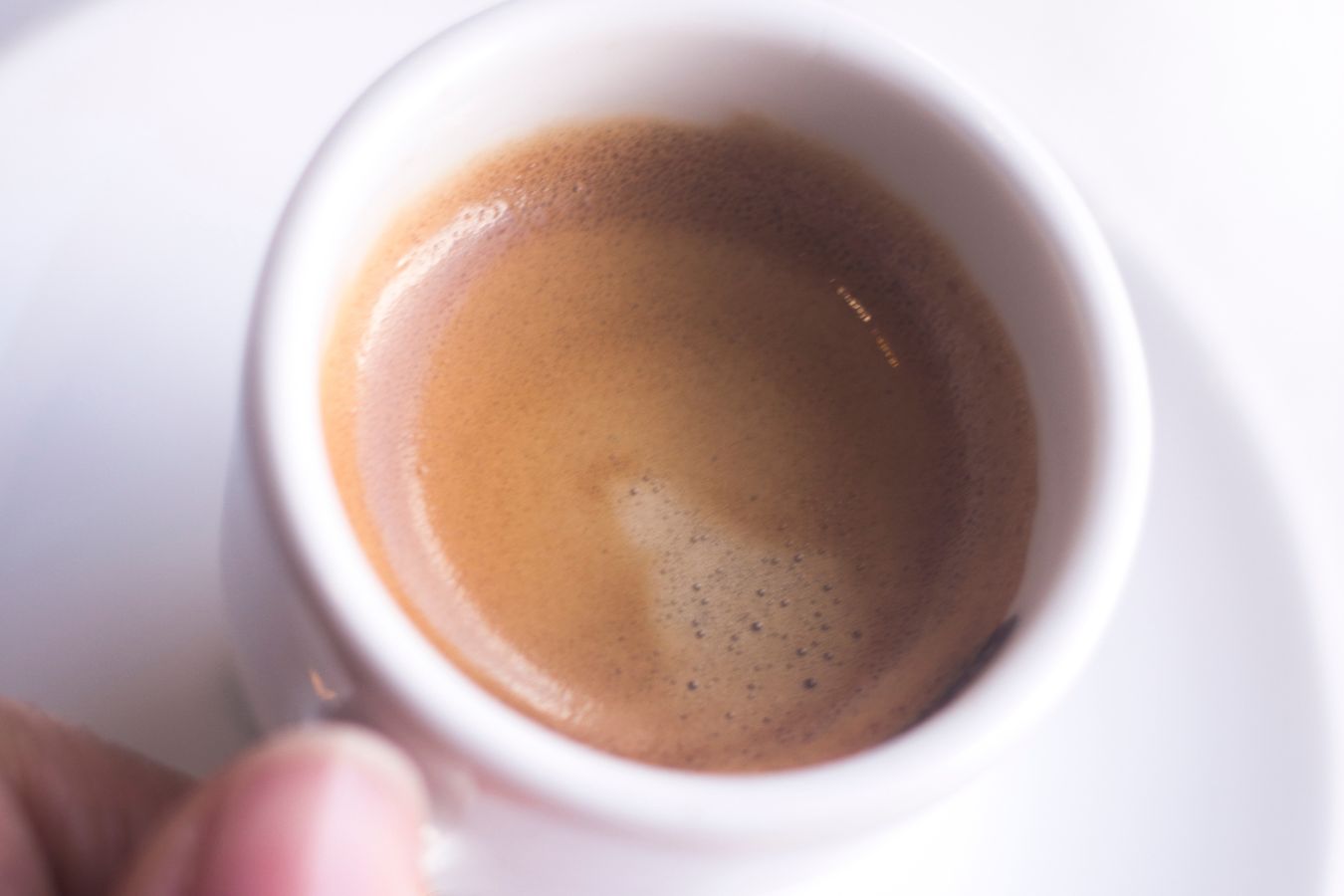 Baristas can create an entire coffee culture around the process of producing a cup of coffee because of a combination of exact engineering, mini details compare, flowing lines, clean aesthetics, and excellent performance. Few people realize that this concept has captivated several cultures worldwide, with ongoing efforts to incorporate it into their culture.

What is Espresso? The distinctive identity of Espresso machines

Given Italy’s prominence in espresso culture, it’s remarkable that both Britain and France claim to have invented the espresso machine’s precursor.

The French case is Bernard Rabault’s machine, conceived in 1822 and modified by Edward Loysel to become a great success at the 1855 Paris exposition. Some purists (British) derided the equipment because it merely pushed water through the coffee using the momentum of a giant steam boiler.

However, in 1902, Luigi Bezzera (of Italy) was credited with inventing the predecessor of the Espresso machine. Achille Gaggia didn’t develop a hand-drawn spring-loaded piston method to improve it until 1945. The process of manufacturing coffee is significant. All the fine-tuning, details compare machines since then have resulted in the sophisticated coffee machines of today.

As a result, today’s ideal machine espresso shots would brew a cup of Espresso in 20-30 seconds by forcing water at a temperature of 90-96 ° C through the ground coffee at a pressure of 9atm (produced by a hydraulic pump).

Espresso is the coffee drink equivalent of Esperanto

The prevalent misspelling of the English language “expresso” may be due to the rapidity with which Espresso is brewed, mixed with steam and sound effects evocative of the era of steam locomotives (related. to speed, as in a train) While the Oxford English Dictionary (and many other dictionaries) claim that Espresso implies “pressed coffee,” this is not the case.

According to some linguists, Esprés means “immediately” in French. Neither the machine nor the term used to describe this process appears to be descended from. Besides, there are single espresso and double espresso suitable for coffee connoisseurs

Whatever the origins of the word, Italians have made it their own – it’s “show off.” The first espresso machine, designed by Bezzera and Pavoni in 1906, took 45 seconds to brew a cup of coffee, marking the first time coffee was made “fresh” in front of each client. Like many other coffee elements, the espresso phenomenon is the product of an exceedingly nuanced interplay of multiple factors.

Like the machine we are used to, a professional espresso machine uses coffee along with unique coffee recipes at a temperature of 92-94 degrees Celsius, contrary to expectations of a boiling and hissing machine. The components are destroyed by boiling water.

The low brewing temperature aids in the retention of these crucial essential oils in aromatherapy. Using pressure to drive water through the coffee, on the other hand, will help the non-water-soluble oils stay in the extraction better than other methods.

As a result, the aroma and flavor of espresso improve and the capacity to keep the coffee’s essence. According to Italian specialists, the carbon dioxide suspended in the Espresso has a bitterness-suppressing effect, while the Crema keeps the smells from escaping.

The flavor penetrates the taste and colloid system multilayer of Crema – a mixture of CO2, the oil-water, and foam smooth depart plans because of the viscosity formed by the oil. After drinking for up to twenty minutes, the flavor is delightful.

The amount of caffeine is also 30-40% lower than with other methods due to the speed of the entire brewing process.

As if these qualities weren’t enough, the quantity of beans used in each shot – 55 – is similar to the number (60) in shot times Beethoven used to prepare the perfect cup of coffee (not Espresso) for himself.

Express the essence of coffee in espresso

The Complexity of Coffee (roughly translated: The Complexity of Coffee) was published in the magazine Science American in 2002. It was written by Dr. Ernesto Illy (the president of Illycaffé, which his father founded in 1963). The focus is entirely on Espresso, with alternative brewing options offered in a separate section by various authors – presumably for the sake of content balance.

“Espresso is the ideal expression of coffee,” Illy writes as if he’s a coffee advocate. Scientists used chemical analysis, microscopic photographs, charts, and graphs to prove this argument. This corporation makes Espresso a common language among coffee drinkers thanks to its illustrious reputation and scientific jargon.

“Espresso is particularly valuable for our objectives,” Illy says, “since it is a distillation of the myriad of techniques that can be done with coffee.” We’ve got you covered, from Turkish coffee to the brewing process and pour-over filter technique. To understand Espresso is to understand every other type of coffee.”

Ristretto vs Espresso: What’s the Difference?

Ristretto is a variation of Espresso or another brewing method using a machine to produce a more “concentrated” cup of coffee. In Italian, Ristretto means shortened – restricted.

“Shorten” here means that baristas only perform extraction at the beginning of a coffee brewing process, leaving out the final extraction stage.

The Espresso Revolution in Context

We can trade in all of the kitchen’s grinding and mixing equipment for an Espresso machine from here. The main issue is that we can’t extract a single-origin coffee with an espresso machine.

In reality, most of the world’s best pedigree coffees fail to bring out the nuances and features of this process. Blending, or combining different coffees to achieve the best balance of components, is the key to good Espresso, Illy Caffe, Starbucks, Nespresso, and other competitors have never succeeded in marketing a single-origin espresso; their reputation is built on the excellence of their blends. To put it another way, Espresso is not a fantastic way to make excellent coffee.

It gets even more challenging to distinguish myth from the truth at this point. It’s worth noting that, in the 1920s, Italy was one of Europe’s poorest countries, drinking half as much coffee as the “entrenched” tea-drinking nation, the United Kingdom.

The late-nineteenth-century waves of immigrants to Brazil built relationships with the world’s dried Arabica growers.

Thanks to their brief colonial venture in Abyssinia in the 1930s, they are still doing so today. The Italians had access to Ethiopia‘s primary source of dry-processed coffee.

Although the premium consumer market segment regards it as cheap coffee, this historical-geographic link leads to a source of dry-processed coffee, which is recognized as an essential element for good espresso blends.

Similarly, one of the natural espresso benefits is that it softens the harsh flavors of inferior Robusta coffee. It was only recently suggested that a moderate amount of Robusta be added to Espresso to develop and solidify the Crema.

Even Mark Pendergast, the author of Uncommon Grounds, thinks that Espresso is a popular way to hide the flaws in low-quality coffees.

“By the 1930s, espresso machines capable of producing 1,000 cups of coffee per hour had swept across Europe and even into Italian restaurants in the United States.” One of the benefits of this concentrated, quickly brewed coffee is that it can disguise all the inferior beans; in fact, inexpensive Robusta coffee generates more Crema.”

Extremely successful low People began to pay attention to specialty coffee with a distinct flavor as consumer awareness grew. These “converts” promoted Espresso as a way to make good coffee; nevertheless, while Espresso hides the defects of bad coffees, it fails to expose a coffee’s character. coffee of exceptional quality

Although it predates the concept of specialty coffee by 70 years, their minds eventually crossed in the 1980s. That’s when specialty coffee roasters discovered Espresso and began to use it as a coffee beverage. As a result, the orthodox procedure isn’t typically included in specialty coffee.

For most of Espresso’s history, it was intended to be a standard coffee beverage, similar to Turkish coffee in the Middle East or Caffe Zinho in Brazil. Furthermore, the significant rise in Italy is linked to the current economic situation.

Expectations have changed for coffee beans

“Not all coffee beans are acceptable for their extraction with tight criteria,” said one expert in an interview on the SCA blog. It isn’t always a specialty. Specialty coffee is defined as being of the highest grade. Specialty espresso must have several traits that not all specialty beans can match to achieve quality.

It is as enigmatic, complex, and appealing as it once was. While Espresso exploration has numerous hurdles, the result is well worth the effort: a beautiful cup of it brewed from the best beans, carefully roasted, and delivered by a trained bartender. To choose good quality coffee, please go to the coffee bean store to find the source of real quality coffee. Thank you very much!