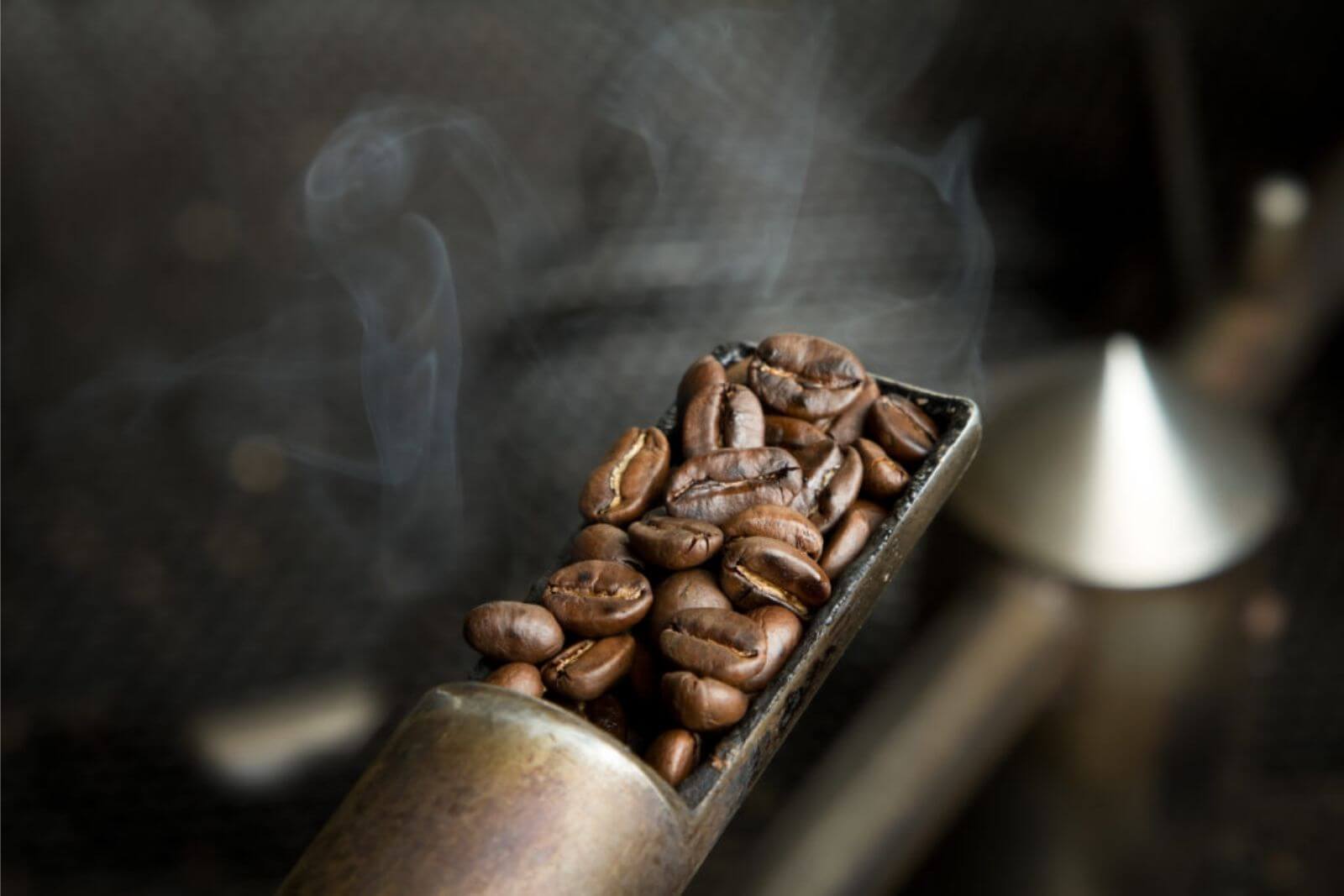 On this subject, there are numerous points of view. So, if we solely concentrate on solving one problem, we’ll end up with additional problems rather than answers. To fully answer this topic, we must first address some of the questions that surround it.

What is the origin of the name “French Roast”?

Coffee beans have a fascinating history. The story of how this drink made its way to Europe will keep you intrigued for the rest of your life. When “entering” Europe at the time, roasted coffee beans began to be roasted in various ways to meet the preferences of the locals or customers. This is very similar to where we are now.
Distinct countries and regions evolved different roasting profiles to meet their needs by the end of the nineteenth century, resulting in “French” roasts. Roast, roasted in the “Italian” style – Italian Roast, roasted in the “Spanish” style – Spanish Roast, and the list goes on.

Is it true that all dark roasts are the same?

There are several various dark roast shades for roasted coffee beans, each of which has its own name. The “internal temperature of the beans” during roasting is the most important component in defining the type of roast. The temperature of the air in the roasting cage is not the same as this factor.
The temperature difference between the dark roast degrees is rather small. Full City +, for example, often reaches 225°C, with an Italian Roast of 245°C. You can partition this temperature range into four different roasts, ranging from dark brown and greasy beginnings to virtually black and clearly oily. Your roasted coffee beans will be totally black and the oil will be gleaming with the Spanish Roast.

These roast levels cannot be applied to coffee beans in a theoretical and rigorous manner. These signs are correct, although they are simply “guidelines” at this time. There is a little difference amongst the world’s most famous roasters. As a result, the names of the roasting degrees get slightly muddled. What exactly is the difference between Full City+ and mild French Roast, for example? Certainly not. Full French Roast and Italian Roast are the same.

What about the flavor?

Taste is subjective and perceptive for each individual, which is also a nice thing when it comes to savoring roasted coffee beans. That example, how would you respond if someone asked you which roasted coffee beans are the best in the world? Whatever you prefer, it’s delicious…, that’s all there is to it. However, there are certain crucial distinctions and understandings to be made between dark roasts and light to medium roasts.

The essential difference between the two degrees of roasting is as follows: for light to medium roasted coffee beans, the taste you’ll get is the beans’ natural flavor, or so-called. is the quality of that coffee bean. What does this imply? Each type of coffee bean has distinct flavor characteristics that distinguish it from others. The roasting process will diminish certain flavor attributes of the coffee. The longer the coffee beans are roasted, the less flavor they have.

In a cup of coffee brewed with French Roast roasted coffee beans, the predominant flavor will be bitter, with hints of smoke and charcoal. That isn’t to imply that roasting French Roast will result in a boring cup of coffee; rather, it will lack the “bright spots” that a cup of coffee prepared from palely roasted beans has. rather than bringing

French roast beans, unlike light roast coffee varietals, have a charcoal-like flavor that is described as smoky and sweet by many.

French roast coffee tends to conceal the original flavor of coffee beans when compared to lighter roast coffees. This means that any geographical characteristics of a bean kind are usually lost during the roasting process. In other words, the roast flavor masks the genuine flavor of the beans.

Many individuals mistakenly believe that the French roast contains more caffeine than lighter roasts. In actuality, the situation is the polar opposite. The caffeine content of a lighter-roasted coffee bean is higher than that of a French roast. This is because the caffeine molecules in coffee beans are burned during the roasting process.

Because of the roasting process, the French roast burns off a lot more caffeine molecules. So, if you’re seeking for a caffeine-free coffee bean, French Roast Coffee is a perfect option.

What kind of beans should I use to cook French Roast (roast coffee)?

Roasters are less likely to use pricey beans for roasting at a higher degree because the flavor attributes of the coffee are virtually burned away when it reaches the French Roast level. this. As a result, for this roasting procedure, you should select less-expensive green coffee lines that will work well.

Because there are so many distinct lines and variations of coffee to pick from, each roaster and company will make its own decisions to meet the needs of its clients. They can utilize only one sort of coffee line or blend them in various ways. For the “artists” in the coffee industry, this is incredibly exciting and artistic.

It’s fine if you use “not very costly” nuts

Keep in mind that the majority of coffees marketed throughout the world are Robusta and Arabica grade 3. In Vietnam, too, the majority of us consume Robusta roasted coffee beans, specifically the dark roasted Robusta. Despite the fact that these coffees have a significant percentage of defective beans, which is prohibited in high-quality and specialty coffees, they will work well in a range of roasts, including French. Roast.

Consider this: when coffee beans are roasted so darkly, not only are the natural attributes of roasted coffee beans scorched and gone, but the undesirable qualities of defective beans are also “burned.” This will make your roasts more stable and less vulnerable to undesirable coffee characteristics. The amount of caffeine in your cup of coffee is the same way. Because caffeine is also lowered during the roasting process, a dark roast will have less caffeine than a light or medium roast.

Is French Roast Coffee Good for You?

When it comes to coffee beans and health issues, the style of roast isn’t really a matter to think about. Coffee, both light and dark roast, has health advantages. They can, however, differ in significant ways. Nonetheless, coffee appears to be beneficial to your health in general, but you should always consult your doctor if you have any specific medical conditions to be cautious of.

According to several research, drinking coffee has a number of health benefits, including a lower risk of heart failure, liver cancer, and some types of diabetes. Additionally, habitual coffee drinkers appear to be less likely to suffer from depression and other disorders.

Because of some of the compounds found in roasted coffee beans, French roast coffee has been linked to a lower incidence of Parkinson’s and Alzheimer’s disease. Another point to consider about dark roast coffee is that it is a better option for persons who suffer from stomach acidity because it is less likely to cause irritation.

French Roast beans(roast coffee) coffee can be used and enjoyed

The fascinating thing about French Roast is that it tastes great no matter how you make it. Many people use the automatic drip method around the world, but in Vietnam, the most frequent method in many stores and the vast majority of homes are filters, which produces excellent results when using French Roast roasted coffee. Some claim that the best method for preparing French Roast coffee beans is to use a French Press.

The sensation of drinking a latte or cappuccino produced from freshly roasted French Roast beans will be delightful for those who use espresso machines.

In a nutshell, French Roast has made an unmistakable impression on the world of coffee. Because of its benefits, this roasting process is almost the most common in the world. So, if you haven’t yet discovered it, treat yourself to a cup of coffee brewed from French Roast coffee beans.