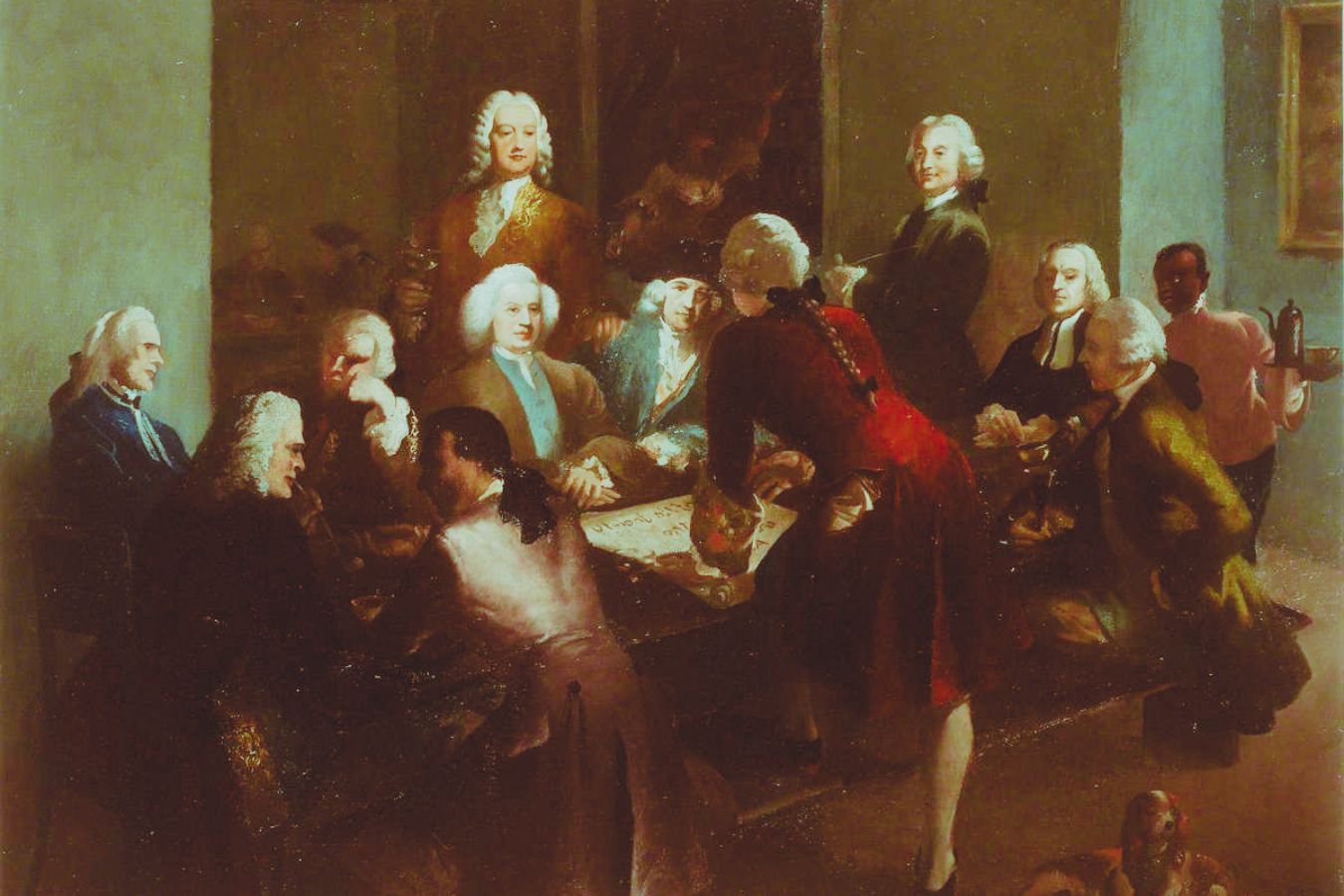 Writing About Coffee During The Enlightenment: After all, it’s just a kind of fruit; inside each fruit, there are two causes. In the beginning, it grew as a bush – or clump of small trees; it took great effort to recognize it under the canopy of the Ethiopian rainforest, or precariously on the slopes of mountains and hills. But not as simple as that, coffee has been the drink that has had the most significant influence on mankind for centuries. It is an economic sector, one of the world’s most valuable agricultural commodities, and offers the strongest hit of any widely used stimulant.

Civilization, in its development, has identified the three most important (non-alcoholic) beverages: Tea leaves – leading in consumption, followed by coffee beans, and finally, cocoa beans high. However, coffee beans occupy a much more important place in international trade. All countries hold coffee in a unique position, recognized as a necessity and an energy-efficient system. For civilized peoples, coffee is a democratic drink for both men and women, whose work is the work of the brain or the muscles and is hailed as a lubricant worth knowing most grateful to the “human machine”.

The Awakening Attribute to Caffeine

Like humans, the trace of coffee led to the land of Abisinia, now Ethiopia – in East Africa. Who would have thought that the legend of a humble goatherd after the accidental discovery of the coffee plant would go on to lead to the formation of nations, revolutions, and pioneering scientific inventions?

It may have been a pure stroke of luck that coffee arrived in what we now know as the Middle East at the dawn of an unprecedented period of learning and enlightenment in the 9th and 10th centuries. It is a coincidence that over the past 1,000 years, on more than a few occasions, the cultural discovery of coffee has led to confrontations with global powers: from the Ottomans to Britain, France, and the West. Spain, Netherlands and USA. It is perhaps also a coincidence that coffeehouses have repeatedly shaped new ways of thinking, challenged old systems of thought and opened the door to learning and debate.

Wherever coffee is brought, it heralds a revolution. It is the most radical drink in the world, because its effect is always to make people think. And when men think, they become dangerous to tyrants – William Ukers, All about Coffee

Indeed, some of history’s greatest names have lived in space – a time surrounded by coffee-drinking culture and sipping more than a few cups – from Isaac Newton to Beethoven to Napoleon. In some cases, the influence of coffee and coffeehouses has sparked some of the most important revolutions, civil wars and uprisings in history. Perhaps still a coincidence, but plausible enough for religious leaders, kings and politicians to smell coffee, point their fingers, and in some cases, ban the drink entirely in society. Yet coffee has only been consumed in Europe for the past four centuries.

Voltaire and Balzac are the most avid coffee connoisseurs in French literary circles. The most enthralling might be Voltaire. Even in his old age, he is said to have consumed fifty cups a day. For Balzac coffee is more than drinking. His routine is to go to bed at six o’clock at night, sleep until twelve, get up and write for almost twelve hours afterwards, coffee as a stimulant and magic for these compositions.

William H. Ukers, All About Coffee

Also, in All About Coffee, William H. Ukers stated that the coffee shop became a gathering place for intellectuals, houses of newcomers, distinguished individuals and scholars, with whom they had the opportunity to gossip and have endless discussions. It’s just that the lively exchange of ideas at these cafés generates free and radical ideas. Indeed, coffee consumption has been implicitly linked with political protest movements throughout its history, at least until the nineteenth century. Coffee promoted clear thinking and right living wherever it was introduced. It has gone hand in hand with the world moving forward toward democracy.

Coffee only crossed the Atlantic to the New World (the Americas) only 300 years ago. However, at that time, it was responsible for forming nations, economic and political institutions, maintaining slavery as the basis for the embodiment of giant commercial corporations, and establishing financial institutions that impact the global ecology. Its legacy has permeated many aspects of our lives today, including economic, political but also cultural, scientific and literary. Therefore, it is not an exaggeration to say that caffeine is the ” substrate of civilized society .”

The economics of an addictive substance

Today, coffee is the livelihood of more than 20 million people; it is a labour-intensive crop, as most of the stages are based on manual labour, calloused hands sowing the seeds, taking care of them, putting the trees in the shade, planting them in straight rows on the hillsides, prune and fertilizing, spraying pesticides, watering the sheets, picking the fruit and then drag the nearly two-pound sacks of fresh fruit. Workers must adjust to a complex process that removes the skin and mucus that coats the coffee beans. The kernels must then be dried for several days, removing the husk and silk film before being packaged for shipping, roasting, grinding and blending worldwide.

There is an inescapable irony in the coffee industry; that is, most people have to do repetitive jobs in the most beautiful places in the world – with the volcanoes of the tropics as a backdrop landscape in a climate paradise where the temperature is rarely below 21 ° C or above 27 ° C – those workers earn an average of US$3 per day. Most live in dire poverty, without running water, electricity, medical care, or adequate food.

As soon as coffee leaves its miserable roots, travel halfway around the world and land at breakfast tables, offices and fancy bars in the US, European countries, Japan and other countries. Other developed countries. Here, urban customers often pay half the daily wage of a worker in a third-world country for a good cup of coffee.

Throughout the history of the coffee industry, there have always been bells and whistles about injustice, oppression & coercion.. But not all workers grow coffee on plantations. are all exploited. The fault lies not in the coffee tree or the way it is grown, but in the treatment of social classes – Mark Pendergrast, Uncommon Ground

The list of people who make a living from this bean in coffee-producing countries is still long; there are exporters, importers, and millers. There are greedy traders in the auction areas of the coffee exchange, gesticulating, screaming, and bidding on an item they never saw with their own eyes. Some coffee appraisers (today, we call them Cupping ) spend their days slurping, sniffing, and spitting out sips of the coffee they taste. There are emerging retailers, equipment suppliers, advertising agencies, etc.

A good cup of coffee can turn the worst day into nothing, providing an all-important moment of contemplation and rekindling a love affair. However, despite its poetic taste, the history of coffee is rife with political conflicts and infighting. Once banned as an instigator of uprisings in Arab and European countries, it has been vilified as the most destructive health destroyer on the planet. And was once praised to the top of the cloud for serving the benefit of humanity.

Coffee lies at the heart of the endless enslavement of the Maya Indians of Guatemala, the democratic traditions of Costa Rica, and the alienation of the American Wild West. When Amin killed his Ugandan compatriots, coffee brought him almost all the foreign exchange, and the Sandinos (in Nicaragua) started their revolution by expropriating their coffee plantations. Somoza.

At first, coffee was seen as a curative drink by the elites. It became a trendy stimulant favoured by blue-shirted workers during breaks as conversation starters. The melon shop in the middle-class kitchens is the romantic glue for flirting couples and the bitter, lonely soulmate for lost souls. Coffee shops are places where people plot revolutions, write poems, build businesses, and meet friends. Coffee has become a “core” part of contemporary world culture.

No non-alcoholic beverage has ever faced as much opposition as coffee. Given to the world by the church and endorsed by the medical profession, it nevertheless suffers from religious superstition and medical prejudice. After thousands of years of development, it has experienced fierce political upheavals, stupid sanctions, unfair taxes, absurd rumors; But, surviving all this, it triumphantly moved into the most important position in the popular beverage category – William Ukers, All about Coffee

Anthropologist Eric Wolf has commented that “The human world is made up of.. a totality of interconnected processes; coffee provides incredible links between disciplines, history, anthropology, sociology, psychology, medicine, economics, and provides a way to track the interactions that make up the global economy”.

For better or worse, the modern coffee scene explores broader issues such as The role of advertising, the rise of industrialization, problems with women, human rights, multinational corporations, market segments, and speciality coffee or Craft coffee. The history of green coffee also reflects the loss of focus of an entire industry, letting the small roasters decide the quality and profitability – and then it goes on and on, big fish eat small fish, big companies buy small companies and then focus merge.

On the one hand, coffee’s monoculture has led to oppression and land grabs for indigenous peoples in many countries, pushing agriculture from subsistence to export-only to become entirely dependent on foreign markets, destroying tropical forests, and degrading the environment. On the other hand, coffee is the primary source of life and income for many farmers, the basis for successful industrialization and modernization of a country, and it also creates a farming model. Organic, fair trade, shade conservation, or migratory bird-friendly.

We are currently witnessing a coffee resurgence around the world, as small roasters are reviving the art of latte and diners are finding enjoyment in whole roasted coffee again. Pure, ground, pure brew and Espresso made from the finest coffee beans in the world – Mark Pendergrast, Uncommon Ground

The coffee bean has brought in a social meaning that goes beyond the dimension of a mere cup of black coffee. Coffee culture is present all over the world as more than a culture. It is a cult with many groups discussing it on social networks and countless websites, groups, etc. And Starbucks coffee shops are on every street corner, juxtaposed with other coffee shops and chains. However, the coffee bean is just a seed of fresh fruit from a bush in Ethiopia.