8 types of best and most popular

Is the name of a special coffee, classified as the most luxurious and rare in the world. This type of coffee is almost exclusively found in Indonesia, on the islands of Sumatra, Java and Sulawesi.

The name Kopi Luwak is used to refer to a type of nut produced by the spotted civet which eats the coffee berries and then excretes them.

Derived from the Indonesian word kopi which means coffee. Luwak is the name of an area on the island of Java, and also the name of the civet that inhabits it. The spotted civet (Paradoxurus hermaphrodites) belongs to the civet family (Viverridae). 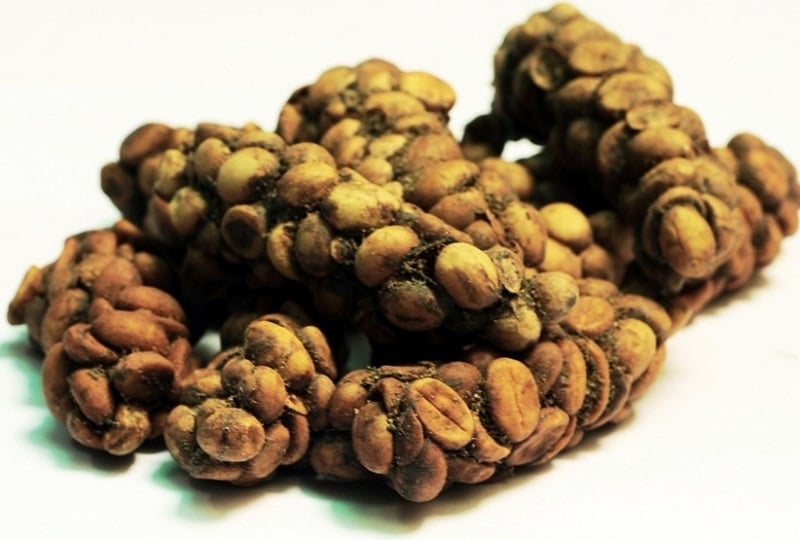 This species is scattered in Southeast Asian countries such as Indonesia, the Philippines, Vietnam, and southern China. Their favorite drinks are fruit and coffee berries. However, when entering the stomach, only the coffee meat is digested, and the coffee beans are excreted through the digestive tract. This process forms the main basis for the presence of the legendary coffee today.

Blue Mountain coffee is one of the most expensive and popular Arabica beans in the world. It is native to the east of the Blue Mountains on Jamaica. People call this coffee bean Jamaican Blue Mountain to distinguish it from other coffee beans.

With an altitude of 2000m – 5000m, the Blue Mountains is one of the highest coffee-growing regions in the world. The climate here is pleasant, the rainfall is heavy, the soil is rich in nutrients and well permeable. The combination of soil and climate creates ideal conditions for coffee plants. However, this type of coffee is not suitable for other climatic conditions. Climate change will lead to a change in the taste of coffee. That is why it is currently only grown in Jamaica and Hawaii. 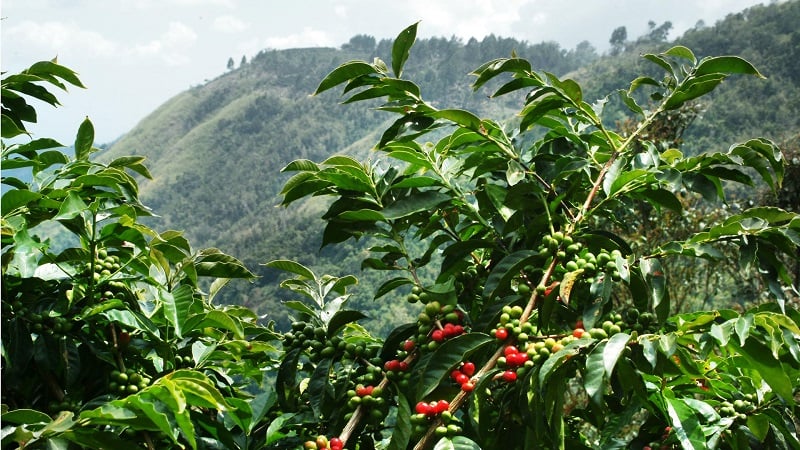 According to coffee connoisseurs, this type of coffee is famous for its light, aromatic, less acidic taste, with a hint of sweetness and richness. The price of a kilogram of this type of coffee is currently about 100 USD. Japan is the largest importer of Blue Mountain coffee (90% of total production). These beans are also the basis for Tia Maria flavored coffees.

Bourbon is a coffee variety that gets its name from its first growing area, the island of Bourbon, now Reunion located in eastern Madagascar. Café Bourbon was first produced in Réunion, known as Bourbon Ile before 1789. Bourbon was then preferred by the French, Africans, Latin Americans, and now one of two Arabica coffees. Most commonly grown in the world, is a form of coffee Typica.

Café Bourbon is typically produced at altitudes between 1,000 and 2,000 meters and yields 20-30% more than Typica but can produce comparable coffee quality.

This coffee has a very attractive sour taste, with a seductive aroma. Take a sip, you will feel really excited. Bourbon has been colonized and cultivated in the highlands of Vietnam for a long time. Currently, this is the leading delicious coffee variety of Vietnamese coffee.

Ethiopia can be likened to the cradle of coffee. In the tenth century, a nomad herding goats on an Ethiopian mountainside was the first to notice the stimulating effects of coffee. The drink was then spread across the Middle East by mystical Muslim Sufi pilgrims. From the Middle East, this coffee variety gradually became widely known in European and American countries.

Coffee still grows naturally in the mountains of Ethiopia. Ethiopian coffee farmers grow in four different systems, which include forest coffee, semi-forest coffee, coffee garden and coffee plantation. About 98% of coffee in Ethiopia is produced by smallholder farmers and it is the country’s most important export.

Ethiopia is Africa’s third-largest coffee producer. There are about 700,000 smallholder coffee producers in Ethiopia, of which 54 percent are in semi-forests. Coffee has been part of their indigenous cultural traditions for over 10 generations.

Ethiopian coffee is one of the most popular coffee origins in the world. However, Ethiopia has to compete and cooperate with coffee companies, which often have more market power and earn higher profits. The average Ethiopian coffee grower earns around $900 per year every year.

The certification of Ethiopian coffee began after the establishment of the Coffee Council of Ethiopia (NCBE) in 1957. The objective of the NCBE is to control and coordinate the production, sales, exportation, and improvement of coffee quality. Ethiopia.

The aroma of indigenous African coffee varieties is immeasurable, with a mixture of chocolate and baked goods, from the smell of grassland to the smell of fruit; taste from sweet to sour, from bitter to spicy. This place is undeniably a kingdom to explore for a lifetime.

Villasarchi is a hybrid of Bourbon coffee. Villasarchi grew up in the Sarchi valley west of the city of Costa Rica. The branches of this coffee tree grow obliquely from the trunk at a 45-degree angle, scattering a well-balanced area of ​​leaves around the tree.

Villasarchi grows well in high altitudes, under shade trees and this coffee variety is suitable for organic farming because it does not like chemical fertilizers. The fruit of Villasarchi has a bright red tone that looks very nice and attractive, the taste is quite ethereal mixed with a very mysterious sweetness-sweetness, creating a strange feeling when drinking.

Arabica Typica is the oldest coffee variety, it is the first coffee variety discovered by humans in the Kaffa region of Ethiopia in the last century that people often tell as the story of a goat herder. The seeds of Typica coffee were brought to America by a French naval officer in the 1700s. Typica has a very low yield, small size, oval shape. However, the quality of Typica is excellent exhibiting excellent taste, bittersweet with a slight sourness, strong and well-balanced physique.

Geisha is an extremely rare coffee variety that has completely conquered all the world’s best-informed coffee connoisseurs. Its flavor is indescribably complex. Some people say, it is very complicated and intense! This coffee variety was discovered from the small town of Gesha in southwestern Ethiopia and brought to grow in Costa Rica.

These Geisha coffee trees grow very tall, beautiful canopy, elongated leaves. The berries and beans of this Geisha are also longer than other coffee varieties. The top quality of this coffee variety is born from the plantations in the highlands and is acclaimed worldwide.

And finally, now, the culmination is the official Colombian breed, which proudly bears the name of a country. This is the most popular cultivar in Colombia. Although Colombia has a strong, wonderful aroma, very high acidity, viewed with a bitter aftertaste, almost no sweet aftertaste, strong physicality, used in premium coffee brands.

Colombian coffee is a blend of coffee beans from many different regions to maintain a high level of quality. As well as Kona and Jamaican Blue Mountain, Colombian beans are exclusively derived from Arabica coffee, which has a smoother, less acidic flavor profile than Robusta beans.

Benefit of coffee: How to drink coffee for health?

World coffee production: How does coffee change the world?

World coffee prices hit the highest in the past years

Why need to drink water before drink tea or coffee?