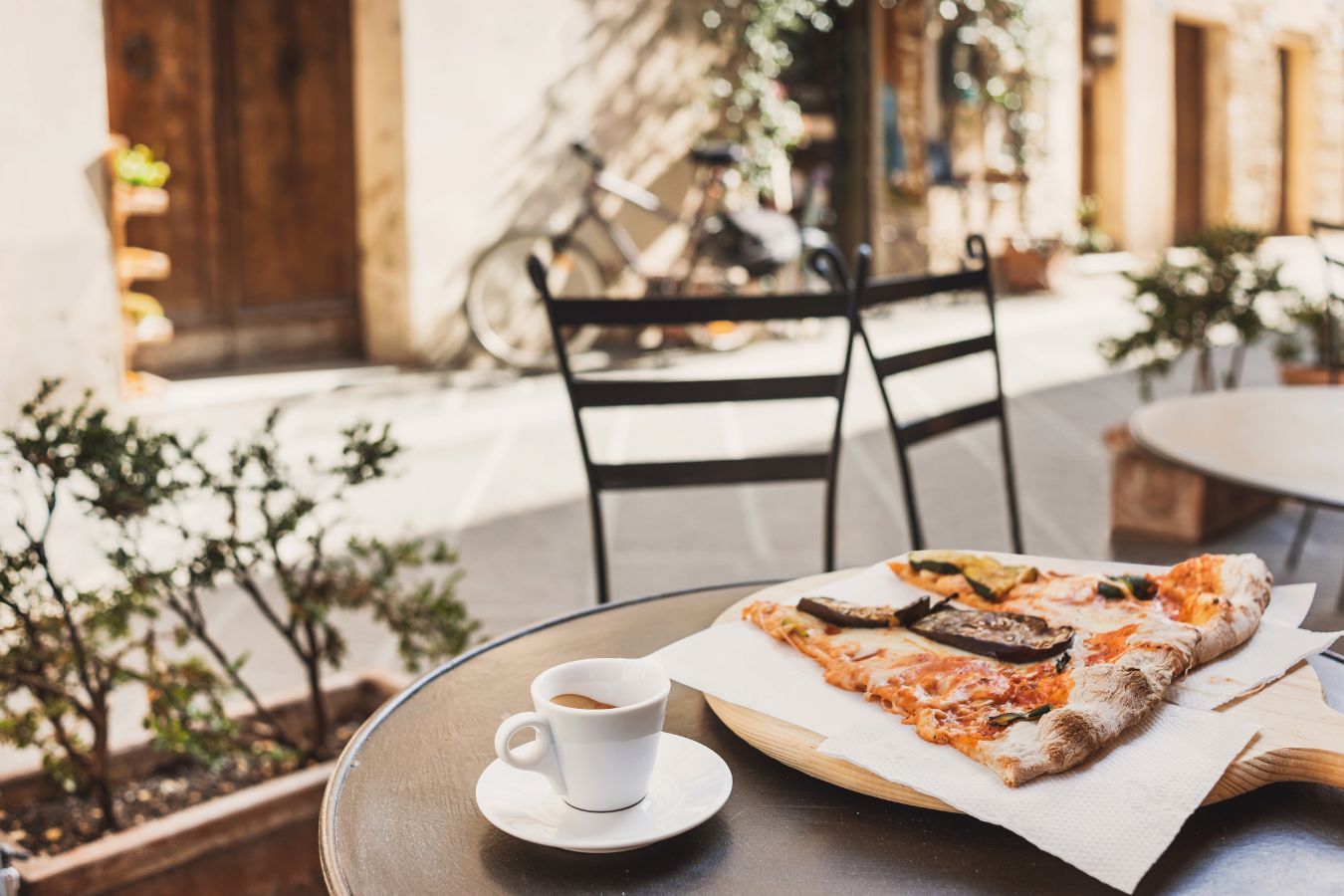 Since the beginning of the 19th century, thanks to the fruits of the Industrial Revolution in Europe, improvements in espresso machines have ushered in a turning point for Italian coffee culture – with the same structure and working principle. But years later, before more sophisticated machines, we still see Caffè Espresso as an Italian legacy in many parts of the world.

Espresso – ‘Display’ instead of ‘Fast.’

Although quite similar to “Express” in English – the US means fast, quickly – but “Espresso” is of Italian origin, meaning to display, to show off. According to Luigi Bezzara – A Milanese inventor (he patented the first improved espresso machine – in 1901). This is the first time coffee is prepared and shown (clearly) in front of customers.

As mentioned in the history of the espresso machine, By 1905, Desidero Pavoni had obtained a patent, along with Luigi Bezzara, two men who started the coffee business using steam pressure. The first in Italy and the first in the world – Ideale.

The Ideale machines were still a long way from modern espresso standards. The ability to heat water to 140°C produces a pressure of 1.5 bar – much lower than our current 9 bar pressure regulator. And these authentic espressos are extracted in 45 seconds. So it doesn’t necessarily have to do with the concept of quick, instant.

The beginnings of Italian coffee culture

The above mechanical machines not only made coffee cups but gave rise to the term “Espresso” when the time was first introduced into the Italian lexicon around 1920; Caffè espresso, is made with a machine. Pressurization, or filter, has become popular nowadays.”

Panzini once remarked that cafes in nineteenth-century Italy were quiet places. By 1935, he added, coffee shops had become gathering places for workers. The preparation process is easier and more convenient, encouraging busy men with regular work to turn to caffeine.

By 1938, the word “Barista” began to appear (it is incorrect to say Starbucks called that Barista in the 90s). Before that time, the term had a trendy and somewhat “inaccessible” look in Italy. However, with the success of Mussolini and the Fascist movement, there was a wave of nationalism toward famous words in Italy at the time. “Barman” was considered too American, so it was replaced with a “Barista” comment with a more Italian accent. In this way, Espresso continues to be associated with the Italian cultural identity.

During the 30s and 40s, with Italian coffee consumption declining (first due to import restrictions, then due to wartime scarcity), the Ideale coffee machine gave way to innovations by Francisco Illy and Achille Gaggia.

In particular, in 1947, Gaggia’s hand-pumped espresso machines dominated the market. With these machines and muscular arms, you can create more pressure when brewing, which means that the coffee oil is also forced out during extraction. The result is the creamy golden luster that is an essential part of modern Espresso.

The social impact of machine innovations

In 1948, Gaggia’s invention was acquired by Ernesto Valente, head of Faema, a company specializing in coffee shops that still exist today. Gaggia and Valente fundamentally disagree on these espresso machines.

Gaggia presents its invention as a luxury item enjoyed only in high-end establishments. Valente has another idea – he works to make devices cheaper. And then, in 1961, he released the world-famous Faema E61.

The Faema E61 is the father of the modern espresso machine. This is the first vending machine to relieve pressure on the elbows of baristas. The boiler inside is placed horizontally instead of vertically, instantly making the device “dwarf” in front of the bartender, turning the cafe into a social space where customers and bartenders live.

We can talk to each other. While comfortably making Espresso. At this point, it’s no wonder that the explosion of bars and espresso bars in Italy has become a social phenomenon.

The Italian coffee culture that dates back to the 40s remains consistent today, despite increasing globalization since Howard Schultz brought home an espresso that laid the groundwork for the Starbucks dynasty.

According to Italian custom, drinking Espresso means tasting the coffee with its complex flavor characteristics, often without being overpowered by milk or sugar. At the same time, it can recall good memories when sitting on the square of a small southern hamlet, sipping a cup of coffee on a fantastic afternoon.

Or walk into a neighborhood cafe and get yourself a potent 30ml dose of adrenaline before heading to work in the morning in the bustling center of Milano. Each location in the heart of Italy, where a coffee machine is, has contributed significantly to creating an Espresso culture here.

In Spit Your Heart – Starbucks Executive Chairman Howard Schultz shows how his experience at coffee shops in Milan years before starting a business in Seattle inspired and shaped how he built the coffee chain. Starbucks today.

However, that doesn’t mean all these espresso-based coffees are purely Italian. Espresso comes in many variations – Take an American cappuccino, for example: compared to Italian, it usually contains twice as much milk but the same amount of coffee.

Of course, the Italians are aware of the above “loss,” – and they have gone to great lengths to preserve the original Italian concept of Espresso. The government has called on the World Trade Organization to work together to limit the phrase “Italian Espresso.”

And the National Assembly of this country has sent inspectors worldwide to certify whether the coffee produced somewhere is by Italian quality standards…If the above measures help, you can’t imagine how much money will come from signing up for an exclusive cup of Espresso – But of course, that’s an “if.” While the Italians invented the first espresso machine, they weren’t powerful enough to “dominate” the coffee culture.

This is a drink that exists around the world in many different forms. Or, to put it another way: Espresso may be an essential part of Italian culture, but a piece of Italian heritage is not everything for today’s Espresso.

What Is Espresso? Espresso Machines and things you never knew

The Historical Revolution of Espresso