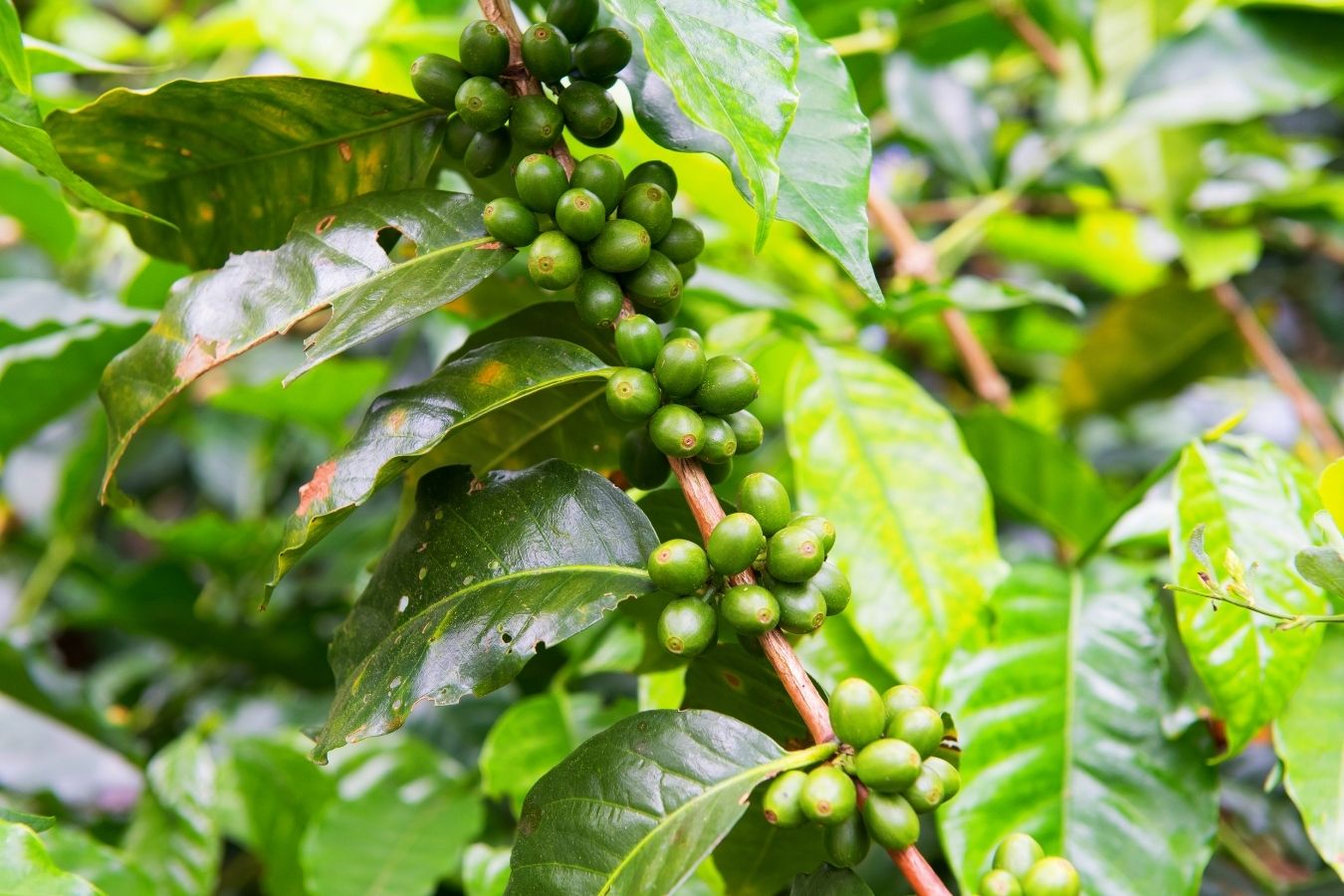 Coffee Shop
8 Types Of The Best Coffee Bean Drinks In The World: With many different types, the quality or class of coffee also varies depending on the type of tree, the type of bean and the place where it is grown. Today Helena Coffee Vietnam invites you to “travel” and learn about different types of coffee in the world!
Currently, coffee trees are grown in more than 50 countries around the world, including some exporting countries of coffee in the world such as Indonesia, Jamaica, Madagascar, Ethiopia, Colombia, etc.

Coffee trees produce the best coffee when grown in the highlands, where the climate is tropical and the soil is fertile. Besides geographical conditions, there are a number of other factors that affect the quality – taste of coffee beans such as the types of crops intercropped with the coffee tree, soil chemicals, rainfall and amount of sunlight, and most importantly, the altitude of the coffee growing area.

1.   Kopi Luwak – The Best Coffee Bean Drinks In The World

Is the name of a unique variety of coffee that is regarded as the most expensive and exclusive in the entire globe. The islands of Sumatra, Java, and Sulawesi in Indonesia are the only places in the world where you may get this particular variety of coffee.

The term “Kopi Luwak” refers to a specific kind of nut that is generated by the spotted civet. This animal consumes coffee berries and then excretes them after digesting them.
Kopi is an Indonesian word that means coffee and is whence we get the word. Luwak is the name of a region on the island of Java as well as the name of the civet that lives there. Luwak is also the name of the animal. The spotted civet, also known scientifically as Paradoxurus hermaphrodites, is a member of the civet family (Viverridae).

This may be found in the oceans of Southeast Asian countries including Indonesia, the Philippines, Vietnam, and China’s southernmost provinces. Fruit juices and coffee berries are their go-to beverages of choice. On the other hand, when the café reaches the stomach, only the portion consisting of meat is digested, and the remaining portion of the digestive track is peeled off the exterior. The procedure that was responsible for laying the foundation on which the famed coffee can now be found.

One of the most sought after and costly varieties of Arabica beans in the world is known as Blue Mountain coffee. Its original habitat may be found in Jamaica, east of the Blue Mountains. In order to differentiate it from other types of coffee beans, they name this particular bean Jamaican Blue Mountain.

The Blue Mountains is one of the highest coffee producing regions in the world, with elevations ranging from 2,000 to 5,000 metres above sea level. The weather is mild, there is an abundance of precipitation, and the ground is rich in nutrients while also being highly permeable. The compatibility of the climate and the soil results in favourable growing conditions for coffee plants. However, other types of climates are not conducive to the growth of this particular coffee kind. There will be a noticeable difference in the flavour of coffee as a result of climate change. Because of this reason, it is only cultivated in Jamaica and Hawaii at the moment.

The flavour of this variety of coffee is said to be particularly well-known for being delicate, fragrant, and somewhat acidic, with a hint of sweetness and richness thrown in there as well. At the moment, the cost of one kilogramme of this variety of coffee is close to one hundred US dollars. The greatest quantity of Blue Mountain coffee is brought into Japan by Japan (90 percent of total production). These beans are frequently used as the foundation for coffees with a Tia Maria flavouring.

The coffee variety known as Bourbon got its name from its initial producing region, which was the island of Bourbon, which is today known as Reunion and is located to the east of Madagascar. The first ever batch of Café Bourbon was brewed on the island of Réunion, formerly known as Bourbon Ile before 1789. In the past, the French, Africans, and Latin Americans favoured Bourbon coffee, which is currently considered to be one of two Arabica coffees. Typica is the variety of coffee that is produced the most often all around the world.

Café Bourbon is often grown at elevations ranging from 1,000 to 2,000 metres and typically produces yields that are 20-30 per cent higher than Typica, while yet being capable of producing coffee of equal quality.

The sour flavour of this coffee is really alluring, and the scent is very alluring as well. You should try it since it will make you incredibly thrilled. For a significant amount of time, the highlands of Vietnam have been occupied by and used for the cultivation of bourbon. At the moment, this is the most popular and tasty type of coffee that is produced in Vietnam.

It is possible to consider Ethiopia to be the birthplace of coffee. The stimulating benefits of coffee were first recognised in the tenth century by a nomad shepherd in Ethiopia who was tending to his goats on a mountainside. After thereafter, mystic Muslim Sufi travellers were responsible for spreading the drink throughout the Middle East. This kind of coffee, which originated in the Middle East, rapidly gained popularity in nations across Europe and the United States.
Ethiopia’s mountainous regions are still home to some of the world’s wild coffee plants. Farmers in Ethiopia cultivate their crops using one of four distinct methods: forest coffee, semi-forest coffee, coffee garden, or coffee plantation. Smallholder farmers account for around 98 percent of Ethiopia’s coffee production, and the commodity is the most valuable export for the country.

Ethiopia is the third-largest producer of coffee in all of Africa. In Ethiopia, there are around 700,000 smallholder coffee farmers, and approximately 54 percent of them are located in semi-forests. For more than ten generations, their indigenous cultural practises have included the use of coffee.

Coffee that originates in Ethiopia is often considered to be among the best coffee in the world. Nevertheless, Ethiopia is going to have to engage in competition and work together with coffee firms, who frequently have greater market strength and make more money. Growers of coffee in Ethiopia may expect an annual income of around $900 on average.

After the Coffee Council of Ethiopia (now known as the NCBE) was established in 1957, the first steps toward the certification of Ethiopian coffee were taken. The National Coffee Board of Ethiopia’s mission is to exercise control and coordination over coffee production, sales, exporting, and quality development efforts. Ethiopia.

Bourbon is the parent strain of the Villasarchi coffee hybrid. Villasarchi spent his childhood in the Sarchi valley, which is located west of Costa Rica’s capital city. This coffee tree’s branches grow obliquely from the stem at an angle of 45 degrees, strewing a well-balanced area of leaves all around the tree.

Because it does not respond well to the use of artificial fertilisers, the Villasarchi coffee type is ideally suited for cultivation in organic settings, as it thrives in locations of high altitude and shadow. The flavour is rather ethereal combined with a very unusual sweetness-sweetness, producing an odd sensation when drinking it. The Villasarchi fruit has a vivid red tone that appears very lovely and attractive.

In order to explain how Arabica Typica came to be the first coffee variety ever found by humans in the Kaffa area of Ethiopia in the previous century, the narrative of a goat herder is frequently told. Arabica Typica is the oldest coffee variety. A French naval commander in the 1700s carried the seeds of the Typica coffee plant to the United States of America. The yield of Typica is quite poor, and the plant itself is very little and oval in form. Despite this, the quality of Typica is exceptional, characterised by an outstanding flavour that is bittersweet with a hint of sourness, as well as a robust and well-balanced body.

Geisha is an incredibly uncommon coffee type that has won over the hearts and minds of all of the most knowledgeable coffee enthusiasts from across the world. The flavour is difficult to even begin to describe. Some individuals claim that it is a really difficult and stressful situation! This particular coffee type was found in the little town of Gesha, which is located in the southwestern region of Ethiopia, and was then taken to Costa Rica to be grown there.

These Geisha coffee trees may grow to be quite tall, and their canopies are particularly lovely. Their leaves are also quite lengthy. Additionally, the berries and beans of this Geisha kind are longer than those of other types of coffee. This particular species of coffee, which originates from the farms in the highlands, is known for its exceptional quality all over the world.

The Colombian coffee type is the offspring of a hybrid with Robusta and Arabica as its biological parents. This disease-resistant coffee cultivar was bred and developed in Colombia with the goal of boosting productivity while maintaining disease resistance. Over the course of several decades, Colombia made numerous attempts to manufacture dozens of variants of the F10-F1 and the F10, also known as the Castillo.

And last but not least, we have arrived at the pinnacle: the official variety of Colombia, which takes great pride in bearing the name of a nation. This cultivar is by far the most common one used in Colombia. Although Colombian coffee has a robust flavour and a lovely scent, it has a very high acidity level, which results in a bitter aftertaste and practically no sweet aftertaste at all. However, luxury coffee companies employ Colombian coffee because of its robust physicality.

To ensure that a consistently high standard of quality is met, coffee beans from all around Colombia are combined to make Colombian coffee. Arabica beans have a taste profile that is softer and less acidic than Robusta beans, hence Colombian beans, like Kona and Jamaican Blue Mountain beans, are the only kind of bean used in the production of Colombian coffee.