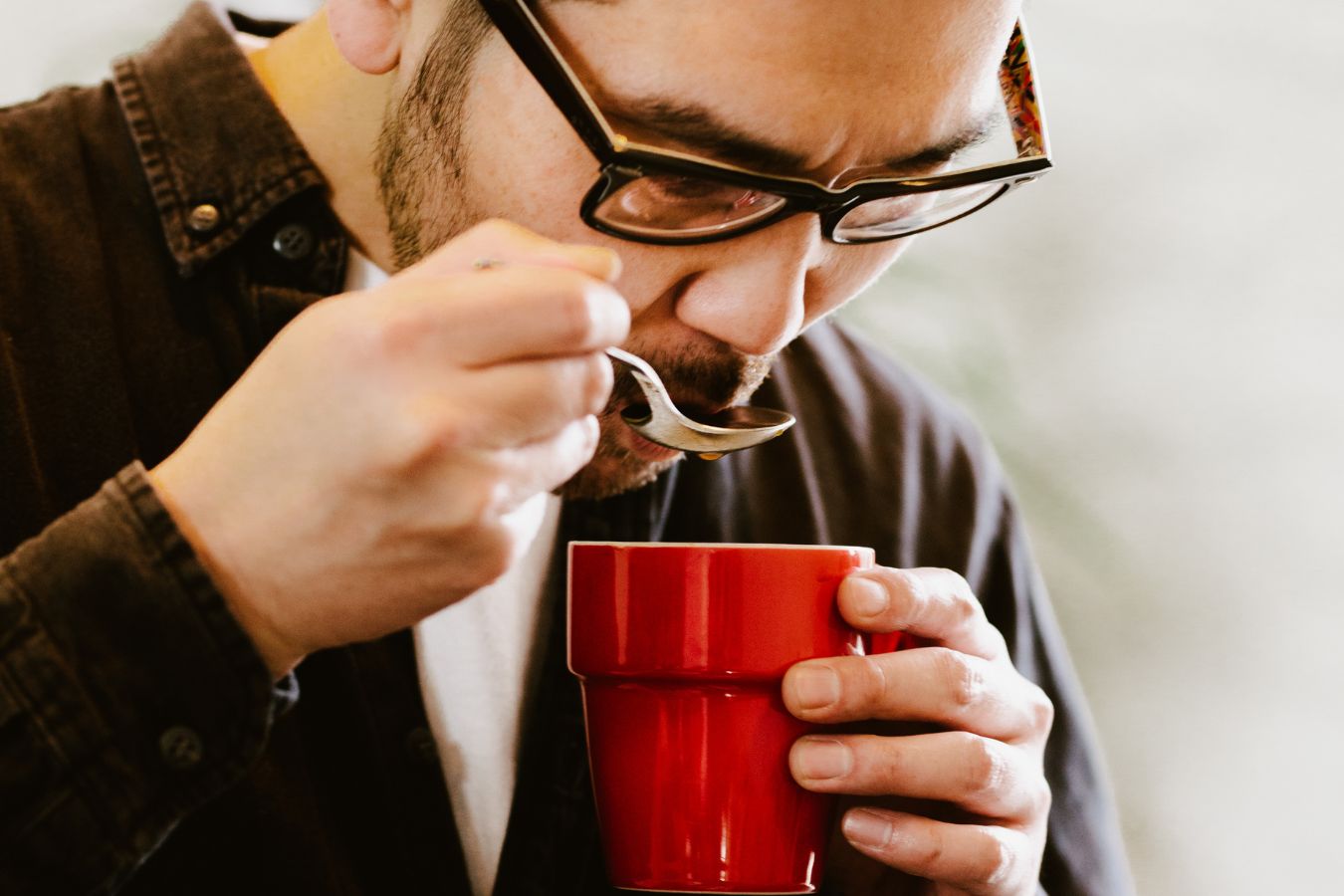 Cupping
Aftertaste | Definition in the Coffee Dictionary: The flavor and scent that stay in the mouth after ingesting are referred to as the aftertaste or taste of coffee (Aftertaste). The aftertaste of coffee is one of the most underappreciated aspects of the beverage, even though it is one of the most crucial – both for you and for everyone you could come into touch with after drinking a cup in a day. So, why do some odors and flavors last longer on the palate than others? And why do the most terrible flavors appear to linger the longest?

Aftertaste  /ˈɑːf.tə.teɪst/ or  /ˈæf.tɚ.teɪst/ is the taste that a portion of a particular food or other substance leaves in your mouth when you have swallowed it.

What are the different words between an aftertaste and an after-odor?

Dictionary word finder words taste, strictly speaking, relates to the sensations we have on our tongue: sweet, salty, sour, bitter, umami, and possibly a few others. When we talk about aftertaste in coffee, we’re usually talking about flavor, which is the mix of taste and fragrance. To distinguish them from an aftertaste, guardian jobs holidays researchers occasionally use the terms “after-odour” or “after-flavor.”

App guardian content guardian argues that if only the main flavor is considered, the aftertaste of the coffee will be significantly different from the taste when drinking. learn word lists different substances leave different aftertastes: caffeine, for example, has a longer aftertaste than quinine (EJ Leach & AC Noble, 1986). As a result, the balance of flavors in the aftertaste can change from the very first sip.

However, when it comes to the Aftertaste position, the things that make the most difference are the taste (flavor) in general, not simply the taste (taste). This occurs due to some molecules lingering in the mouth for longer after swallowing coffee. Because these molecules enter the nasal cavity through the back of the throat, we can smell them even after we’ve eaten the majority of the coffee. The “reverse olfactory reaction” is the term for this phenomenon. Because the action of the pharynx drives the aromas into the nasal cavity, swallowing improves the sense of smell behind the nose.

The classification of persons as “tasters” or “non-tasters” based on their sensitivity to propylthiouracil’s bitterness and the expression of fungiform papillae on their tongues has suggested a genetic foundation for taste perception differences between people.

Aftertaste sensations experienced by “non-tasters” following caffeine ingestion, for example, were shown to fade faster than those experienced by “tasters.” This could imply that “tasters” are more sensitive to the tastes of diverse foods as a result of their taste-bud profiles, and hence have a more enduring sensation of those foods’ flavors.

A case dictionary study in wine

We know that more significant and less water-soluble molecules linger in the mouth longer, but we don’t know which molecules contribute to the coffee’s aftertaste. In the case of wine, where it has been researched in greater depth, it has been discovered that aftertaste is not only related to molecular size or solubility but is also more complex.

Various flavors last for different amounts of time in wine, just as they do in coffee. The most volatile chemicals, such as those that give fruity or floral flavors, will be the first to vanish. Solver scrabble word on the other hand, Wine Polyphenols can interact with distinct flavor molecules in different ways, changing how volatile they are and how we perceive them (AK Baker & CF Ross, 2014). In other words, they can affect their aftertaste. Polyphenols are also found in coffee, and they may have similar effects.

Researchers discovered that a small, hydrophilic molecule called Guaiacol stayed longer in the mouth than predicted in a study that directly assessed which molecules were retained in the mouth. The essential oils of orange leaves, lemon peels, tobacco, and celery contain Guaiacol, a tiny chemical. According to the researchers, the polyphenols enable it to attach tightly to proteins on the lateral surface of the tongue, contributing to the aftertaste (A Esteban-Fernández et al., 2016).

According to the researcher’s radio books art, Guaiacol’s molecular structure comprises a phenolic ring linked to the same rings found in polyphenols. Coffee’s smoky, spicy, and tobacco odors are often due to molecules of this structure (I Flament, 2001). On the other hand, Guaiacol is a precursor to various odorants that contribute to good smells, such as eugenol (clove, cinnamon, etc.), which has a vanilla-like aroma (vanillin is a phenolic molecule). As a result, this effect may be beneficial because some flavors are more pleasant in coffee’s aftertaste.