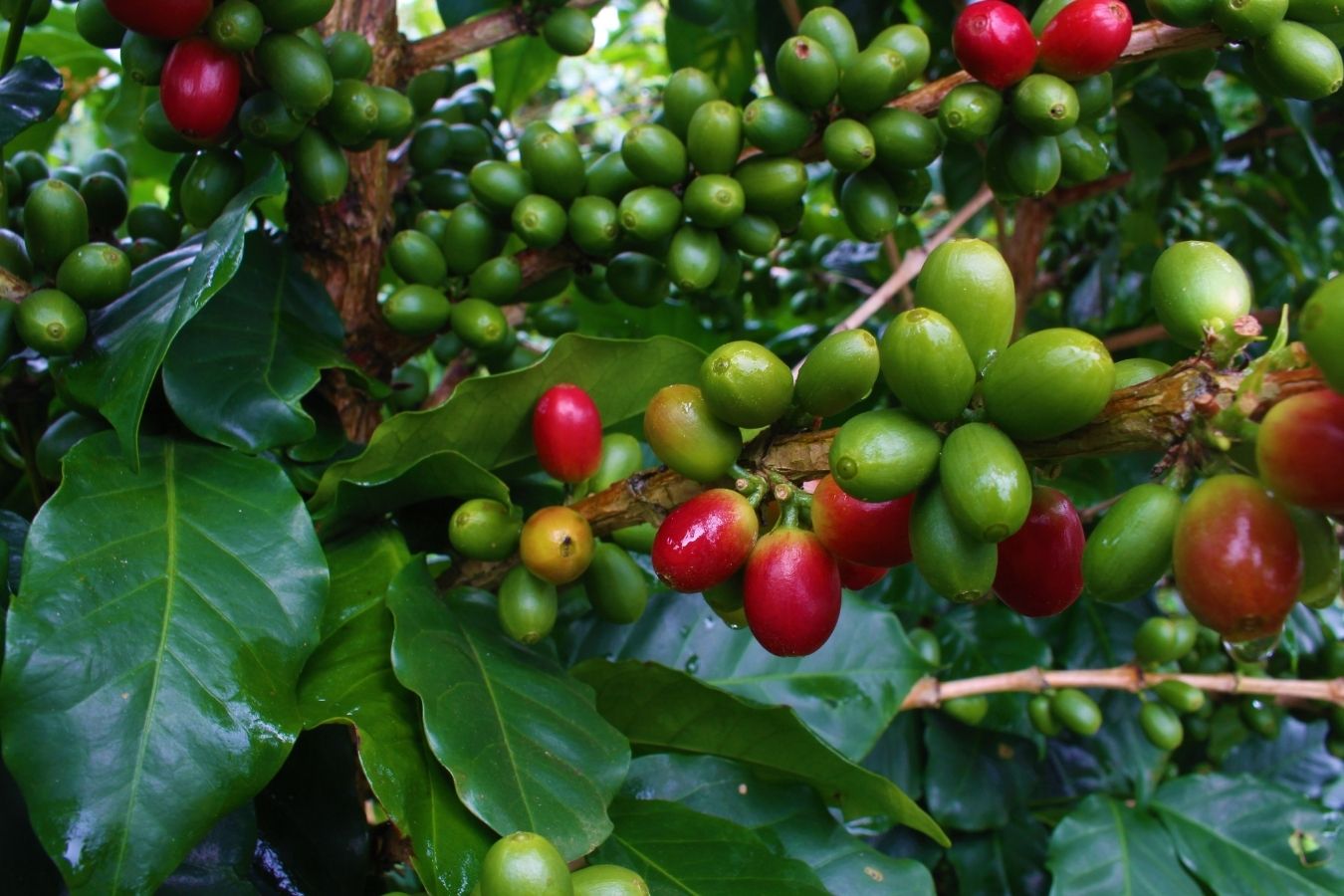 The Blue Mountain region is the highest area of ​​Jamaica, and also one of the most premium coffee-growing regions globally. Over the past few decades, Jamaican Blue Mountain coffee has developed a reputation, making it one of the world’s most expensive and sought-after coffees. The rarity of blue mountain peaberry coffee means that every bag of blue mountain beans from here must be inspected and certified by the Coffee Industry Commission before being labelled with the Blue Mountain name. Join Helena to learn about Blue Mountain Coffee from Jamaica

Jamaica is an island country in the Caribbean Sea. When it was a Spanish colony, it was called Santiago. Outside of the coffee industry, Jamaica has long been known as a tourist destination of experientialism, romance & luxury.

In the world coffee production market, Jamaica ranks 43rd, an almost insignificant contribution to the global coffee output. Production statistics show very modest numbers in this island nation, but that is not representative of the quality of coffee here, but even quite the opposite. CafeImports figures in 2017 will prove this:

Then this coffee jamaica blue variety was Sir. Nicholas Laws, governor of Jamaica, bought it (in 1725), and this is the first time coffee trees are grown on the island nation. From there, the story of coffee in Jamaican blue began. Over the decades that followed, Jamaican coffee developed a reputation as one of the world’s most expensive, most loved coffees.

Initially, its production was relatively limited; in 1752, Jamaica only exported about 27 tons of coffee. The boom began in the second half of the 18th century with coffee spreading from the Saint Andrew area to the Blue Mountains. In 1800, 686 coffee plantations were in operation, and by 1814 Jamaica’s annual production was about 15,000 tons.

It is also one of the highest mountains in the Caribbean. So Blue Mountain is also one of the highest coffee-growing regions in the world. Because it is a nature reserve, most coffee trees are cultivated to a maximum of 1,670 meters. However, with the cool climate of the whole area combined with fog & high rainfall, the rich soil has created ideal conditions for the growth of mountain coffee beans trees in the jamaica Jamaican region.

The traceability of Blue Mountain coffee can be difficult, as most coffees are sold under the name of the factory where they were processed. These mills sometimes produce coffee from a single large estate, but usually, they buy from the multitude of small coffee growers in the area.

Blue Mountain coffee is crucial to Jamaica’s coffee economy, so to ensure its reputation for quality, coffee is constantly tested and certified by the Coffee Industry Board before being labeled. Origin label with the name Blue Mountain.

For a long time, most of Jamaica’s Blue Mountain production was sold to Japan. It is exported in wooden crates rather than in bags. It is still maintained as a feature of this coffee to this day. It should also be noted that, due to the possibility of very high prices, there is often a large amount of coffee being misbranded as Blue Mountain.

The leading countries in coffee production always have solid support from the domestic coffee committee to support and orient the coffee industry and build the national coffee brand. If Colombia has FNC ( Fondo Nacional del Café ), Tanzania’s “Kilimanjaro Coffee” brand was created by the Tanzanian Coffee Board ( Tanzan Coffee Board ). In Jamaica, this role is taken over by the Jamaica Coffee Industry Board (CIB).

From a humble starting point, coffees from the Blue Mountain region gained a slow and steady reputation until they were considered some of the best in the world. However, today’s Jamaican coffee is hard to compete with the best coffees from Central and South America or East Africa. They lack the complexity or distinctive characteristics one might expect from specialty coffees.

However, Jamaica has consistently produced and skillfully marketed “specialty” coffees long before other producers, giving Jamaican coffee a distinct advantage. For a long time – until today.