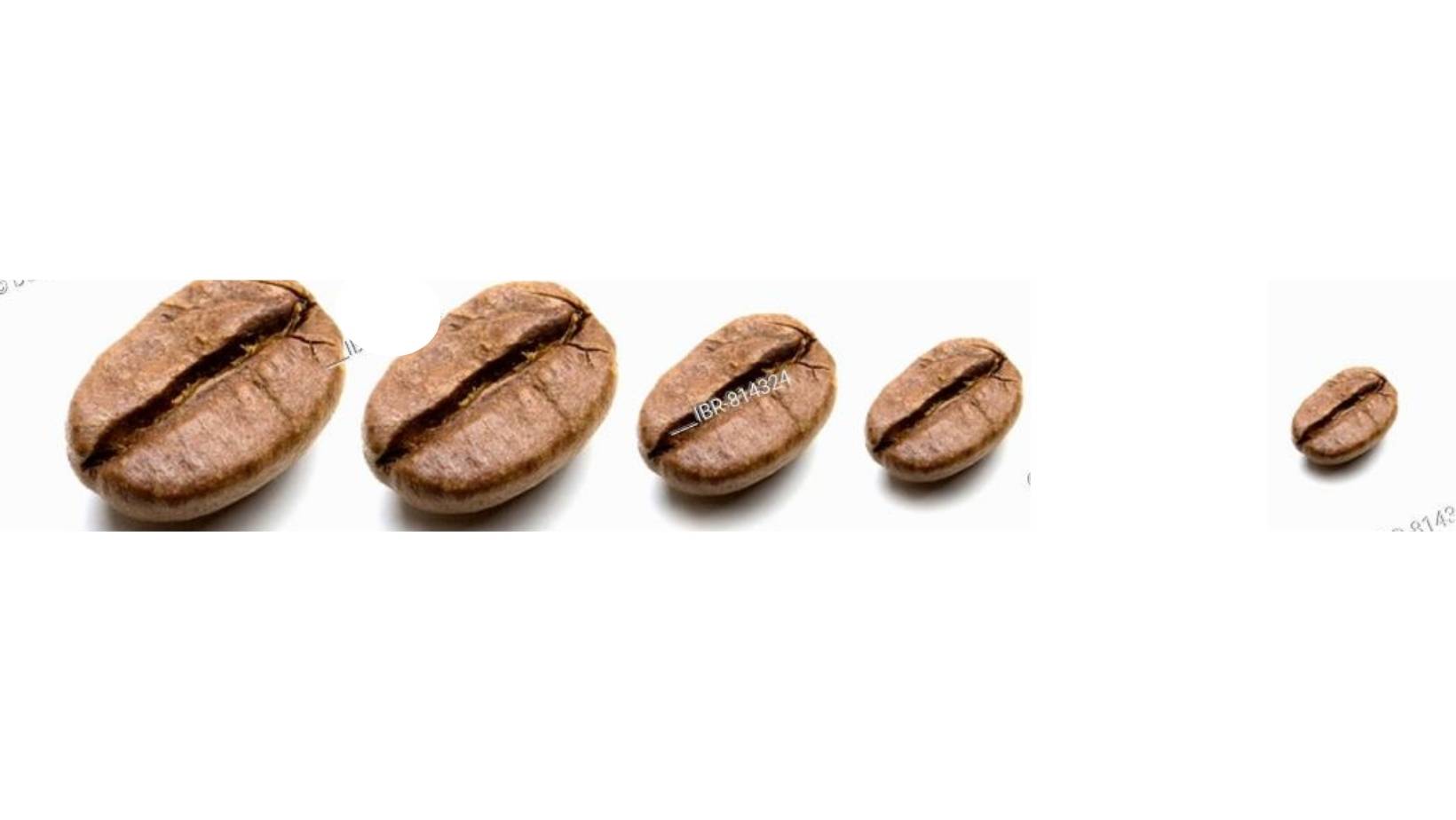 There are many ways to classify beans in the coffee industry, such as Coffee bean screen size, cultivation height, defect quantity, species, etc. To aim for uniformity of coffee beans before roasting and price orientation. Even in the market, people will classify the size of coffee beans.

What is the coffee screen size?

The Last Step in a Long Process

Before the green coffee is bagged and shipped out, the screen size separation is often the last stage in the preparation process in the dry mill. The machines that execute the task are big tables with many tiers stacked on top of each other at an angle that slopes slightly downward. The coffee is fed into the machine from above, causing the device to vibrate; the remainder of the work is done by gravity. Workers will position bags at the base of the machine to collect the coffee that flows out of it. The precision of the sizing can be increased by making many runs through the device, and many of the devices allow for human adjustment of the settings. I once assisted a manufacturer in Zambia in dismantling and then reassembling one of these. Because his machine had been installed in error with the tables in the wrong order, we had to spend the more significant part of a day ensuring that the screens with the most significant holes were placed in the correct sequence.

These sorters are typically not the most aesthetically pleasing pieces of machinery; they are generally huge lumps of metal that whirr loudly and kick up dust. On the other hand, on a trip to Brazil, Henrique Sloper of Fazenda Camocim showed me his beautifully rebuilt old sorter. Fazenda Camocim is located in Espirito Santo, close to the magnificent Pedra Azul. The image below brings forth some of its beauty in the form of a pipe organ.

Coffee has been poured through pre-drilled circular holes as a conventional method for measuring screen size. These holes are normally measured in increments of 1/64 of an inch in diameter, thus a coffee measurement screen size of 16 indicates that the coffee is 16/64 of an inch across. This is the same as saying that the coffee is a quarter of an inch across. This sizing has, for the most part, been accepted on a global scale; however, a few chosen nations have decided to either brand their coffee depending on screen size or to rename these sizes to fit a specific interest. In general, this sizing has been accepted on a global scale.

A large portion of what was formerly British-occupied East Africa (Kenya, Tanzania, Zambia, etc.) as well as India each continue to use the so-called British grading system, which grades coffee based on the letters A, B, C, and T. Some examples of countries with their own unique sizing names include these countries. The names Supremo and Excelso have become synonymous with the quality of coffee produced in Colombia, although in Brazil words such as Fine cup and NY 2/3 are more common. When referring to screen size, coffees from Central America will typically use the term EP (European Prep) or, more infrequently, American Prep. They will also use either SHB (strictly hard bean) or SHG (strictly high grown) to refer to the highest grade of coffee, which is determined solely by elevation. To add to the confusion, high-quality Brazilian coffees are often labelled as SS, which stands for “strictly soft.” This designation refers to the cup profile (i.e., there are no hard cups), not the physical hardness of the bean or the elevation.

Every one of these classifications has a certain amount of leeway built into it for coffees that are too large. Coffees categorised as European Prep can contain up to 5 percent of particles smaller than screen size 15, but coffees designated as American Prep are more broadly defined as having 100 percent particles of size 13 and a greater permissible visible defect count. Up until very recently, the Federacion Nacional de Cafeteros of Colombia had a very rigorous tolerance of 1.5 percent for Excelso screen size going through size 14. Since then, this has been changed to make it such that up to 5 percent of size 13 and 14 beans can be found in Excelso coffee.

Because having a conversation about these particular criteria has the potential to get quite confusing, I have included a straightforward table below for your reference: