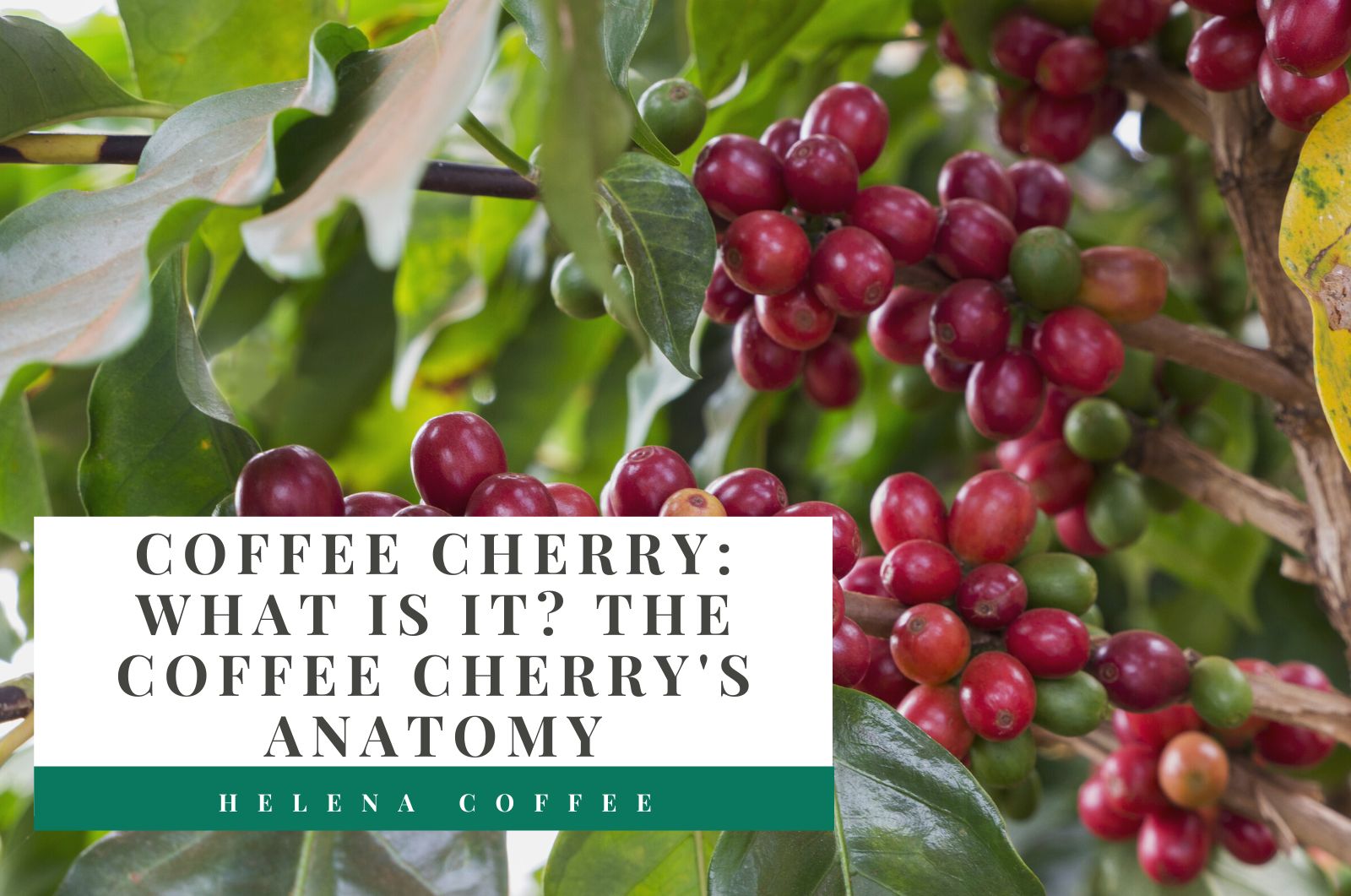 Where is the source of your coffee? You may be aware that coffee is a plant and that the cherry that produces the beans is a vibrant red colour. But what does the content of that coffee cherry mean for your cup?

Comprehension of the coffee cherry

The seeds of the fruit are what we use to roast, grind, and brew coffee. The beans are the seeds found inside the coffee cherries, which the coffee plant produces.

Coffee trees have a maximum natural height of 30 feet (9 meters). However, farmers cut and stump them short to preserve the plant’s vigour and facilitate harvesting. In a small area, smaller trees produce and are of higher quality.

Green, waxy leaves that develop in pairs cover each tree, and coffee cherries sprout from its branches. Depending on the variety, a coffee plant needs three to four years to produce fruit. According to the National Coffee Association USA, the typical coffee tree yields 10 lbs. of coffee cherries annually, translating to about 2 lbs. of green beans.

However, coffee comes in many distinct types, and each bean has unique qualities. Variables include size, flavour, and disease resistance.

The exocarp is the outer layer of a coffee cherry. Depending on the kind, it starts out green before maturing into a vivid red, yellow, orange, or even pink colour. Green coffee beans, the unroasted seeds inside the ripe coffee cherry, should not be confused with green coffee cherries.

The mesocarp, also called the pulp, is a thin layer that lies beneath the cherry’s outer skin. The pulp’s inside layer is called mucilage. Under the mucilage, there is a pectin layer as well. Sugars, which are vital for the fermentation process, abound in these layers.

Finally, we arrive at the coffee seeds, also known as endosperm but more commonly referred to as beans. A coffee cherry typically contains two beans, each protected by a papery shell known as parchment and a thin epidermis known as the silverskin (technically the endocarp).

The parchment is often taken out in the initial stage of dry milling, called hulling. The dried parchment and remaining fruit are removed from the beans using machinery or millstones. However, occasionally green beans are offered as parchment coffee with this coating still present.

A collection of sclerenchyma cells firmly adhered to the beans make up the silverskin. To support and safeguard the seed, these cells form. They are known as chaff when they fall off while roasting.

Some coffee cherries have just one seed, which is larger and rounder than typical. The beans are referred to as peaberries, and this occurs in roughly 5% of coffee cherries.

Peaberries can develop when insufficient pollination and one ovule isn’t fertilized, or they can be an anatomical variation of the plant. Occasionally, the seed doesn’t grow because of hereditary or environmental factors. Peaberries typically grow in areas of the coffee plant that are subject to harsh weather.

Peaberries are occasionally priced higher than other fruits, and there is controversy about whether they have a sweeter, palatable flavour. Their rounded shape enables better rolling in the roasting drum, regardless of whether you believe they taste different. Therefore, keeping them separate from other beans is best to prevent an uneven roast.

The impact anatomy has on your cup

Most of the time, coffee cherry fruit and skin are discarded, but occasionally they are dried and used to produce cascara for tea and other items.

Because it is challenging to remove skin and mucilage from coffee beans, various processing techniques have been devised. Each method has an impact on the final coffee’s flavour and profile.

For instance, all fruit flesh is eliminated from washed coffee before drying. However, after drying, the fruit flesh is removed in natural coffee. The skin and occasionally a portion of the mucilage are removed before drying in the raw processing of honey and pulped fruits. In contrast, the remaining glue and other layers are removed later.

Coffee that has the mucilage still on is sweeter and has more body. Comparing the wet and dry post-harvest procedures makes the reason clear.

Coffee cherries begin to sprout as soon as they are removed from the branch. The sugar in the seed is used in this. When drying starts, germination ceases. Compared to pulped naturals or washed coffees, natural processed coffees get at the drying terrace earlier. As a result, the naturals have more sugars left behind and are therefore sweeter.

Both dry and wet processing result in the mucilage’s sugars fermenting, affecting the finished product’s flavour. The unexpected fermentation process can result in unwanted traits without careful observation and constant drying.

Producing, processing and roasting can all be better understood if you have a fundamental understanding of the coffee cherry. You can choose with greater assurance the next time between a naturally processed and washed coffee if you understand what those terms represent and how they will affect your cup.