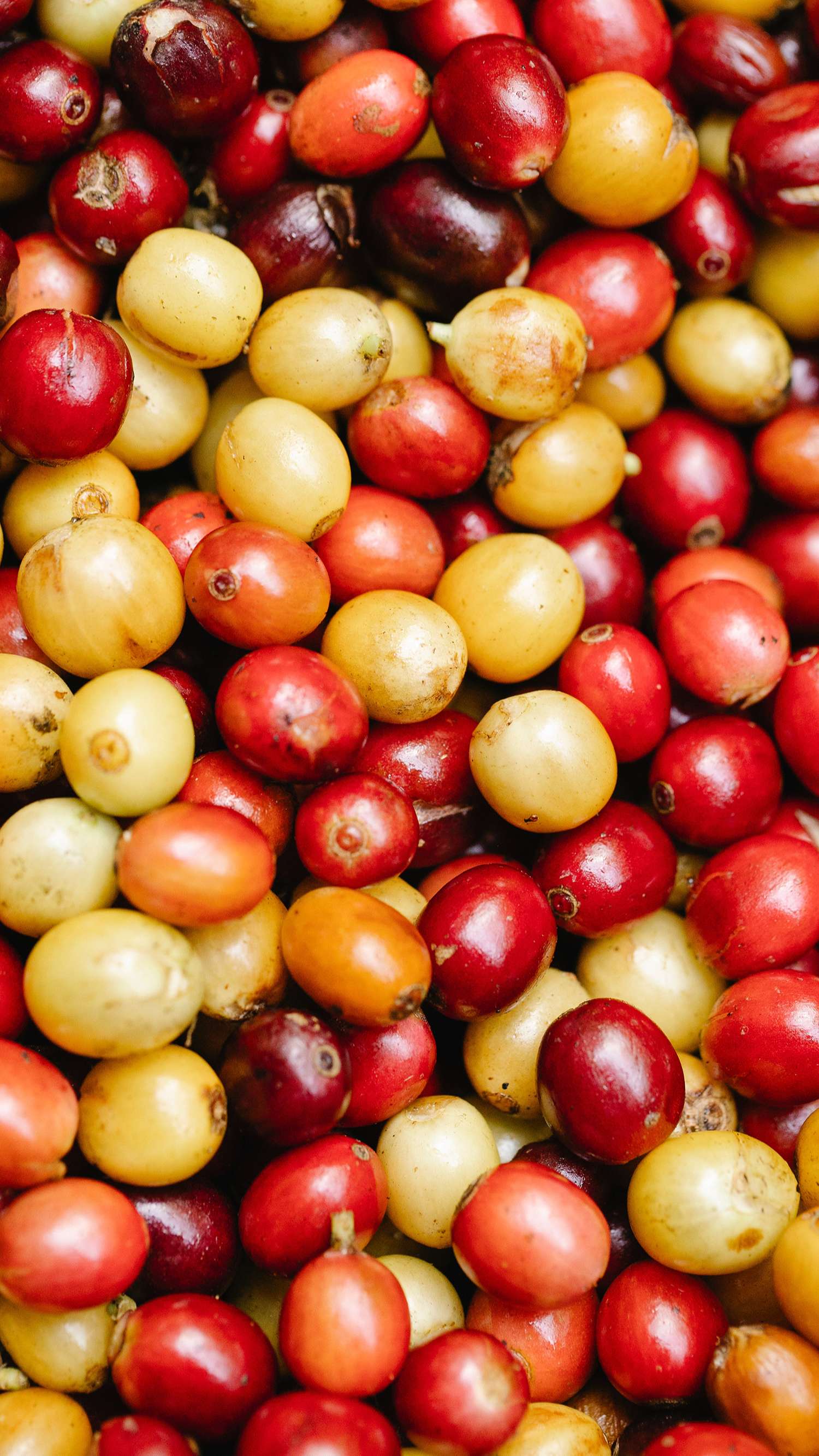 Global coffee production has tripled in the last 50 years, however much of this growth has been ensured by two origins; Brazil and Vietnam the rest of the world coffee-producing community has remained relatively stable for decades. Simply put, coffee farms around the world fall under one of three archetypes; large high-tech agricultural estates; family-owned farms, or small-scale production households. Large coffee plantations exist mainly in Brazil – They represent less than 1% of all coffee farms in the world but provide around 5-10% of global production.

Ipanema , is one of the world’s largest coffee agribusinesses located in the state of Minas Gerais, Brazil – with more than 10 million coffee trees, an average annual production of 85,000 bags – more than some small coffee-producing countries. With a yield of 31 bags/ha – twice the world average; Ipanema is not only a vertically integrated and agricultural model with growing, processing, exporting, and marketing capabilities but also a world away from most typical small coffee farms. in this article.

The coffee industry and the paradox 95/5

There are not many examples like Ipanema in the world, Coffee estates up to several hundred hectares can be found in a number of different coffee-producing countries, especially Central America and Colombia. Family-owned, highly technical, and labor-intensive, these estates are not only an important source of income for communities but also play an important part in the multi-generational social fabric of the country. Latin American countries. Overall, they account for less than 5% of all the world’s coffee farms but provide about 30% of the world’s coffee production.

Apart from the above exceptions, the remaining 95% of the world’s coffee farms are smallholders holding less than 5 hectares. Most of the world’s coffee, about 60% of total global production, is produced by these smallholder farmers. Yield rates are well below the global average and as a general trend, these small coffee farms are shrinking in size as the farms are further subdivided with each generation. In Uganda, the average small farm is halving in size every generation; about 4 ha in 1960 to 2 ha in 1990 to 1 ha today.

Of these small farms (95% figure) about half are less than 2 hectares in size and generate “dead income” – below the globally accepted definition of extreme poverty. But how is that possible? As coffee is a higher value crop than many other agricultural crops and it has brought a proud income to its growers. However, from a social perspective, most farmers and workers working for the world’s coffee farms do not enjoy the standards of income, food, education, and health.

Extreme poverty according to the United Nations (2015) is a norm of income per capita below about 1.25 USD per day. It is estimated that more than 800 million people live in this range, about 50 to 100 million of whom own or work on coffee farms. So instead of talking about the economic impetus that coffee brings to the rest of the world, we will focus our attention on smallholder farmers – but make up the majority of farmers involved. into the world coffee industry, to understand the social challenges they face and what can be done to address their situation.

Many coffee-producing regions are enjoying sustained economic growth above the global average. Every year for the past 5 years, Colombia has surpassed the US in economic growth and Ethiopia has grown faster than China – The Craft and Science of Coffee

This growth is often accompanied by increased minimum wages and expanded employment opportunities outside of traditional fields. These are encouraging developments. However, they pose new challenges for traditional industries – such as coffee. The Sustainable Trade Initiative report in Colombia analyzed that cultivating a 2-hectare coffee farm pays significantly less than many other jobs including trucking, working in a textile factory, or even the wages of workers.

Growing coffee is one way to curb poverty, but certainly not the way to prosperity; Even so, coffee farmers accept their lives with such fervor and vivacity that it shapes the character of some countries.

In most other countries, smallholder farmers are already producing coffee beans for much less than their break-even costs. They neglected to calculate the value of their land or their family’s labor, and marginalized efforts to conserve the environment or upgrade needed infrastructure. Calculating the production cost per kilogram of coffee has become a challenge and often an ideological debate. This is because it is tied to the reality of a rural economy where people do not have access to the necessary financial knowledge.

If growing coffee is not economically viable, existing and intended coffee growers will not find it attractive in such a turbulent and risky market. Growing coffee is not profitable, cannot afford social security, and is hard work. The average age of a coffee farmer in Africa is 60 and in Colombia, it is 56. With no immediate generational succession, who will be left to plant in the future? The younger generation is drawn to urban occupations with little risk, leaving behind a tradition of family farming.

For a long time, prices were a race to the bottom, with industry claiming it was incapable of dissociating itself from market forces. The fact that buyers repeatedly assign prices to market fluctuations only serves to force farmers to accept whatever prices are offered. As prices barely include production costs (on top of the cost of living), small-scale farmers close the gap by sacrificing their family’s standard of living and investing in the farm. This only perpetuates the vicious cycle of low productivity, falling profits, and future uncertainty. As a result, smallholders have little control over coffee profits and their own quality of life.

When market prices fall, it is farmers who are most affected because on the one hand they are the “price makers” but on the other hand must accept whatever price the market will offer, even if the price falls. The market is not enough to cover production costs. In addition to unpredictable price fluctuations, coffee farmers face the challenge of obtaining capital while managing other risks such as weather and disease. Loans can help growers at the beginning. However, this is often accompanied by constraints on the selling price, output, etc. before the coffee is actually harvested. Thus, this also entails a new risk, if yields are not achieved due to crop failure, bad weather, or other factors.

Farmers are often born and bear the greatest consequences from speculation. They wait to sell, hoping that the price will go up and usually end selling when the price has dropped. For many coffee farmers, the price of coffee is almost a lottery that farmers have no control over. They live with the hope that it will increase; in fear that it will plummet. From 1962 to 1989, the International Coffee Organization (ICO) used a quota system to regulate supply and demand. This achieved a steady price, typically around $1.2-1.4 per pound for most of the 1980s.

However, the quota system indirectly “allows farmers to produce freely” and leads to a surplus. The United States pulled out, and in July 1989, the system collapsed, and the world was flooded with coffee. The main coffee-producing countries could no longer afford to keep prices down, and then the industry followed the global liberalization craze. In most countries, prices have dropped to 40-50 cents, much less than the investment costs farmers have spent.

By agreeing on the amount of coffee purchased and sold between the producing country and the importing country. The quota agreement helped keep coffee prices relatively stable throughout the years 1963 to 1972. Until 1989, after five times of maintaining the agreement, changes in consumer demand prompted the United States and Brazil to breakthrough. Breaking the agreement resulted in a huge amount of Robusta from Brazil flooding the market.

At the height of the coffee crisis in the mid-1990s in all coffee-producing countries, many farmers quit their jobs and lost their livelihoods. Poverty increases while incomes go down. Shade trees were cut for timber and illegal crop production (opium poppy) increased. Economic sustainability, specifically costs & profits, never really recovered from the lows until 2005, the ups and downs brought prices to the next low in September 2013, when the average price reached $1/lb, again below the cost of production.

In fact, market prices for raw coffee have not kept pace with increases in the cost of living, fertilizer or labor costs. All of these factors have reduced farmers’ ability to reinvest in the next crop. According to the ICO, coffee prices – in real terms (adjusted for inflation) in the 1990s and 2000s were still below prices in the 1980s before the quota system collapsed. That’s why pricing is at the forefront of today’s coffee trade

There is a wide range of market-based price hedging tools available, but these hedging tools are only accessible to those who have the funds to pay upfront. For most producers and exporters, the only viable risk management tool is to agree on pre-harvest contracts. With forward contracts, farmers know in advance the price they will receive from the crop, and then use them as collateral to have working capital for production. These contracts are often fixed relative to the market price of coffee futures and this has become a weakness.

When cooperatives or farmers enter into a futures contract, it ensures they are paid a “survivable” rate with the upcoming crop. With a price set by the buyer, and then the market price rises, farmers are faced with two options: either break the contract and sell the coffee to other traders for a profit or comply. pre-determined prices. And whichever option is adopted, farmers are excluded from the highest profit margins.

In recent years, the coffee trade has hedged through derivatives (Derivative – a confusing financial term; these include forwards, futures, and options). ,..) to create more price stability. In return, these instruments opened up new markets for speculative investments, which in turn fueled market volatility. Although coffee companies want to stabilize prices, speculators can only make money if prices fluctuate. During the 1990s, an average of 8,500 contracts were traded daily; By 2015, this number had grown to more than 32,000. In New York alone, contracts change hands in the futures market amounting to 15 times the total world coffee production.

The price movement of coffee, in general, has become even more volatile and difficult with new financial tools and trading strategies such as Index traders, flash traders, etc. Therefore, there is a daily concern. increasing that short-term speculation is affecting international coffee prices. With physical trading now separated from speculation, this creates even more unpredictability for producers.

Looking for a better future trade

Globally, independent analyst Maja Wallengren has shown that income per small farm unit has fallen by 25-50% over the past decade (Wallengren, 2013), based on a combination of market prices low, reduced farming scale, and lower yield. She also estimates that more than half of the smallholders no longer consider coffee as their main livelihood. The industry needs to come to terms with paying a higher price for coffee so that these smallholders can achieve a better livelihood. The price needs to be paid for the real production costs, including environmental impact, seed source.