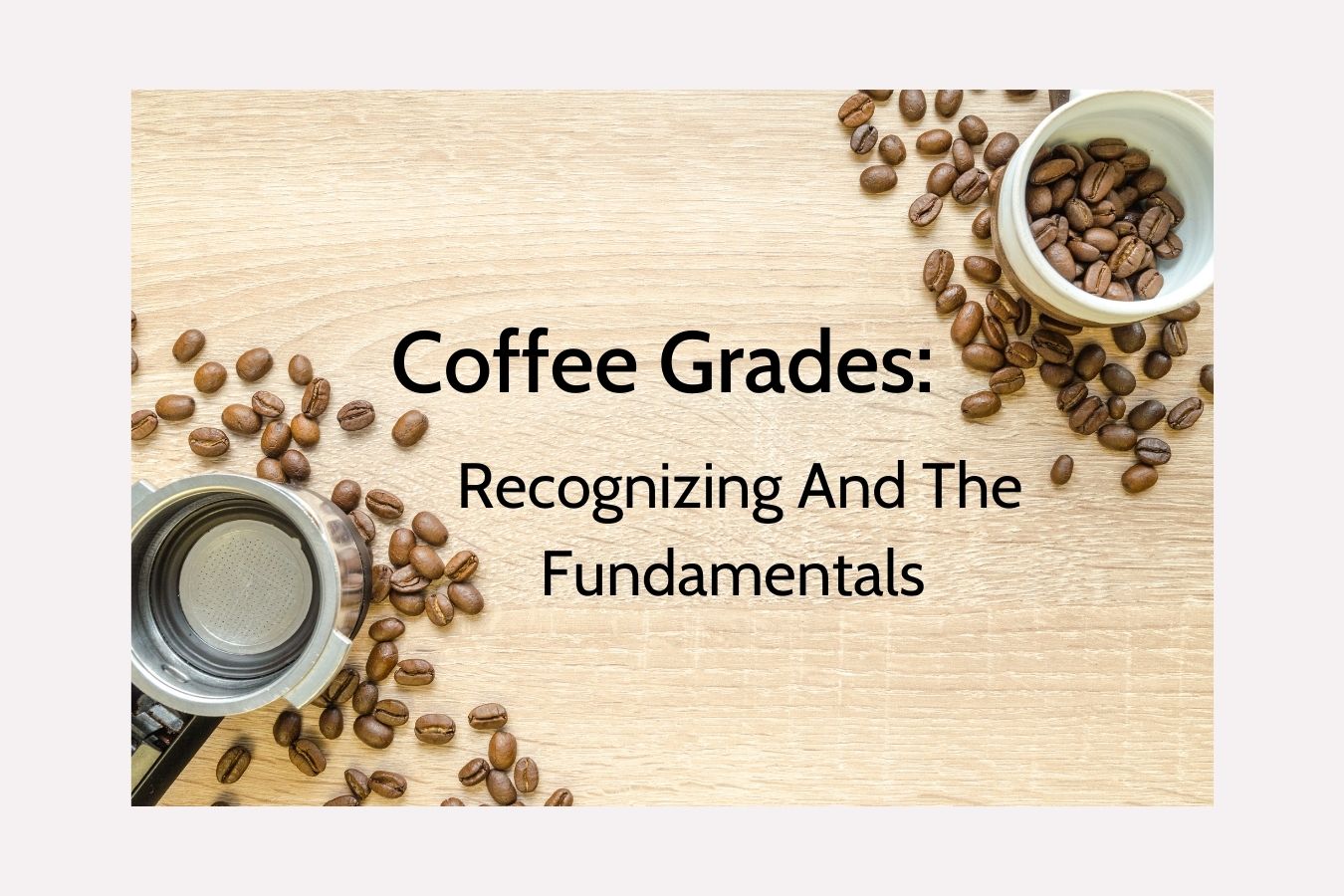 Coffee Grades: Recognizing And The Fundamentals: Beans from a specific environment in the world that are renowned for particular qualities are referred to as specialty coffee. However, the Speciality Coffee Association classifies specialty coffee in additional ways. It must also be produced sustainably and with moral standards. As it involves eyes and ears on the ground, this is typically the thing that is the most difficult to evaluate.

There is a method for identifying the quality of the cup that the coffee bean produces aside from the microclimate of origin, whether the coffee is the single origin or from numerous farms in one region within the microclimate. We refer to this as coffee grade.

What Does “Grade” in Coffee Mean?

Despite popular belief, the quality of coffee is not exclusively based on the final cup. The relationship between the dried green coffee beans and the finished cup determines the grade. The study investigates the relationship between the quantity of flaws or inconsistencies in a batch of green coffee and how it turns out after roasting. The grade will be higher if the green coffee beans pass the initial inspection, satisfy certain requirements, and produce a high-quality beverage.

To ensure that the beans are all the same size, the beans must be screened. Coffee bean screens all have identical holes, ranging in size from 10/64 to 22/64 of an inch. To determine the average size throughout the board, the beans are sorted through a screen. A speciality coffee sample of 350 grams cannot vary in size by more than 5%.

To make it possible to observe each bean individually, the beans are spread out flat. The grading surface needs to be smooth (for mobility), black, and at least 2 feet by 2 feet in size, and it needs to be set up on a table that is at least that big. To inspect the beans, the lighting must be 4000 Kelvin (K) or above. Beans with unusual appearances are separated and put aside for inspection.

If found, there are certain major flaws that prevent the batch from being considered specialty coffee. The main flaws, according to the SCAA Defect Handbook, are:

Following the removal of the beans with primary faults (if any), the remaining beans are given a closer inspection. Since secondary flaws do not stand out as much as fundamental flaws, this will take extra focus. To be closely inspected, 350 grams of beans are divided into smaller groups (approximately 10 to 15 at a time). A 350-gram sample of green coffee beans cannot include more than five secondary faults to be considered specialty coffee. The SCCA lists the following as secondary defects:

The figures in parenthesis represent the quantity of beans or instances of the flaw that would make up one (1) secondary flaw.

Following roasting, the coffee will be taste-tested for a particular flavor profile in line with the goals of the grower and the roaster. The degree to which it adheres to the intended flavor will determine whether it is given a better or lower grade.

Fun fact: There are many roasts for coffee because it is heat sensitive. Coffee beans go through a number of steps before they are placed on your table in order to achieve the desired flavor. Flavors and smells are produced by these processes.

Light roasting causes beans to become light brown, commonly known as the first crack. It functions as the initial step in opening your beans. Your coffee will taste light, have a fruitier flavor, and have a strong acidity from a light roast. (For instance, Cinnamon roast, Light City, or Half City)

Coffee with a medium brown color and a non-oily surface is produced by a medium roast. Additionally, this is how you typically taste coffee. In comparison to a light roast, it has a stronger, caramelized flavor. (For instance, City, American, or Breakfast roast)

A medium-dark roast produces dark brown coffee with a second crack, or somewhat greasy surface. You can taste a bittersweet aftertaste from this roast. In addition, the flavor and perfume are stronger. such like Full City

Due to its virtually black color, dark roast produces your robust black coffee. Unlike the others, it is characterized by a pronounced bitter flavor. The fact that it is less acidic than other roasts is a plus. (For instance, Continental, French, Italian, or Espresso)