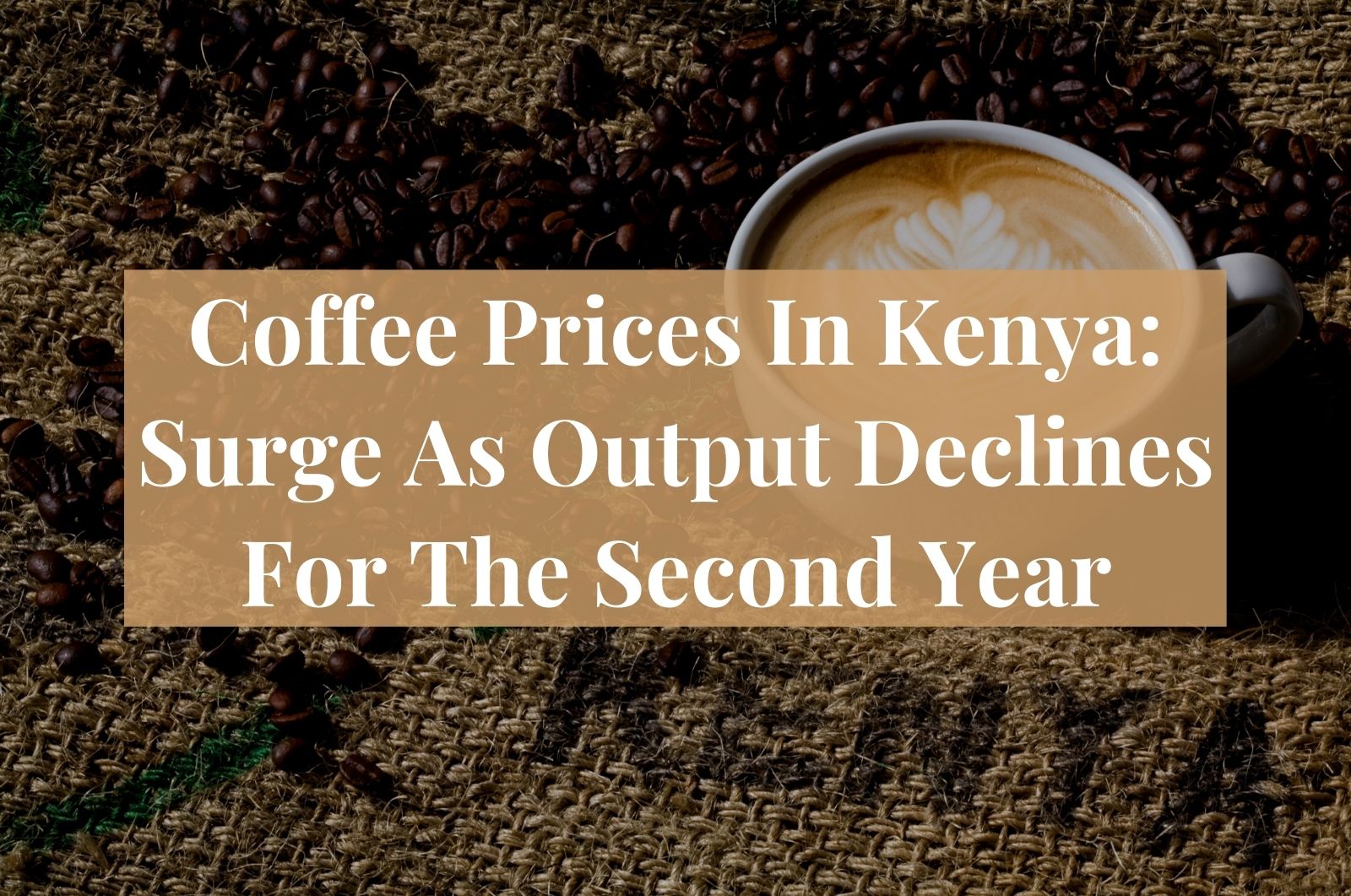 Coffee Prices In Kenya: Kenya has fallen farther behind some of Africa’s top producers, including Ethiopia and Uganda, according to the most recent statistics from the International Coffee Organisation (ICO). This is the second year in a row that Kenya’s coffee output has decreased somewhat.

The study found that outmoded agricultural methods, climate changes, and conversion of coffee estates to other, more profitable crops and real estate developments all contributed to the decline in coffee output.

The poor output in Kenya and Brazil, the world’s top producers of coffee, has contributed to price increases, but the researchers also observed that increased prices gave farmers a cause to grin.

Fears of a Brazil frost cause coffee prices to reach a 7-year high.

According to a BusinessToday post from July, coffee prices increased to their highest level in seven years due to the cold weather in Brazil, raising worries about a worldwide scarcity. According to sources, Brazil’s coffee belt has been subject to severe frosts since this year, reducing coffee output and increasing prices.

The price of coffee at the New York Exchange, which serves as the benchmark price for all prices across the globe, is now at a high of 200 US cents ($2) per pound, up from 144 cents in April.

According to Patrick Njoroge, governor of the Central Bank of Kenya, “Brazil has experienced drought, and as a result, they are experiencing difficulty in all the items that they are cultivating, including sugar, soya beans, and coffee.” Njoroge was commenting on the decline in coffee output in Kenya.

According to an update from the Central Bank of Kenya (CBK), coffee exports increased by 15.2% to Sh20.1 billion ($182 million) in the eight months leading up to August, supported by higher worldwide prices and a decline in Brazilian supply.

Due to its whole body, firm acidity, robust flavour, and lovely scent, Kenyan coffee is often ranked among the top five coffees in the world. It has a black currant flavour, which is unique to Kenyan beans. It is one of the reasons Kenyan coffee has such a distinctive flavour and is well renowned for its nuanced degrees of acidity and berry overtones.