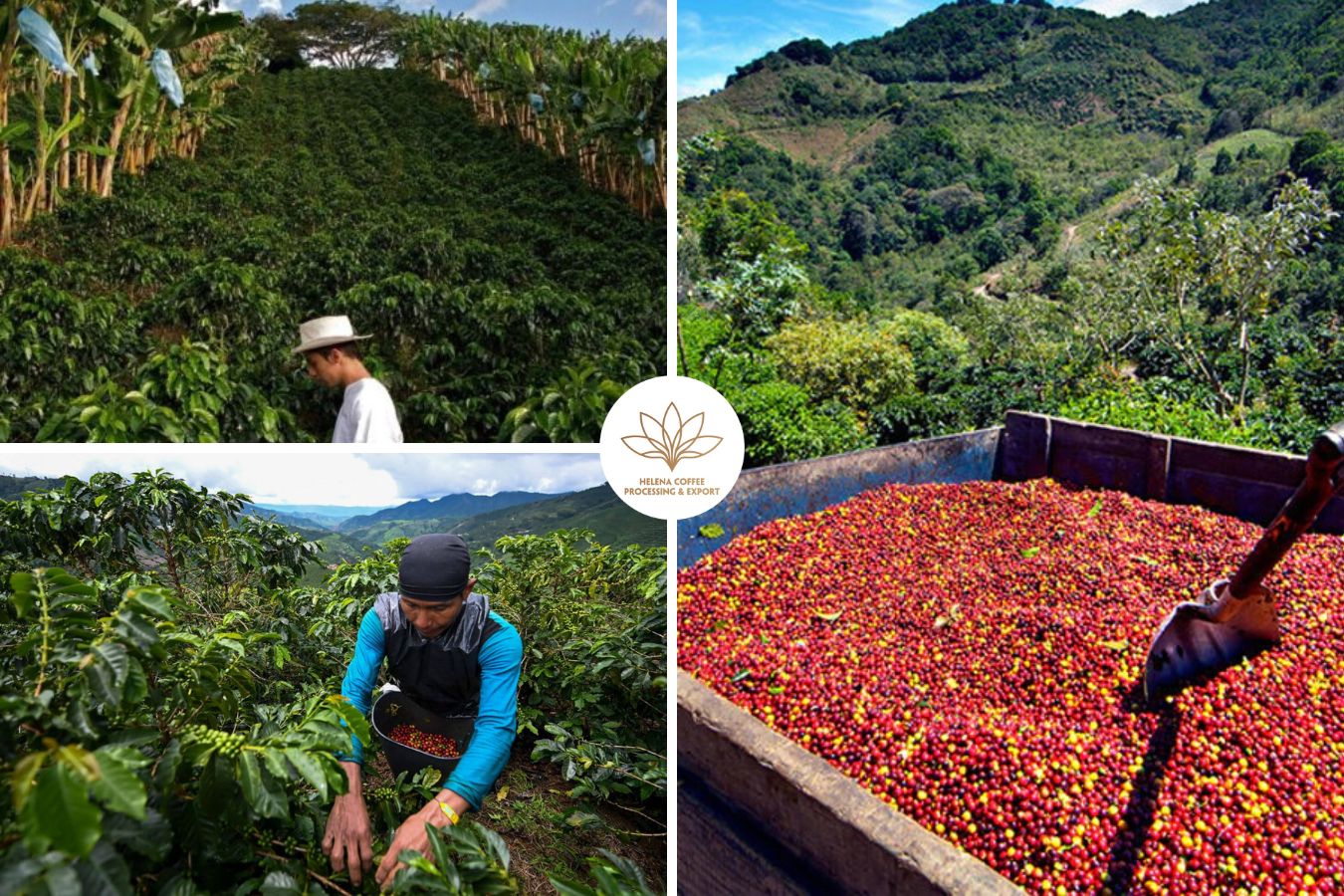 Colombian Coffee And The Impact Of War: War, violence is always something that can easily take away anyone’s happiness and dreams. And in Colombia, they broke the coffee dreams of a famous growing region. It is the land of Cauca, where coffee trees, although favored by nature, have been mistreated by humans for nearly 50 years.

1. Cauca of the past

Cauca has one of the best coffee-growing conditions in Colombia. This place has high terrain but is close to the equator, so the climate is cool and stable all year round. In addition, the extremely fertile volcanic soil also contributes to the quality of the coffee here.

Indeed, if everything is at peace, coffee from Cauca can completely become the top coffee bean in Colombia. However, that is only if. The reality is always the opposite and often painful.

The war destroyed all that potential from this land. In 1964, a major civil war between the Colombian government and rebel organizations broke out. And the land of Cauca is the place where the blood of war destroys the most. The coffee gardens and the processing factories were shelled and burned in ruins. The Caucasian people had to leave everything behind to evacuate to other places.

Some joined the rebel forces. Some turned to drugs with the protection of the rebels. This civil war has not only divided the Colombian people. But it also destroys the development potential of a large coffee growing area not only for a few years but for many generations.

This war seemed to have destroyed everything. But miracles happened and revived a devastated coffee industry.

2.  Cauca of the presentation

In 2016, after more than 50 attempts at negotiations, the Colombian government, led by President Juan Manuel Santos, finally reached a truce with the rebels.

(The president was also awarded the Nobel Peace Prize for these efforts.) This event is a historical event not only for Colombia but also for the whole world. Finally, the supposed longest civil war in modern history has come to an end. It has officially reopened for Colombia and especially the Cauca land with a new bright future.

The wounds on Cauca land, although still there, have gradually healed. Descendants of former evacuees have returned to their homeland. The former rebels have now also put down their guns and raised their plows to start over. And what most Caucasians choose to remake is coffee, a profession that has been associated with this land, with their ancestors.

And in the beginning, the people of the Caucasus are not alone. The government as well as many international organizations have joined hands to help the Cauca region recover from the war.

Organizations like USAID (the United States Agency for International Development) quickly and promptly brought aid and loans to people. These funds quickly help them rebuild their homes and infrastructure.

Then big coffee companies like Starbucks, and Traboca… also quickly stepped forward and helped people start a business with coffee trees. They provide the machines and train the farmers to access the latest coffee growing techniques.

It is also about helping people access innovative technologies such as laptops. With these tools, farmers can develop thrown skills and operate thrown farms. Along with that, the Colombian government also quickly implemented programs to restore forests and coffee nurseries. This makes it easier for new farmers to set up their farms.

And then gradually people saw a green and red Cauca like the good old days. Coffee farms are more abundant on the plateaus littered with old bomb craters. The cocoa trees (the plants that make the drug) were gradually cut down to make room for the young coffee trees. The heavy bags of coffee with the Cauca label on the pods are slowly making a strong comeback at

3. Cauca of the future

“The recent success of the Cauca coffee auction has proven that this region will be key for Specialty coffee in Colombia.” – Willem Boot, owner of the Boot Coffee brand said so to Daily Coffee News.

And indeed, along with Nariño and Huila, Cauca is now back as one of the three peaks of Colombia’s “Coffee Triangle”. But coffee beans from Cauca have regained their footing in the flavor market. These signature coffee flavors from Cauca are now more widely known.

And now Cauca has also become the choice of many roasters and coffee shops around the world.