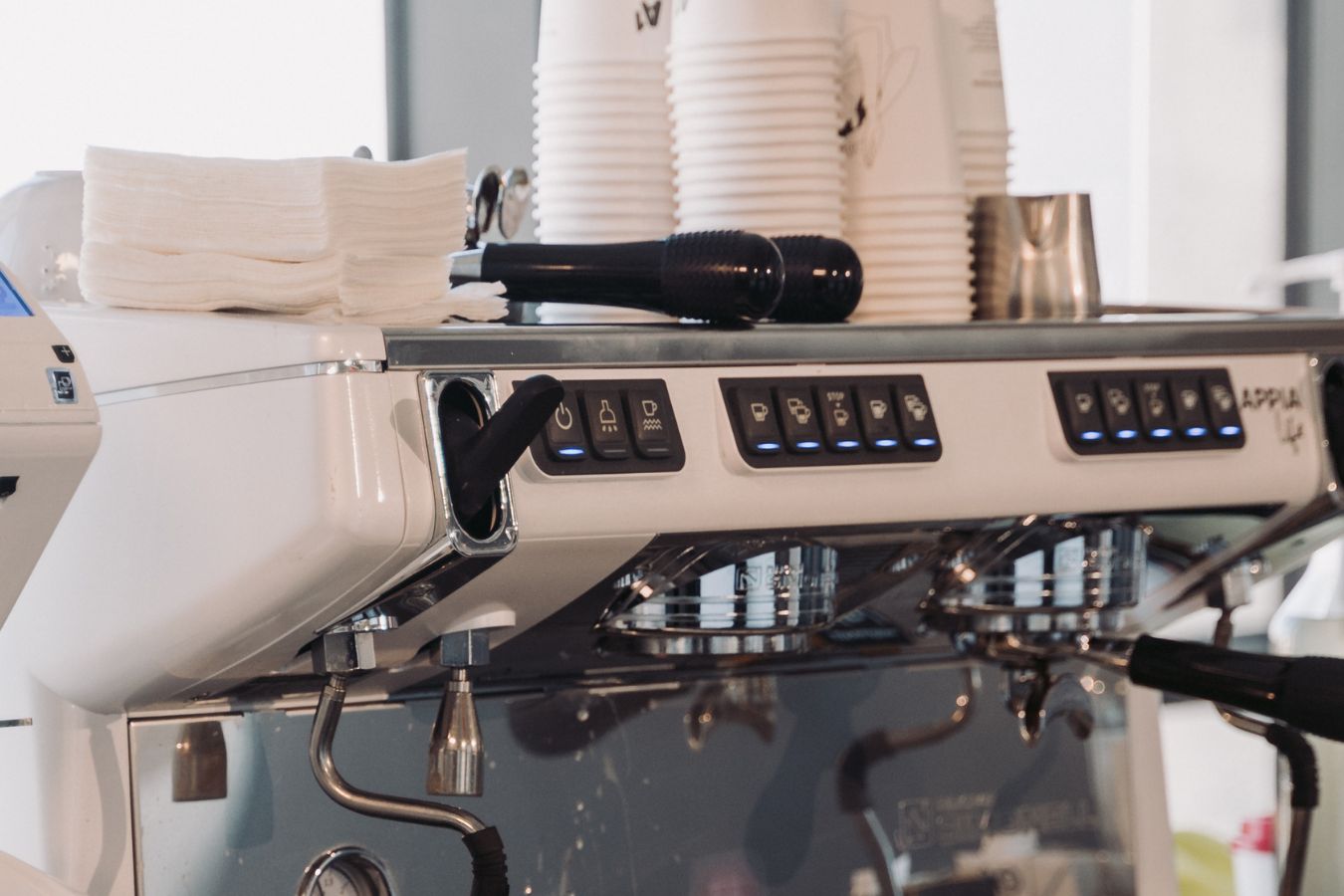 Electronic Keys Vs. Touch Keys On Espresso Machine: The thing is that you plan to buy a new espresso machine and are thinking about the interface of the machine. You are quite fond of a machine with a coauthor touch keys control interface, but “rumored” that “the touch keys are very fast, only the nest costs money to repair …”. So what’s the difference between them? And which one should you choose?

What are the mechanical keys, electronic keys (EVD) on the espresso machine?

These keys work like regular physical keys on older phones. We will act a moderate force down the key, the keys will affect the circuit board system, and here will record the command corresponding to the command assigned on the key.

For example, if you press the espresso single shot key, the circuit board will record that command and make coffee with a pre-programmed dose of coffee and water. After that, the elastic mechanism will bring the button back to the old position and wait for the new command.

The advantage of electronic keys is that there is an easy-to-understand mechanism and a solid keystroke structure. And in a way, these keys give a fairly “already” hand-pressed feel.

High-end products like espresso machines, really work very sensitively and are durable. With only a slight press, the machine received the command quickly and there was almost no delay.

Touch is increasingly applied to high-tech devices and vehicles. From high-end to high-end, it’s not too difficult to have the opportunity to experience the control devices by “swiping” and “touching”.

In order to bring new experiences to users and also meet their increasing requirements, the touch mechanism gradually appears more common. From cars, computers, phones, household appliances are all touched.

Touch on the espresso machine

And so the espresso machine is also integrated with that “birth” technology to join this bustling “swipe/touch” playground. Indeed, you will feel more modern and trendy when they have touch features. Just touch lightly, without using force, and the machine has recorded and acted quickly.

The built-in touch on espresso machines is usually a convulsive touch technology. These consist of two types: single-touch and multi-touch.

In particular, it is easy to find the type of single touch-on-touch keys such as Wega IO, and multi-touch on coffee machines controlled entirely by touch screens such as Wega Concept.

Their advantages are modern, trendy, do not take too much hand force when pressing and dirt does not slip through the openings on the button board. In parallel with the advantages, they still receive orders quickly as well as have a long life.

What is the true nature of touch and electronic keys?

As shared, you will hear the brakes of the touch key is not as durable as the EVD (electronic) key. That’s really inaccurate information.

The electronic key or touch keys on the espresso machine are only to meet the tastes of customers and help them have more choices. Some people will like to use keystrokes and some people like to “swipe”, or “touch” to control their coffee machine.

At the same time, this is also a way for manufacturers to assert their position in the industry. As well as speaking out about their level of technology with their competitors.