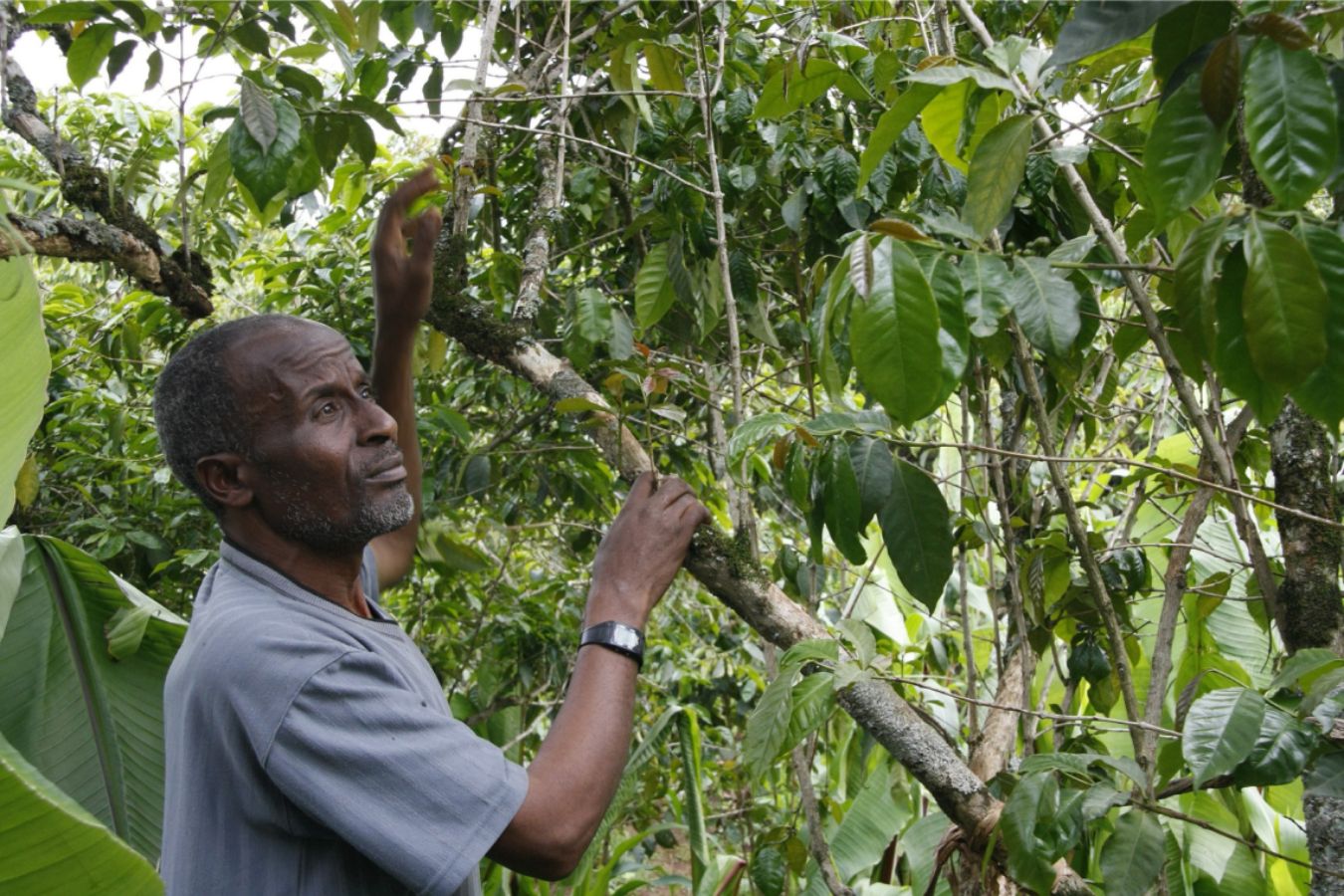 Ethiopian Heirloom coffee– used to describe specialty coffee varieties, long in Ethiopia, but “ Heirloom ” is extremely vague and lacks definition, so this concept is gradually being replaced by “ Landrace ” or “ regional ” landraces “

According to World Coffee Research, ” Landrace ” (as used when referring to the Arabica Landrace genetic group ) can be defined as a traditionally domesticated variety, locally adapted, of an established plant or animal species. evolved, through adaptation to the natural and cultural environments of local agriculture and isolation from other populations of the species.

The word Heirloom describes an old plant grown for food. Some consider that a cultivar must be over 100 years old to be classified as a Heirloom, others 50 years. And then, it is common to classify the Heirloom plant when it appeared before 1945, that is before the hybrid was introduced, or in 1951, when the hybrid was more widely available.

According to the Reference Guide to Ethiopian Coffee Varieties the term “ Heirloom ” is not quite right. In this context, the word is extremely vague and lacks the definition of how crop varieties have been selected, improved, and popularized by farmers over time.

JARC varieties are varieties developed by the Jimma Agricultural Research Center, one of the federal agricultural research centers of Ethiopia, to increase pest resistance and yield. higher. There are about 40 of them. Indigenous coffee, on the other hand, is the type of coffee that grows wild in the forests of Ethiopia. It is estimated that there are more than 10,000 varieties of Arabica coffee among these.

This means that when a consumer holds a bag of Ethiopian coffee and sees the variety described as Heirloom, those beans come from some combination of more than 10,000 varieties.

Recognition Of Heirloom Varieties In Ethiopia

There are many diverse traits among Ethiopia’s thousands of heirloom types, whether they have been identified or not, including yield, cup quality, flavor profile, and disease resistance.

Identification, though, is one of the main issues with these countless ancestral coffee varietals. This is mainly attributable to Ethiopia’s enormous diversity of genetically unique types. Furthermore, it might be challenging to distinguish and identify some types because they grow in close proximity to one another in some areas.

Finally, due to the enormous number of variants, it is often not possible to genetically validate heirloom varieties on a large scale. Instead, producers identify them based only on years of experience.

At Nardos Coffee, according to Biniyam, “farmers are contacted one by one to identify and comprehend each variety within the ancestral family.” While labor-intensive, this technique enables farmers to share information and, as a result, collect data on just a few of the hundreds of Ethiopian heirloom varieties.

Biniyam claims that after classifying them, Nardos Coffee labels them. He says that varieties are now named according to the year they were found and the numerical order they follow. The Ethiopian supply chain’s traceability is improved by recording this information and labeling these types.

Biniyam claims that after classifying them, Nardos Coffee labels them. He says that varieties are now named according to the year they were found and the numerical order they follow. The Ethiopian supply chain’s traceability is improved by recording this information and labeling these types.

Even though Ethiopia is home to over 10,000 different types, it might be challenging to grow each one on a large scale. Each type has certain needs and is frequently suited to a particular area of the nation.

“The Badessa, Khudumi, Miqe, Sawa, and Wolichu varieties are all indigenous to the Guji area, for example,” Biniyam explains. Transporting different types across the nation is thus not always a wise move, according to him.