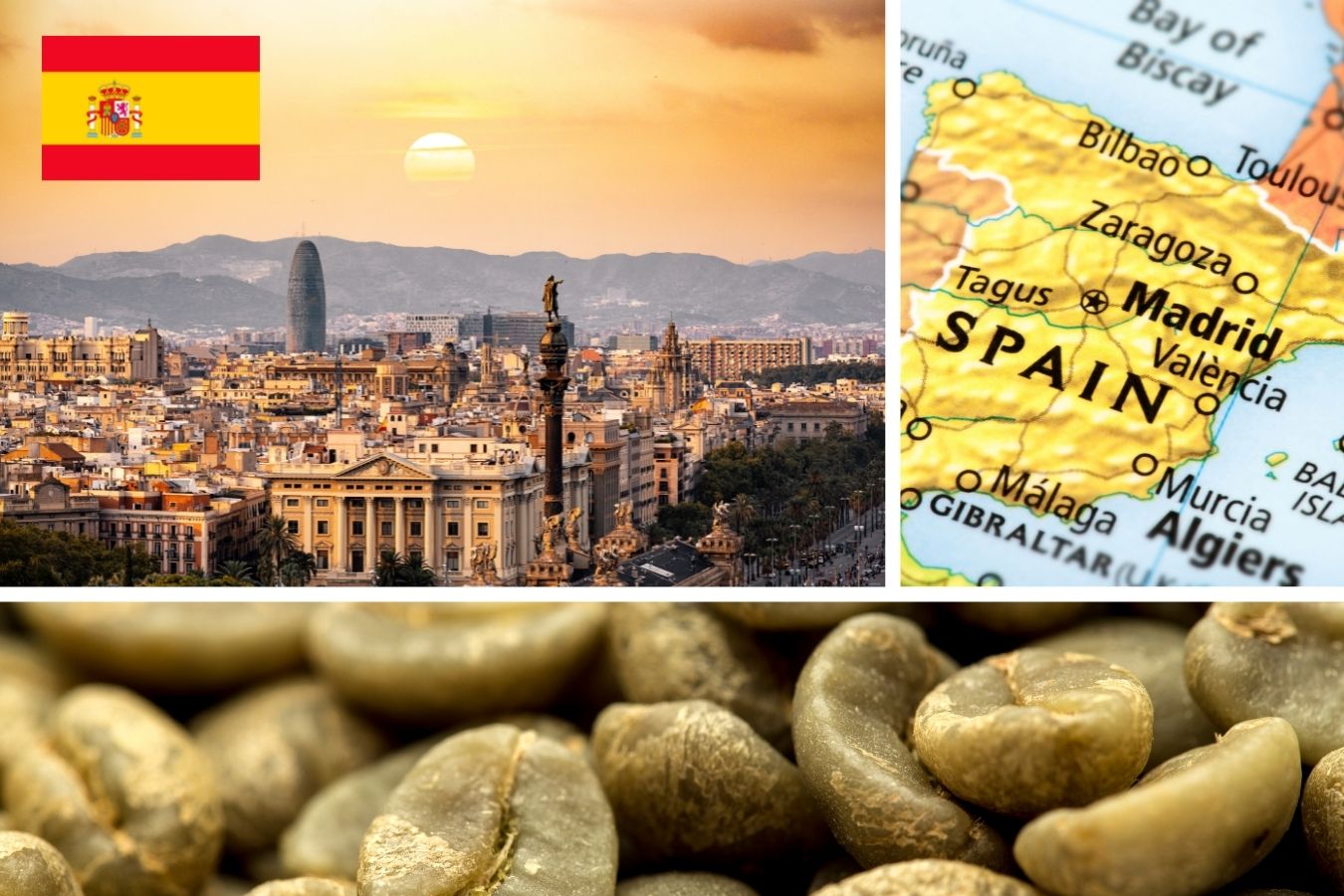 How to Export Coffee to Spain? – Shipping Coffee For Export From Vietnam To Spain: Vietnam and the EU signed the EU-Vietnam Free Trade Agreement (EVFTA) on June 30, 2019, and officially took effect on August 1, 2020; according to this agreement, EU countries, including Spain, offer necessary tariff preferences for Coffee imported from Vietnam.

Coffee has always been an important commodity in the group of agricultural products exported to Spain. According to ITC, Vietnam is the largest coffee exporter to this country in the first 5 months of 2019.

In May 2019, the value of Spain’s coffee imports equalled 84.66 million USD, bringing the country’s total coffee import turnover to 412.30 million USD, down 11% over the same period last year. Last year, affecting many exporting countries was reduced turnover. Vietnam ranks first in terms of market share, with coffee exports to this country reaching $21.58 million, bringing the total five-month turnover to $115.40 million, down 12.40% over the same period last year.

For Spain, Vietnam exports mainly two coffee products with HS code 090111 and HS code 090112, these are the two main products imported by Spain from other countries, with a turnover of 19.10 respectively million USD and 2.48 million USD.

Last June, the Vietnam-EU Trade Agreement and Investment Protection Agreement (EVFTA and IPA) were officially signed in Hanoi after 9 years of negotiation, opening up opportunities for many commodities. of Vietnam, including coffee exports to the EU market in general as well as the Spanish market in particular. Accordingly, nearly 100% of Vietnam’s export turnover to the EU will be eliminated import tax after a short 7-year roadmap from the date of entry into force of the Agreement, this is the highest commitment level that a trading partner can commit to. for Vietnam among the free trade agreements that Vietnam has signed.

In addition, for many years now, the EU, including Spain, has maintained the Generalized System of Preferences (GSP) mechanism for developing and underdeveloped countries, including Vietnam.

Are you determining taxes and procedures for importing Coffee into Spain?

To look up import taxes and import procedures of Vietnamese Coffee into EU countries in general and Spain in particular, the convenient search tool is the EC’s link below:

Determining taxes and procedures for exporting Coffee from Vietnam

For a quick lookup of export tax, export procedures can use the general tariff on helenacoffee.jsc@gmail.com. At this tariff it is possible to look up export tax and preferential export tax under free agreements….

Shipping time for Coffee from Vietnam to Spain?

The table below lists expected container transit times from the main ports of Vietnam to some of the leading international ports of Spain (for more specific time information on the respective service and other ports). For other ports of Vietnam, you can contact HP Global Consulting, Hotline: 0886775126)

Some of Spain’s main international airports are as follows:

It is a country in southwestern Europe. The Mediterranean Sea surrounds Spain’s main landmass to the east and south, the Bay of Biscay to the north and the Atlantic Ocean to the west. With ​​504,782 km², Spain is the second-largest country in Western Europe and the European Union, after France.

Spain is one of the most culturally diverse countries in the world. Due to its extensive colonial system in the 16th century, Spain’s cultural influences have spread worldwide. They have left more than 400 million people to speak Spanish today, becoming the second large world’s second language and most common birth mother.

Spain is a developed democratic and constitutional monarchy with the 9th largest economy in the world by GDP and the 15th human development index. As a member of the United Nations, the United Nations European Union, NATO, OECD, and WTO.

Gradually, sea routes were formed, and Spain became much more important in world trade because Spain’s natural position made it a natural transit point, receiving Countless ships from all over the world.

Spain with the main seaports such as:

The Port of Barcelona is a seaport with 2000 years of history and economic importance as one of the largest seaports in the Mediterranean region and Catalonia, connecting with Tarragona. It is also Spain’s third-largest cargo port and Europe’s ninth-largest.

Valencia is on the east coast of Spain. The Port of Valencia is the 5th busiest container port in Europe and one of the most active in the Mediterranean Sea.

It is a port city located in the North of Spain. This is an autonomous city in the Basque Country.

Vietnamese coffee is gaining advantages in the Spanish market

Thus, Vietnamese coffee is gaining more advantage in the Spanish market than other competitors. The prospect of Vietnam’s coffee industry in Spain in the coming time is relatively favourable due to the abundant domestic supply; Vietnam has started to enter the early ripening coffee harvest season 2018/19. Besides, Spain’s coffee imports are at a high level.