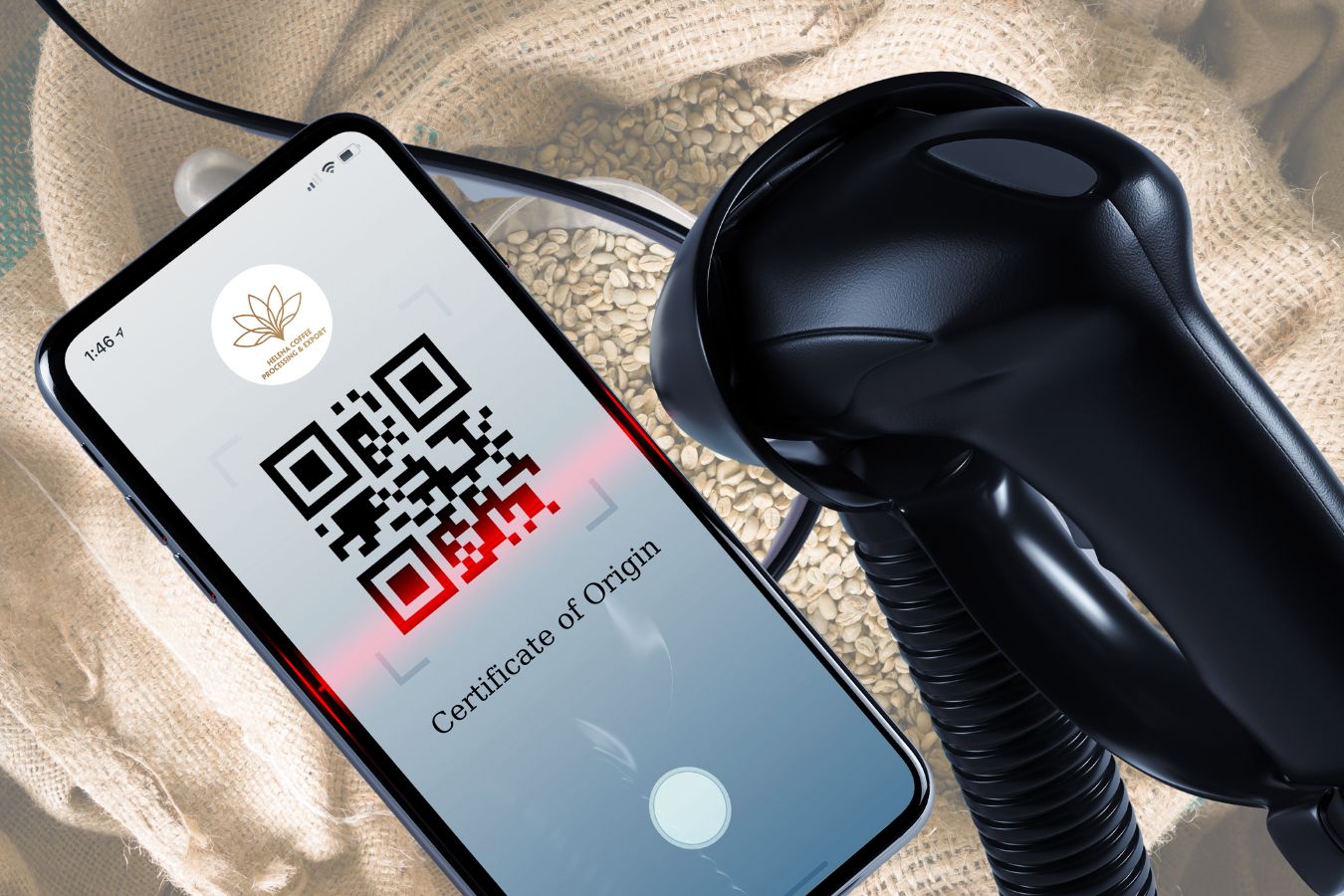 Certificate of Origin (C/O) with form ICO (International Coffee Organization) is a C/O form used exclusively for exported coffee. However, there are many different types of coffee, and each type needs to be declared in a different set of ICO form C/O. Therefore, it is not easy to declare the C/O with form ICO declaration instructions. Specifically how to declare C/O from ICO? Let’s find out with Helena Coffee Vietnam in the article below.

Certificate of Origin with form ICO is issued by the Vietnam Chamber of Commerce and Industry (VCCI) in accordance with the regulations of the International Coffee Organization (ICO).

Certificate of Origin with form ICO used for coffee goods of Vietnamese origin exported to other countries. There are types of products: green coffee, green coffee, roasted coffee, instant coffee, and others. If a shipment of coffee includes many types of coffee goods, it must be declared in multiple sets of C/O forms corresponding to each type of coffee.

Small quantities of goods for direct consumption on ships, aircraft, and other means of international commercial transport; and

Samples and packages with a net weight of green coffee not exceeding 60 kg or equivalent for other types of coffee, including the lookup function

A set of C/O samples ICO at least 4 copies:

Immediately after the VCCI signs the certificate of origin and the Customs signs the export certificate on box 16, the exporting unit returns to VCCI the FIRST COPY – for use by ICO London, 1 copy of the COPY – for internal use only, and a copy bill of lading to aggregate and send to the International Coffee Organization (ICO).

The exporting unit must keep a dossier of C/O form ICO (including 1 copy of COPY – for internal use only redwood) issued for not less than 4 years.

C/O form ICO consists of 2 parts PART A and PART B. Exporters only have to declare part PART A.

How to declare on the PART A section boxes as follows:

Box 1: Fill in the full name and address of the Vietnamese exporter (or consignor). Enter the number of the exporting (or consignment) unit issued by VCCI HCM in the 4 small boxes in the lower right corner of box 1.

Box 2: fill in the name and address of the notification (consignee, importer). Fill in the corresponding identification number of the notifier provided by the exporter itself in the 4 small boxes in the lower right corner of box 2. The exporter makes a LIST OF NOTIFICATION addresses & codes. APPLY according to the form. Each export consignment has a new consignee, the exporter manually fills in the code number (in ascending order from 0001), and the full name and address of this notifier on the list. The list must be presented when applying for a C/O of the ICO form and a copy must be sent to VCCI HCM to summarize and send to the ICO.

Box 5: enter the name of the country of manufacture (Vietnam) and fill in the 3 small boxes in the lower right corner of box 5 with the corresponding code (145).

Box 6: enter the name of the destination country (importing country) and the corresponding code (see LIST OF COUNTRY NAME & CODORATION).

Box 8: enter the name of the country of transshipment and the corresponding code. In case of direct conversion, declare DIRECT and leave 3 code boxes blank.

Box 9: enter the name of the shipping vessel. Fill in the corresponding ship number issued by the exporter itself in the 5 small boxes in the lower right corner of box 9. If not shipping by sea, fill in the necessary information about the means of transport used, for example, by truck (by lorry), by train (by rail), by plane (by air).

Exporters make a LIST OF TRANSPORTATION SERIES & CODORATIONS according to the form. For each export shipment transported by a new ship, the exporter manually fills in the code number (in ascending order from 00001), and the name of this shipping vessel is added to the list. The list must be presented when applying for a C/O of the ICO form and a copy must be sent to VCCI HCM to summarize and send to the ICO.

Fill in the Other marks section with other marks (if any).

Box 11: enter an X in the corresponding box.

Box 16: on the left, enter the date of signing the export certificate in the form DD/MM/YYYY, the place where the export certificate is signed, and the signature and seal of the customs office where the goods are exported. For the convenience of comparison, re-inspection should specify the number and date of the export customs declaration at the top of this section, for example, Customs declaration for export commodities No. 26424/XK/KD/KV4 dated October 15, 2002.

On the right, fill in the date and place of signing the certificate of origin of the C/O issuing organization.