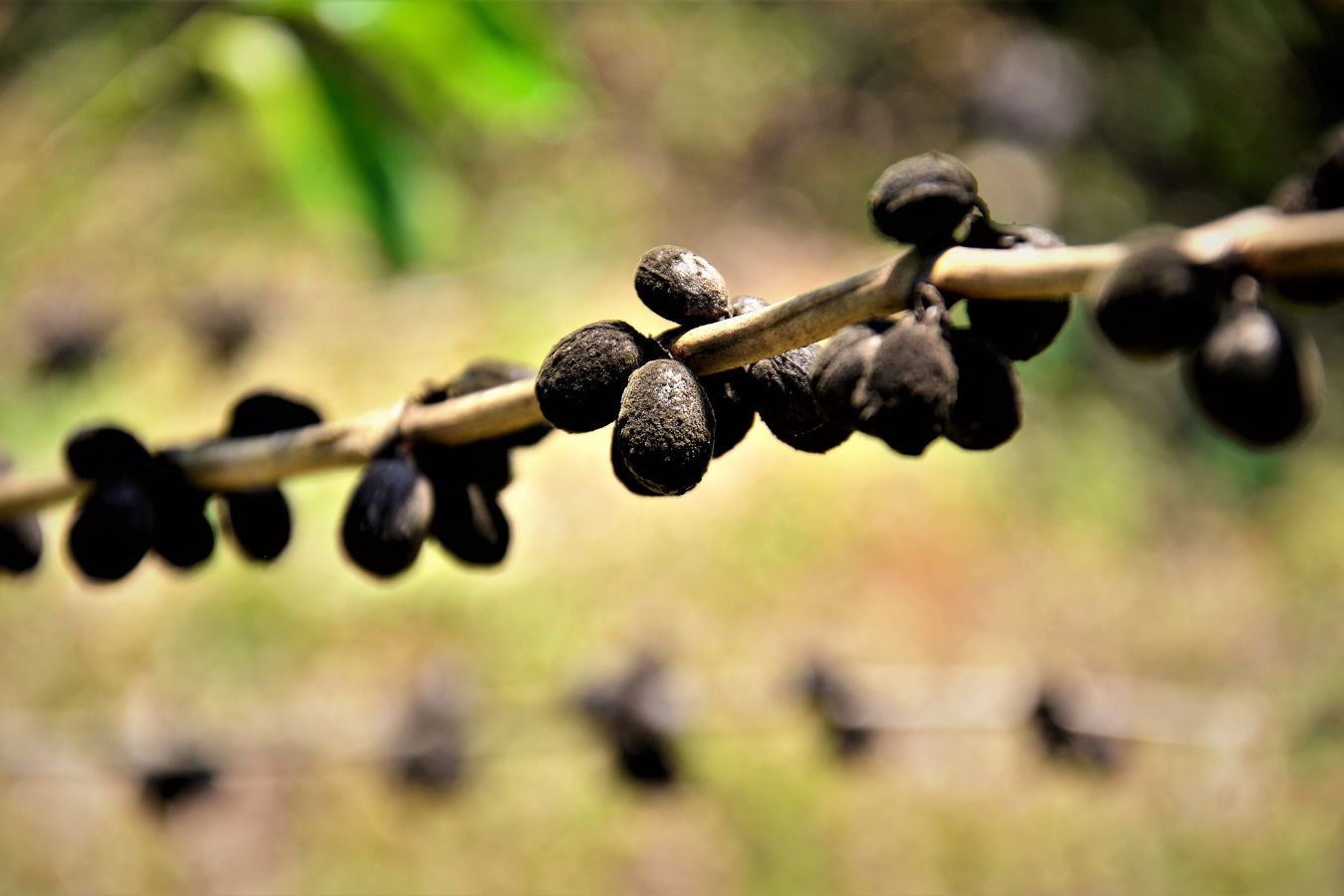 Around 1930, the disease was discovered for the first time in Vietnam, but it did not do much damage. Consequently, the illness spread and caused more and more suffering due to the expanding area under coffee farming. Particularly in the Tay Nguyen province and northern midland provinces.

Many plant parts are destroyed

The disease can destroy various plant parts, although it primarily affects the fruit.

– On the fruit: The disease typically strikes hard when the fruit is mature, close to the fruit stalk, or where the two fruits touch (places prone to stagnant water). The disease begins as a small, black, spherical, slightly concave area that quickly spreads throughout the fruit’s skin and becomes deeply embedded, causing the fruit to rot, become black, and drop early.

– On the branch: At first, the disease appears as a few little brown spots slightly dented down in the middle of the burners before extending along the entire burn length. When the illness is severe, it can injure both large branches and stems.

The disease causes the leaves to fall and the additions to dry up and die. It frequently attacks little units that are converting to wood.

– On the leaves: The stain begins as spherical, black-brown dots that gradually expand and have concentric rings. If the wounds are serious, they connect to form dry patches that are dark brown or dark brown.

Applying a mix of the following key strategies is essential to reduce the disease’s harmful effects:

Avoid growing coffee too densely; routinely prune pest-infested branches, as these branches cannot bear fruit. You should also prune shade trees during the rainy season to keep the coffee garden constantly dry and airy, preventing the emergence, development, and harm of fungus-related diseases.

– Proper fertilization is required, along with a balance of potassium, phosphorus, and protein.

– In addition to the methods mentioned above, using chemical medications to prevent disease is a very significant and occasionally crucial measure.

Fungicide Carbenzim 500FL has the capacity for reflection. Tobacco possesses qualities that the plant readily absorbs through the leaves. But it also spreads and adheres well, limiting the washing caused by rains.

To safeguard the fruit and the young plant parts after entering the plant, follow the circuit that directs the medicine to ascend to the top of the tree. The drug has both a preventive impact and a highly effective therapeutic effect. Because it has the effect of reducing spore formation. While also has the effect of inhibiting the growth of mycelium inside the plant.

Relatives can combine 15ml of medicine with an 8-litre jar of 30ml with a 16-litre jug. When using the drug in big doses, connect 400ml in a 200-litre drum or 2 litres in a 1,000-liter tank. Spraying the foliage evenly is complete.

Family members can use carbendazim 500FL and diplomate 80WP to prevent the disease in a highly effective, sustained manner that limits the resistance of pathogenic fungus.

According to Helena Coffee.