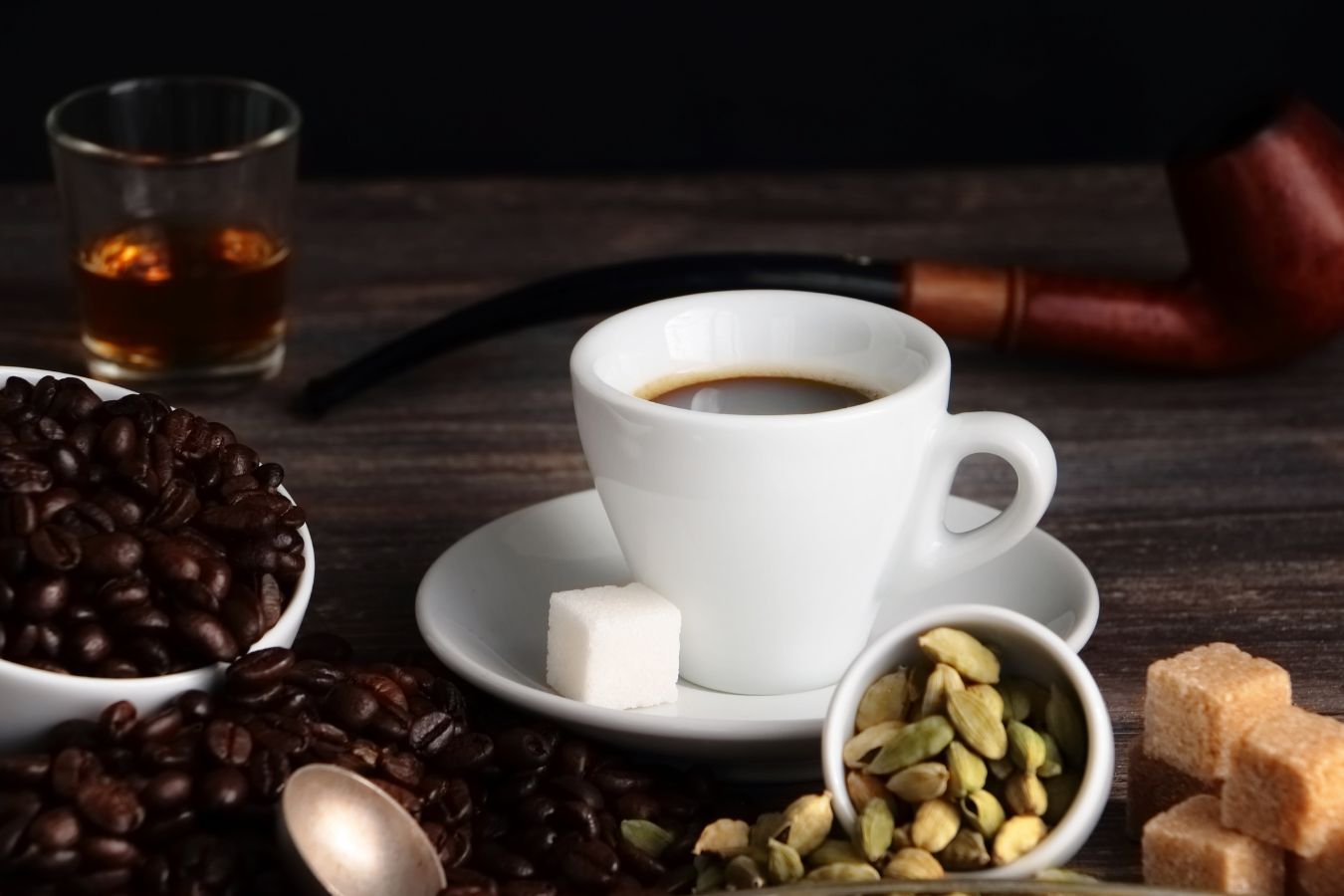 One coffee bean contains a lot of sugar. Sugars provide the energy needed for seeds to grow, and so there is a race between the source that wants to grow into a plant and the producers who wish the sugars to be absorbed into the nucleus. To roast tastes sweet and tastier. As a coffee roaster and consumer, you don’t want the seeds to grow into seedlings but to be made into a delicious drink.

The main form of sugar in coffee beans is sucrose which accounts for 5-9% of the bean weight and more than 90% of the total sugar. The amount of sucrose found did not change with the processing method and instead depended on how the coffee was grown.

However, naturally processed green coffee beans contain more fructose and glucose than wet-processed, so they have slightly more sugar overall.

There are also extra sugars in coffee beans such as galactose and mannose – these sugars are created when stored carbohydrate components are broken down to form. However, mannose and galactose were only present in trace amounts and were not included in this study.

If the sugar from the flesh can pass through the husk and into the seed of the dried fruit, why doesn’t this happen as soon as the fruit is ripe on the tree? And since the sugar itself is mainly destroyed during the roasting process, where does that enhanced sweetness come from?

Why Does Wet-processed Coffee Have Less Sugar?

Soaking is a step in the wet processing process. Coffee beans are submerged in water for a while, so early studies suggested that the water dissolved the sugar. However, similar changes occurred for machine-hulled coffee dried on a drying rack, so water cannot be the culprit.

Instead, the researchers discovered that the beans were starting to sprout. This process consumes the sugar stored in the bean and uses simple sugars before affecting the sucrose.

Coffee beans are always ready to germinate. The first – albeit very small – germination signals appeared in fresh, untreated coffee cherries about 36 hours after harvest. This is one of the reasons why preserving coffee beans in a seed bank is so tricky; instead, coffee varieties must be kept in the International Coffee Collection.

Therefore, it is enough for a ripe coffee berry to be detached from the parent plant to activate the transcription of genes responsible for germination.

Although just picking the coffee berries off the tree is enough to trigger the seed germination mechanism. But oxygen does play a role in this, and studies have shown that the pulp and silver skin protects the nucleus from oxidation.

However, immediately after removing the pulp during fermentation triggers the breakdown of seed storage proteins that release free amino acids for germination. With natural biologically active ingredients, the pulp will inhibit germination until the coffee cherries are dried, at which point the metabolism of the beans is completely stopped. This helps preserve the sugar content in the beans.

Why Do Only Wet-processed Coffee Beans Germinate?

During the fermentation of wet processing, the oxygen concentration in the pickling tank decreases rapidly due to microbial activity. Most of us know that plant tissues can switch from respiration to alcoholic or lactic fermentation under anoxic conditions.

In contrast, dry-processed coffee remains in a well-ventilated environment during processing. Compared to respiration (when drying), fermentation consumes more energy.

Therefore, the researchers concluded that the reduction in glucose and fructose levels in wet-processed coffee beans resulted from enhanced sugar turnover during anaerobic fermentation of the coffee bean.

Why Does Dry Processing Accentuate Sweetness And Fruity Aromas?

While it can be clearly stated that little – or almost no, of the sugars enter the grain during processing, some compounds – appear to be absorbed into the grain. These are not aromas from the coffee tree itself but somewhat volatile compounds, predominantly esters, produced by bacteria as the berries ferment.

Unlike most volatile compounds found in green coffee before processing, these compounds persist after roasting and can contribute to the fruity aroma of coffee.

These esters, such as ethyl butyrate, also contribute to sweetness perception. While the sugars themselves are mostly destroyed during roasting, they are also essential precursors of many of the aroma molecules produced during caramelization, such as furan, and give dry-processed coffee its rich flavor. Looks sweeter.

In addition to amino acids, soluble carbohydrate components are also strongly influenced by metabolic processes occurring during wet or dry processing. These metabolic changes are likely the basis for the sensory differences between wet-processed and dry-processed coffee. However, this is a highly complex topic, and much solid evidence for this connection is needed.

What are Anaerobic and Aerobic Fermentation In Coffee Processing?