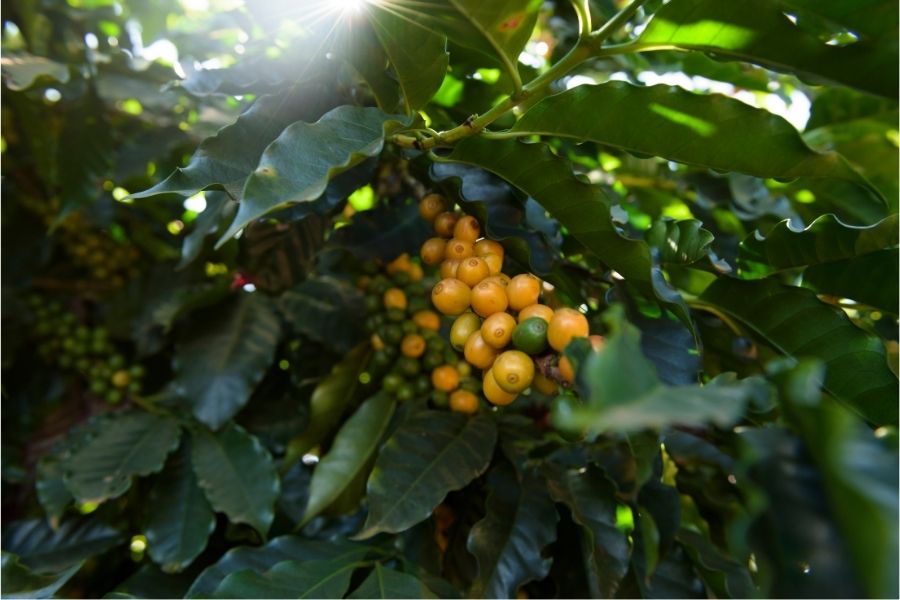 The essential aspect of the roasting process is the preheat threshold, which is combined with the starting gas level (gas level). Determining the proper input temperature threshold may decide up to 70% of the roast’s performance.

Arabica kernels have a more authoritarian particle structure than Robusta and Excelsa kernels; hence when roasting Arabica, the Input Temp (Charge) must be set higher than when burning Robust Excelsa.

Seeds from the same species planted at higher altitudes have a more authoritarian seed structure and need more heat. Because the hollower particle shape retains more gas and so requires to release of more gas, the softer the particle, the slower it roasts (so the explosive point is usually at higher temperatures).

+) input heat threshold: When the same kind of grain is processed using the dry processing method (Natural) and honey processing, the input heat is lower than when using the wet processing method (since the silk crust is usually closely attached to the nucleus, and the amount of sugar left in the middle is higher, if the input heat level is high, it will be easy to burn the outer silk crust and quickly destroy the sugar causing the fire of the particle surface without absorbing heat – easy to generate the phenomenon of burning – in the living).

+) The first gas level threshold: the same nuts, honey-processed seeds, the most significant percentage of sugar, wet-processed nuts, and the highest acidity rate. Compared to the other preparatory techniques, honey-prepared sources are given a lower initial gas grade threshold than wild seeds and are properly cleaned to prevent radioactive surface sugar burns.

Past crop seeds have been kept for an extended period, causing the acid to decrease (increasing the sensation of sweetness) and the particle structure to loosen owing to the particle’s self-respiration and heat exchange process – > a lower input heat supply threshold.

Current crop: The cell structure has remained consistent with the surrounding environment, resulting in a greater heat level than previous harvests.

Seeds in the new crop: having just finished the post-harvest processing procedure, there is no “rest” period for the cell structure to consolidate (frequently prone to grassland = weed). Thus it must give lower input heat than current crop seeds.

Coffee moisture: balanced humidity (12%): only bound water is present at this humidity, not free water.

According to the SCAA standard, the recommended humidity for kernel coffee beans is between 10 and 12 percent since this will reduce contact with the environment. Free water quickly makes the respiration particle (due to the impact with environmental humidity and oxygen, the release of CO2 and H2O), automatically increases the moisture of the particle, acts again into the nucleus, disrupts the chlorophyll bond, and causes discoloration outside of this threshold.