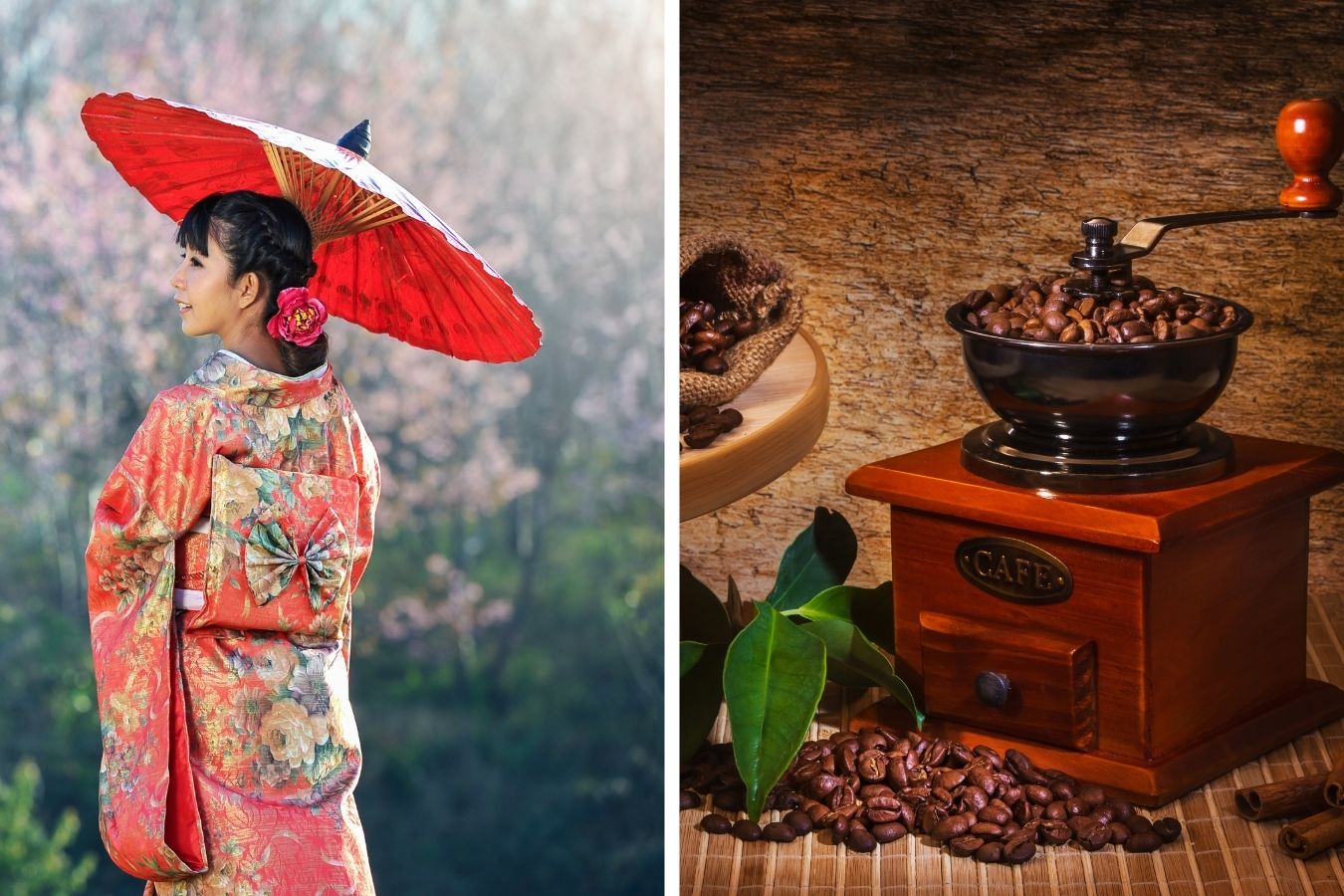 Of all these, perhaps the most characteristic and famous is the tea ceremony (cha no yu) as an art and cultural ritual in both communication and retreat to the most idyllic state of peace. The tea ceremony was introduced by Zen masters from China during the Tang Dynasty and peaked in the 19th century before Japan opened its doors to Western civilization at the urging of US Admiral Perry in 1853.

However, Japan, with its foundation as an isolated island civilization in the easternmost part of Asia, is full of extremes and paradoxes. The genius of this country is not only in creation but in absorbing, importing, transforming, and making those things into perfection, beauty, and sophistication. In the past, the civilizations of Southeast Asia, China, and India, from the middle of the 19th century up to now, it was Western civilization.

All of this we can see through the epitome of coffee culture in Japan. Japan first knew about coffee in the 19th century when Dutch merchant ships were brought right in from Java. Yet so imbued with the culture of drinking pulverized green tea in the frugality of Zen Buddhism, Japan remained indifferent to this strange black drink.

Coffey only broke out in the 1960s. After losing World War 2 in 1945, Japan applied the austerian ty policy to help the whole people to recover from the ashes and the occupation of the United States under the command of the general. MacArthur. The import of ground coffee was stopped until 1949 when it was abolished. From there the coffee just spread in a drip way. From about 1960, the Existentialist movement and the Parisian style of cafes and artists became fashionable among urban youth, especially students.

By 1965, Japan was the first country in the world to launch kan Kofi (canned coffee) called Mira coffee ie canned coffee of UCC Ueshima e Company just four years later with a mass marketing campaign and nationwide success. By 1973 hot and cold drink vending machines were introduced to the market following the issuance of the 100 yen coin, and the publicity was really widespread. Before that, instant coffee was also a Japanese invention.

Siphon is a way of making coffee based on the principle of reverse osmosis, originating in Germany, first introduced to Kyoto in the 1950s, and transformed by the Japanese into wonderful art. Today, Hanafusa cafe in Kyoto still retains the style and equipment of making siphons from that time. Recently, this type of concoction has gained popularity again as an effective way of branding and visualizing the typical Japanese concoction.

Among the three countries that consume the most coffee in the world (USA, Germany, Japan), the Japanese taste is “heaviest”, usually up to 13 gr/cup of regular espresso. In each region, the taste is also different, Osaka people drink the heaviest, then Kyoto, and Tokyo. Tokyoites like to drink American-style coffee, lighter, only about 9-10 gr/cup. Fresh espresso and coffee from the beginning of the 21st century started again when Japan woke up from the financial recession and saw the need to change both culture and lifestyle for freedom, happiness, and creativity.

A foreign visitor might be surprised to learn that Japan is one of the largest coffee drinkers in the world. And as you stroll through the streets of Tokyo for a few minutes, you’ll quickly see even more interesting things.

The coffee shops line up endlessly. From famous names in the industry advertised by hanging at bus and tram stations, to brands with bold Japanese names carried by poor workers and stored in old filter bottles.

You can also see the silhouette of coffee in the signs hanging in high-rise buildings or cans and bottles by the roadside. Coffee vending machines are ubiquitous with ready-to-drink coffees. And in-house coffee storage is available all over the country.

Products of coffee suppliers have been present in all regions and regions of Japan. Perhaps the first surprise is that the trade-in for this bitter drink has grown faster than the traditional beverage that Japanese people drink in their spare time, green tea.

Despite its popularity, coffee is associated with foreigners who come and work in Japan. Like many other imported products. Café came to Japan hundreds of years ago, but the coffee market only really blossomed and resonated since the early 1970s, with the birth of one of the first Japanese retail chains, Doctor.

At the same time, many European countries and the Arab world had an official coffee culture hundreds of years ago. We all know, that the birth of coffee contains many mysterious and thrilling details, there are many different stories about the discovery of coffee. But one thing is for sure, coffee originated in Ethiopia. Then spread to Arab countries, and Europe through trade.

When coffee was popular in Japan, it was also the time when the Japanese economy had miraculous development steps. It is also not surprising that Japanese coffee shops often serve the business class in their meeting rooms.

What you can hardly find in coffee shops is people talking about hot news stories, or about religion, politics, and creative ideas, or people drinking coffee. just played chess, and played dominoes. This is very common in Western and Arabic cafes, of course, in Vietnam as well.

These Japanese cafes are equipped with decent tables and chairs to facilitate intimate conversations and chats for hundreds of years.

Like many other things in Japan, the coffee culture here changes rapidly, as entrepreneurs are suggested to warm up their coffee and mix different types of coffee, these elements are also accepted and harmonized with the culture. receipt of copies. Coffee that was open every day and on weekends for friends to meet each other began to become popular.