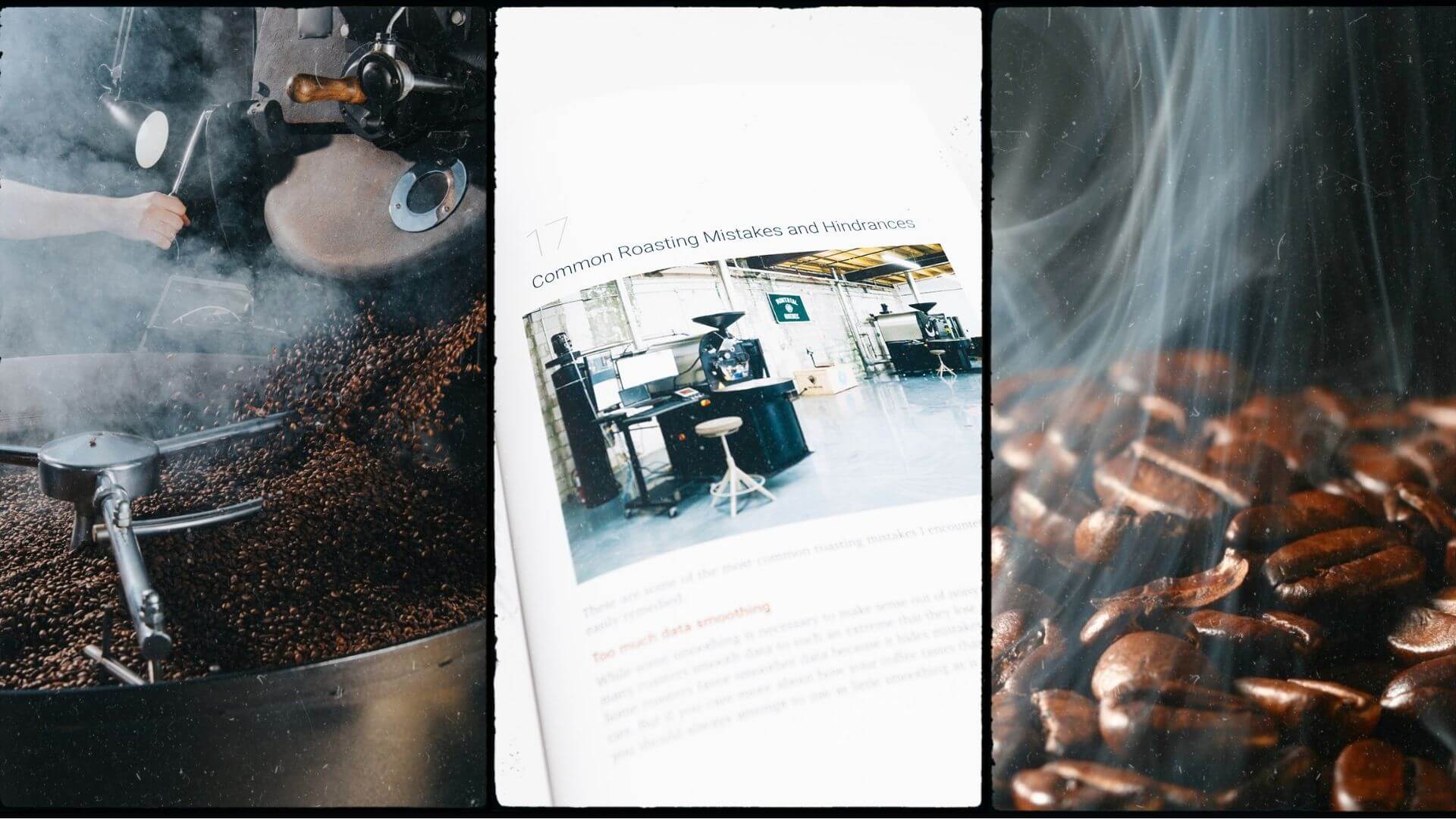 Roasting Coffee Best Practices – Scott Rao: To make a strong and round cup of coffee, coffee roasting demands a lot of talent and imagination from the performer. Many people feel that purchasing the most excellent coffee machine or purchasing an expensive coffee roaster would guarantee the quality of the coffee after it has been roasted or prepared.

However, the cost of a coffee roaster, whether it is expensive or inexpensive, is not an important consideration. The coffee roaster’s experience and technique are the deciding factors.

Although Ethiopians have been roasting coffee for hundreds of years, there is no historical, scientific documentation of the technique. As a result, most roasters pick up this technique from seasoned professionals.

On the other hand, young roasters frequently learn by trial and error, roasting and tasting numerous different batches of coffee before writing their own coffee roasting best practices book, such as Scott Rao’s.

We will not review Scott Rao’s book in this article, but we will highlight some of the fundamentals of coffee roasting. “Coffee Roasting: Best Practices,” on the other hand, is an excellent book covering everything from green coffee bean selection to roasting and preserving coffee.

Therefore, if you have a chance, you should read it to learn more about coffee or become a professional coffee roaster.

The Roasting Process in Segments

The drying stage is often referred to as the first step in the roasting process (although the beans continuously lose moisture during the roasting process). The breakdown of chlorophyll causes the color of the coffee beans to change from green to yellow at this stage.

The Maillard process causes the coffee beans to shift from yellow to light brown when they transition to the browning stage (flavor development). When the coffee beans approach the first crack near the conclusion of the roasting process, the brown color darkens due to the caramelization reaction taking place. If the metamorphosis step is not completed on time, the coffee will be completely destroyed.

After processing, raw coffee beans contain 8 to 12 percent of moisture level. Before we start generating new flavors, we need to dry them. A classic drum roaster’s drying process typically lasts 4 to 8 minutes. The temperature at the end of the drying process is generally between 140 and 1600 degrees Celsius. It is critical to gather the heat required for the beans’ delicate taste development.

While the drying process proceeds, green coffee will turn yellow or light brown, which some texts refer to as the “browning phase.” From this point on, the natural sugars in the seeds will undergo a chemical reaction with the production of water vapor, causing the roots to expand and emit a pleasant perfume.

The Maillard reaction, which accelerates when the grain temperature reaches roughly 121°C – 149°C, is primarily responsible for the changes in color and aroma.

Caramelization begins around 171°C, depleting the natural sugars and slowing the Maillard processes. The caramelization process alters the color of the nut and gives it a fruity, roasted, or nutty flavor.

Both the Maillard and caramelization reactions lower the sweetness of the coffee’s already low sugars, increasing the bitterness substantially. Physically, the beans’ swelling and the high-temperature aid in removing the silver skin. At the same time, because the roasting process until this point produces a lot of smoke, the operator must ensure that the airflow is sufficient to remove all of the dust and smoke.

Many roasters refer to the time between the first crack and the coffee being ejected from the machine as development time. It is a false term that, by segmenting the roasting process into phases 1, 2 and finish, effectively simplifies the process and encompasses flavor alteration quickly.

According to Scott Rao, most roasters control the development time separately from the rest of the roasting process. Still, this strategy often results in the coffee not achieving full taste formation. Because of its delicate flavor, it must be proportional to the entire roasting process.

In other words, the first crack will occur between 75 and 80 percent of the way through the roasting process and will vary slightly based on the desired roast level.

“ These days I still prefer a 20%—25% DTR for most roast levels between the end of the first crack and the beginning of the second crack“- Scott Rao.

The roasting degree is both a term and a notion, but it is also the most significant aspect of the roasting process. Many of the “original flavors” obtained from species features, processing methods, altitude, soil, and environment can be found in lightly roasted coffee.

The bean’s original flavor is eclipsed by the flavor produced by the heat as the roast gets darker, and as it gets darker, the “roast flavor” prevails to the point where it’s difficult to tell where the roast came from many types of coffee.

Roasters are generally free to choose how much roasting their coffee requires (based on a spectral scale) and even give roast grades their names, such as Counter Culture Coffee, which calls roast grades by their terms. Apollo, Big Trouble, and Forty-Six are their grades. Blonde roast, Full city, Italian roast, and French roast are available from Stark Buck.

As confusing as it may appear, these are all various names for light, medium, and dark roasts… or separation between them to a lesser extent. Although most experts judge roast levels based on grain color, the exact titles of these specific grades are unknown. Scott Rao says there is no consistent system for naming roasting degrees.

“It is estimated that just over 30% of a coffee bean’s weight is soluble in hot water” according to Scott Rao.

Meanwhile, the optimal extraction rate is around 19% – 22%, which is equivalent to roughly 55 percent – 60 percent of total soluble matter in coffee (because we limit the dissolving of undesirable flavors in coffee cups), plus a small number of lipids and broken cellulose fragments (also known as fines). All of these solutes and the pleasant scent are the result of one of the following transformations.

The “coffee fragrance” is generated a few minutes after the roasting process begins – the rapid increase in volatile aromatic compounds happens when the moisture level of the coffee drops below 5%. The production of aromatic molecules is aided by the Caramelization and Maillard reactions and the degradation and metabolism of amino acids, sugars, phenolic acids, andlipids.

At room temperature, compounds are stable. While some chemicals originate and change during roasting, others remain constant. The majority of nonvolatile chemicals contribute to coffee’s flavor. Non-substances include caffeine, which is responsible for some bitterness, sugar for sweetness, lipids for bodily sensations, acids, and the melanoidin chemicals generated in the Maillard process of evaporation.

How To Roast Coffee At Home