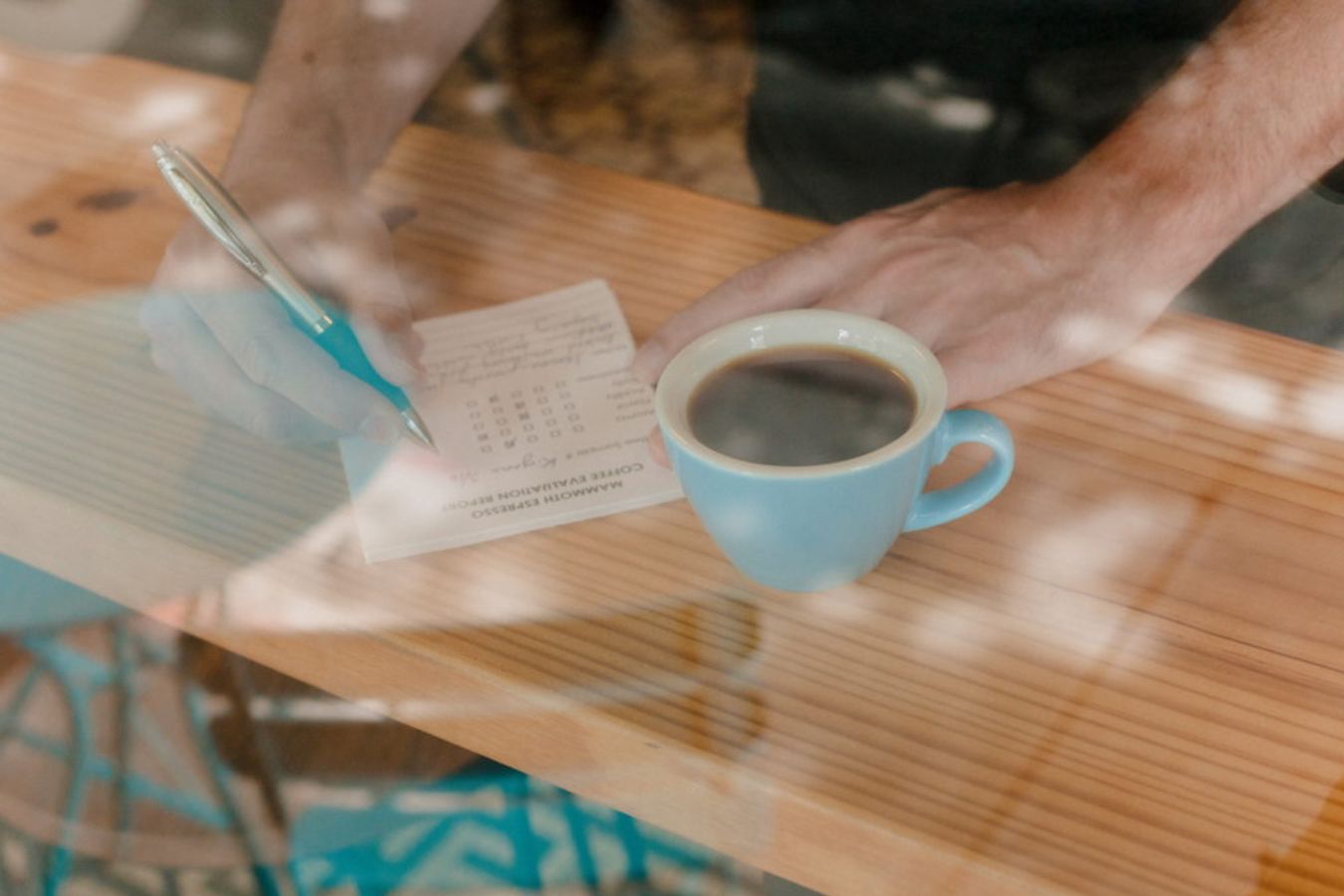 Sensory Science Of Coffee Aroma – Coffee Sensory. Aroma is one of the two most significant characteristics to consider when evaluating coffee in general and specialty coffee in particular, along with flavor. “Scent” is the hidden factor that leads us into the sensory world of coffee before it begins to define a variety of attributes such as strength, fullness, aftertaste, balance level, acidity, and so on.

The aroma science of coffee

Two systems are involved in the perception of coffee fragrance. First, we detect the scent by inhaling the direct aroma of coffee through our noses. Second, because the ear, nose, and throat are all related, the smell is also dispersed into the nasal cavity’s receptors when you drink coffee.

That is why, when cupping, we must consider both “dry aroma” (scent of dry coffee) and “wet aroma” (scent of wet aroma when coffee is prepared) to score Aroma qualities. Boil the oyster and “swallow” it in your mouth.

How many different scents can you find in coffee?

Flament, Toci, and Boldrin’s research demonstrate that more than 1,000 volatile chemicals have been found in roasted coffee to date. They are split into numerous groups, including furans (150), pyrazines (100), phenols and ketones (90), pyrroles (80), hydrocarbons (76), carboxylic acids (60), esters (55), alcohols (50), and aldehydes (50). (45). The fragrance is not connected with all of the approximately 1,000 volatile chemicals. Only around 5% of these chemicals, or about 50 odor compounds in coffee, can be responsible for the scent of the beverage.

The perception of a coffee scent, on the other hand, is influenced by both the compound’s concentration and its odor threshold. As a result, learning the names of 1,000 scent compounds is a lot easier than learning how these scents mix with the sense of smell to produce “the smell of coffee.”

The primary components that make up the “coffee fragrance.”

The presence of volatile chemicals in the final brew, on the other hand, is determined by the chemical components of the coffee beans, the roasting process, and the extraction method. The four primary components with a high impact on the aroma of the coffee, according to López-Galilea (and colleagues), are pyrazines, furans, aldehydes, and ketones:

The principal volatile chemical found in coffee is furfural (a member of the furan family). Furfural is a sweet, bread-like, and caramel-like flavor that results from the heat decomposition of glucose. Furans have a malty and sweet roasted scent compared to other volatile coffee groups with a comparatively high odor threshold*.
Pyrazine has the second-highest concentration of volatile chemicals in coffee. Pyrazine is the basis of the coffee’s flavor and is abundant in roasted coffee with a low odor threshold. Pyrazine has been described as having a nutty, earthy, roasted seed flavor, among other things.

Phenol radicals such as guaiacol and vinyl guaiacol may be responsible for the smokey, spicy (burnt) odor in roasted coffee, based on their high odor activity value and odor quality. However, one of the main phenols, Furanones, is produced in coffee due to the Maillard reaction during the roasting process. Furanones have a sweet caramel aroma and are one of the cold brew’s most essential organoleptic characteristics.
Finally, ketones are one of the three most abundant chemical groups in coffee, with aromas that include buttery, caramel-like, musty, mushroom-like, and fruity.

So far, we’ve agreed on the variety of scent components found in coffee, but what gives these aromas their distinctive characteristics? Why can’t we smell it while the fruit is new if it’s because of each coffee variety’s quality and bean availability?

The chemical processes that give coffee its aroma

We assume there must be an impact that has disclosed the fragrances from the fresh coffee beans, and it is not far away: the roasting process – a moment when complicated reactions have transpired. These processes break down the organic components in the particles into smaller odor molecules and are split into seven groups:

Finally, the combination of chemicals created due to the preceding processes is essential in the diversity of coffee flavors after roasting.

Even if you spent more time as a cupper learning about the intricacies of coffee odors, you probably wouldn’t be able to name the chemical ingredients listed above. Instead, we can divide coffee’s “fragrance” into three major sensory groups: enzymatic, sugar browning, and dry distillation.

You won’t find these taste nouns on the coffee flavor circle since we can’t smell “sweet,” “salty,” or “sour,” but we can taste them. You can see how coffee smells like raisins, chocolate, oranges, lemons, or anything else through your scent memories. To truly understand the following principles through smell, you must practice as much as possible.

Because the coffee we roast, ground, and the brew is the seed of a fruit, it’s only natural that the source keeps some of the fruity attributes of the vegetable origin, even when burned. Its. Enzymatic characteristics refer to the natural fruity and herbal scents we detect in coffee.

Some coffees have more noticeable enzyme properties than others, which can be traced back to species features, processing methods, roast degree, and brew ratio. According to analysts, many Latin American coffees have sweet fruity fragrances, while coffees from East Africa, such as Ethiopia, Tanzania, or Kenya, have a dominant “sour” aroma. Natural acids were used to make it.

The Maillard and Caramel processes are two “super classic” roasting reactions caused by the range of carbohydrate components and nitrogenous substances found in coffee beans. Sugar Browning’s distinctive odor comes from a variety of product combinations coming from interactions between “sugars” and amino acids, as well as sugar autolysis. The aroma of the coffee beans produced by this procedure will be similar to toast, chocolate, barley, malt, or simply “burnt sugar.”

Returning to the structure of the coffee fruit, note that cellulose (also known as fiber) makes up the majority of the seed cells’ system. Much of this “woody substance” is likewise burned and changed into more minor odor compounds during the roasting process. The breakdown products aren’t delightful because we can’t digest cellulose; this group’s aroma is peppery, spicy, smokey, and woody. However, instead of instantly associating the smell with “burnt” or anything, try associating it with more pleasant experiences like the aroma of resin, cloves, black pepper, and so on.

Finally, gaining a better grasp of coffee scents will help you expand your coffee-tasting horizons. And, because everyone’s threshold for taste and smell is different, don’t become too tied to the flavor descriptions stated on a piece of paper. You learn about coffee in a more engaging and relevant way.