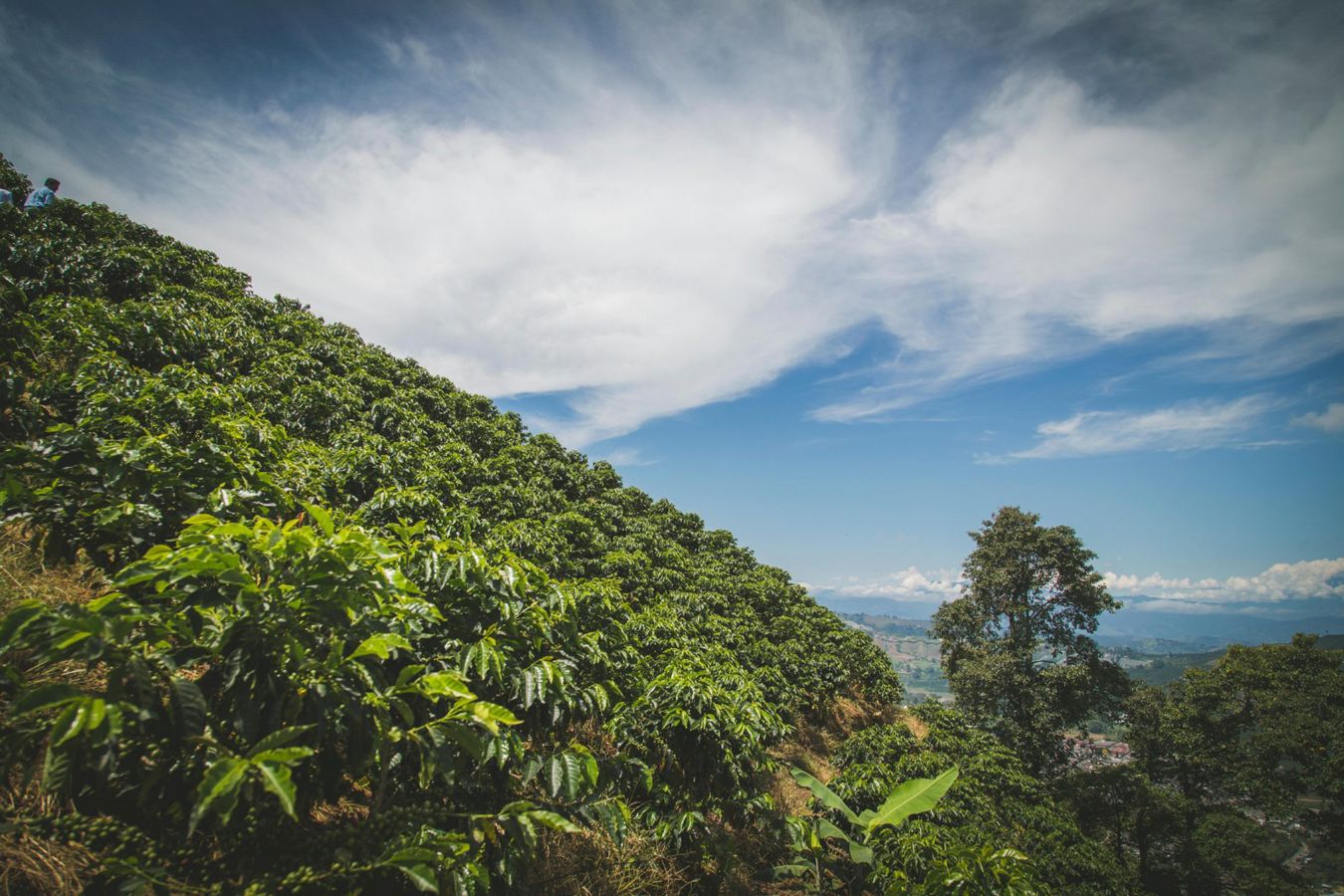 With the focus on the Son La Arabica coffee area, Tay Bac Coffee is considered by experts as Sao Paulo of Brazil. Still, northwest Arabica coffee does not stand out in the Vietnamese coffee industry. But when considering natural factors, the Northwest has excellent potential in cultivating high-quality Arabica coffee plants; we have a basis to believe in a”Specialty Coffee made in Tay Bac – Viet Nam.” This article will refer to the coffee in Tay Bac.

It is one of the three Arabica growing regions on the “S”-shaped plot of land. Northwest Vietnam is a region with complex, divided terrain, including some medium mountains and high mountains surrounding large and small basins, including plateaus such as the Son La plateau and Moc Chau plateau. It sounds so complicated because our country has too complex a terrain!

So what makes it so complicated? The Hoang Lien Son Range runs as long as a wall dividing the Northwest into two climatic zones: east Of Lien Son and West of Hoang Lien Son. Dien Bien, Lai Chau, Son La are the provinces of Tay Hoang Lien Son.

It is a low mountainous region with an altitude of 500 to 1500m hidden behind the mountain range that has formed a distinct climate zone that can grow coffee Arabica. Arabica’s growing area must be mentioned in 2 provinces Dien Bien & Son La. To be more careful as follows:

Dien Bien is a low mountainous region; the climate has two seasons, cold and dry winters are the opposite of hot and rainy summers. Dien Bien has a closed terrain, so the winter is less complicated; every year, there are only a few days with a temperature of less than 15oC. However, here winter is also likely to appear salt mist but less severe as in Chau Mai Son, Son La.

Although the coffee-growing land here does not have the ideal height, only about 400-500m, it can still grow Arabica coffee. The product also gives good quality because it is at a reasonably high latitude near the north of the tropics.

A coffee area cultivated for more than ten years is the Muong Ang area, Tuan Giao. Since January 1961, experts have been led by GS. Dr. Hans Pagel of Humbolt University of Germany and Doan Trieu Nhan, Ministry of Agriculture of Vietnam, surveyed the land and noted the possibility of developing Arabica coffee in the Taoist region.

In May 2005, experts from the Center for Agricultural Extension and Trade Promotion of the Vietnam Cocoa Coffee Association and the Thai Hoa Group surveyed the Muong Ang region.

However, to represent the title of Northwest Arabica coffee, we need an original coffee with the identity of the Northwest, with rarer qualities, more distinctive, and bolder!

Son La, with a mountainous system that surrounds the basins plateaus, Arabica coffee is grown on the slopes of the foothills of the low mountains or the hilltops with an altitude of about 600m above sea level. Although the height of the coffee areas here is not ideal, Son La coffee is between 21 and 22 north latitudes, so son La coffee area is located symmetrically equatorial with Minas Gerais region, Sao Paulo of Brazil (19-24 degrees south latitude).

As a coffee expert, René Coste wrote in his book Coffee – crops and products are “the combination of sea-level elevation and elevation that gives us an indispensable antidote to the adverse factors.” And we can see the Son La coffee region, Dien Bien, has a similar location to the Sao Paulo coffee region of Brazil in the American coffee continent.

There are three central Arabica coffee regions of the province according to the number of statistics in 2009: Son La city (1515ha), Mai Son district (1489ha), and Thuan Chau district (385ha). The above statistics have changed a lot; however, most notably, Chieu Ban commune in Mai Son district with a strong coffee cultivation expansion movement.

Chieu Ban coffee on the rise

Chieu Ban is a mountainous community in Mai Son district, Son La province. Most of the residents here have a precarious life, so the cultivation of Arabica coffee has brought a better income for the people.

Of the total 1,564 hectares of arable land, 1,200 hectares are for coffee. The profit from coffee is more than 100 billion. Thanks to the coffee tree, the life of everyone here has improved significantly compared to the last time.

The chairman of the People’s Committee of Chieu Ban affirmed that coffee trees would be this place’s most strategic and vital crop. The province will not focus on expanding the land area to grow coffee but on technical equipment to improve the quality of products, turning Chieu Ban coffee into an internationally renowned brand.

Some other coffee areas in the north

In addition to the two provinces of Dien Bien, Son La mentioned above also has many areas with conditions suitable to the ecological requirements of the Arabica coffee plant we can exploit.

South of Hai Van Pass, in some provinces on the south-central coast, there are also a few Arabica coffee-growing areas but sporadic with the bit of space such as Vinh Thanh – Binh Dinh district has 278 hectares with an output of 250 tons. The Song Hinh district of Phu Yen province has 1185 hectares of production of 1579 tons.

The Khanh Son district of Khanh Hoa province has 280 hectares of the output of 429 tons. The weakest point of these coffee regions is that it is grown in places with high altitudes above low sea level, even some places just under 100m such as Phu Quy, Nghe An.

The end of the year

Compared to the three key farming areas, Son La – Northwest will have a lot of potential to cultivate high-quality Arabica coffee in our country. On the way south, we will encounter the nuances of the Central and Central Highlands Arabica coffee region’s specialized region in the series of articles on the traditional Arabica coffee region.