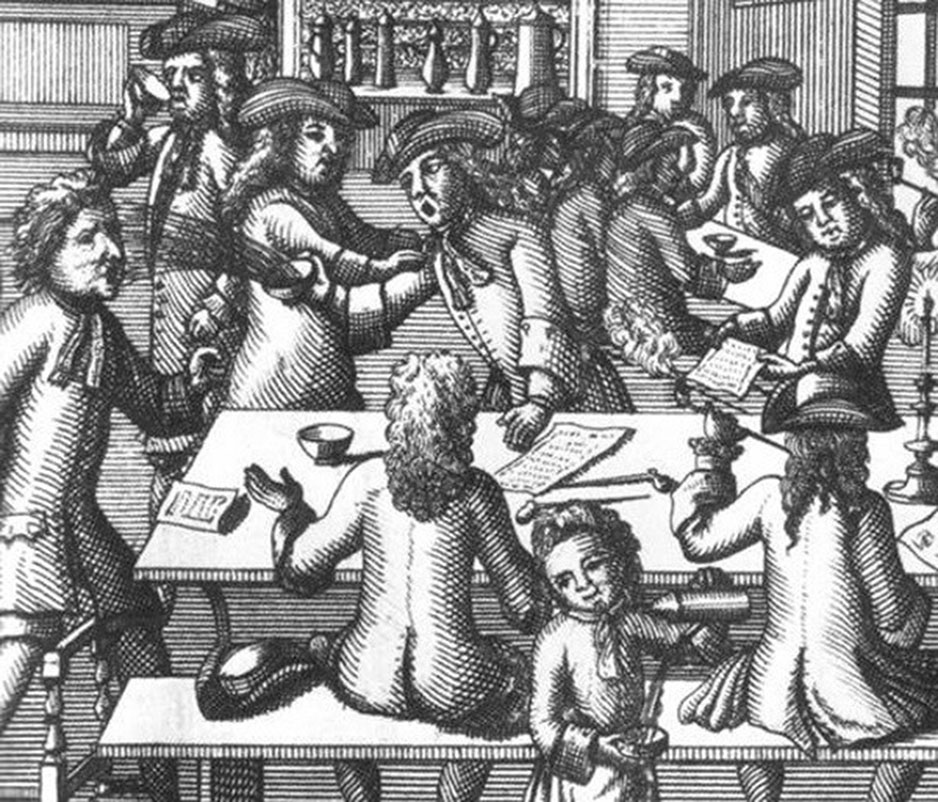 The Pioneering Phase Of Coffee: Uses, Meanings, And Structures: Appadurai argued that the key to understanding a commodity was to “follow the thing.” In the case of coffee, this entails returning to the first coffee consumption places in Arabica and gaining a better knowledge of how historical and geographical factors shaped consumption rituals during the pioneering period.

Coffee was first recorded in the mid-15th century when Suri mystics used it to help them stay awake during their all-night religious vigils (Hattox, 1985). This was an infusion made by heating water with the dried husks of coffee cherries that a Sufi mufti had seen being drunk by natives while traveling in Ethiopia and carried back across the Red Sea to the Arabian peninsula’s southern areas, which are now part of Yemen.

The Pioneering Phase: Uses Of Coffee

The Ethiopians termed it BuNo, while the Sufis dubbed it Qishr. Although Qishr’s original purpose was strictly utilitarian within the context of Sufi rites known as dhikers, it eventually acquired a societal role once mainstream religious authorities declared that the beverage was not intoxicating and hence permitted Muslims to imbibe.

Coffee shops sprang up all throughout Arabia, providing a secular public place where men could congregate and converse on an equal footing. Coffee was first grown in the Yemeni interior’s hilly mountains, and the beans were then shipped through Mocha or transported overland by camel caravan (Tuchsherer, 2003).

The drink had changed dramatically in both shape and function by the time it arrived in Constantinople, the Ottoman Empire’s Turkish capital, in the 1550s. Beans were used exclusively instead of husks, possibly because they were simpler to carry. Unlike the Arabian variety, which was still primarily an infusion made with lightly roasted beans and cardamom, Turkish coffee was made with blackened beans that were sweetened with sugar.

Coffee shops were popular because of their egalitarian practices of seating customers in order of arrival (rather than by rank) and allowing even the poorest clients to show their hospitality by purchasing a coffee for their friends, resulting in a set of social norms and consumption rituals.

They were also condemned for encouraging rebellion and transgression, particularly tobacco smoking, resulting to various Sultans seeking to shut them down, with one order that “anyone who starts a coffee shop shall be hanged up above its front entrance” (Sarac gil, 1996, p. 187).

The beverage entered Europe with these two purposes of psychoactive stimulation and social lubricant. Turkish traders introduced coffee to Venice in the 1570s, and it appears to have been made available as a therapeutic substance by apothecaries in the first part of the 17th century.

Using their guild status, the apothecaries maintained control over the commerce (such as it was) to the point that selling coffee as a household item, much alone serving it as a beverage to clients, was impossible.

The Pioneering Phase: Meanings Of Coffee

The first European coffee cafes did not develop until the 1650s, and even then, not on the continent, but in London. This difference is best described in the perspective of history. The monarchy had been deposed, the King had been executed, and much of conventional law and custom had been lost as a result of the English Civil War. The Parliamentary movement had its epic.

Its guild systems were significantly weaker, allowing Pasqua Rosee, an Armenian who grew up in the Ottoman Empire’s Smyrna, to start a company with Christopher Bowman, a resident of the city, selling coffee from a stand and then from a coffee house.

The trade grew swiftly, surviving the restoration of the monarchy in the 1660s and repeated attempts to shut it down, reaching a peak in the 1740s when the city had over 550 coffee establishments (Ellis, 2004).

What accounted for the beverage’s success? Certainly, the supposed medical benefits that drinking coffee conferred were highlighted in Rosee’s marketing pitch, with handbills explaining inter alia that.

it’s very good to help digestion. It quickens the Spirits and makes the Heart Lightsome. It is good against sore Eys. It suppresseth Fumes exceedingly and therefore good against the Head-ach, and will. prevent and help Consumption; and the Cough of the Lungs. It is excellent to prevent and cure Dropsy, Gout, and Scurvy.

The key quality claim, however, was the linkage made between the psychoactive qualities of coffee and the economic benefits it could confer:

It will prevent Drowsiness and make one fit for business if one has occasion to Watch. The Vertue of the Coffee Drink (c.1656?)

Europe had until this point relied principally upon weak alcoholic drinks for refreshment, due to the dangers of drinking untreated water; this was the revelation coffee was a beverage that not only maintained sobriety but actually invigorated the functioning of the brain.

Coffee houses soon became meeting places for traders who needed to keep their wits about them while they worked Lloyds famously began in a coffee house, as to all intents and purposes did the London Stock Exchange (Fig. 19.1).

The coffee house’s democratic nature was also a crucial part of its appeal, mirroring its Middle Eastern forefathers. Coffee houses served as meeting places for the virtuosi: gentlemen with intellectually curious dispositions who wished to learn about the latest advances and discoveries in fledgling fields of study such as biology, geography, and science.

Patrons were traditionally greeted with the cry of “what news?” upon entry. In a coffee shop, for example, Isaac Newton formed the Royal Society, Britain’s preeminent scientific institution (Cowan, 2005).

Coffee houses soon began to appear elsewhere in Europe, notably in the North Sea ports of the Low Countries and Hanseatic League such as Amsterdam, Bremen, and Hamburg. In Paris, too, the institution of the cafe´ began to emerge in the 1690s, following the success of the so-called lemonades guild in extending their remit to serve decoctions such as spirits and sherbets to seated customers to include coffee in the face of fierce opposition from grocers and apothecaries (Spary, 2012, pp. 103e106).

In contrast to the English coffee house, therefore, the French cafe´ was from the beginning a site in which both alcohol and coffee were served while the smoking of tobacco, the other new psychoactive product par excellence was also catered for (Perluss, 2015).

Coffee’s ability to provide a stimulating yet sober start to the day saw it replace weak beer as the breakfast drink of choice in many bourgeois European households during the 18th century, a breakthrough made possible by the expansion of coffee cultivation into Dutch territories in East Asia, particularly Java, and French colonies in the Caribbean, particularly Martinique and, above all, Saint Domingue (modern-day Haiti), which quickly became the leading source of coffee in the world.

The expert assessments generated by botanists, the majority of whom were related to the firms regulating supplies, formed the basis of a quality hierarchy into which these novel sources were placed. According to these writers, coffee from St. Domingue was as “common” as its market dominance suggested, and coffee from Martinique was regarded as the best coffee of the islands, but Mocha remained king, described in 1780 as “richest in volatile particles, the most agreeable to the senses of taste and smell, and the one which, generally speaking, has always been preferred up to now and probably always will be” (Spary, 2012, p. 88).

Unsurprisingly these became linked to a social perspective of how the coffee one drank exhibited “good taste” that corresponded closely to class distinctions. Jacques-Francois Demanchy, the French poet, wrote in 1775

It will always be a singular spectacle to see, on the one hand, a woman of high society, comfortably settled in her armchair, who consumes a succulent breakfast to which Mocca has added its perfume for a well-varnished tea table, in a . gilded porcelain cup, with well-refined sugar and good cream; and on the other, a vegetable seller soaking a bad penny loaf in a detestable Liquour, which she has been told is Cafe´ au lait, in a ghastly earthenware pot, far from being new, on a willow basket. Spray (2012, p. 91)

Note that both high and low-class consumers added to milk and sugar to their coffee, turning it from a drink into a calorific foodstuff. This encouraged its use by piece workers such as weavers in the Low Countries as not only could they consume coffee without stopping their work, it might actually increase their rate of production due to its stimulant properties.

Despite the fact that the worldwide coffee trade developed during the nineteenth century, with many additional origins entering the market, the majority of the effort in changing green beans into the final beverage was still left to the ultimate customer.

Even in the early twentieth century, it was not uncommon to find Europeans roasting their coffee for the next week on the sidewalk outside their homes, according to William Ukers, the renowned founding editor of the Tea and Coffee Trade Journal. This resulted in certain particular client preferences in Brittany, for example, peaberry coffee was preferred above all others because the spherical beans rolled about more easily in their pans, resulting in a more uniform roast (Ukers, 1935, p. 562).

Every good housewife in those days knew that green coffee changed its color in aging and that, of course, aged coffee was best. . The sweating frequently produced a musty flavor which, if not too pronounced, was highly prized by experts. Ukers (1935, p. 344)

Malabar coffee enjoyed the same reputation on the London market, to the point that after shipping times and storage practices improved, Indian producers developed the process of “monsoon” weathering the beans in open-sided buildings during the high humidity of the monsoon season to retain customer favor (Thorn and Segal, 2007, pp. 145e146).

Further information on the monsoon process can be found in Chapter 3. That these styles of coffee maintained their traction is testimony to the enduring power of consumer practices in shaping the market through shared social understandings of taste.

During the pioneering phase of coffee consumption, therefore, we can already discern the development of uses and structures surrounding coffee, that remain fundamental in influencing the way coffee is perceived and consumed today.