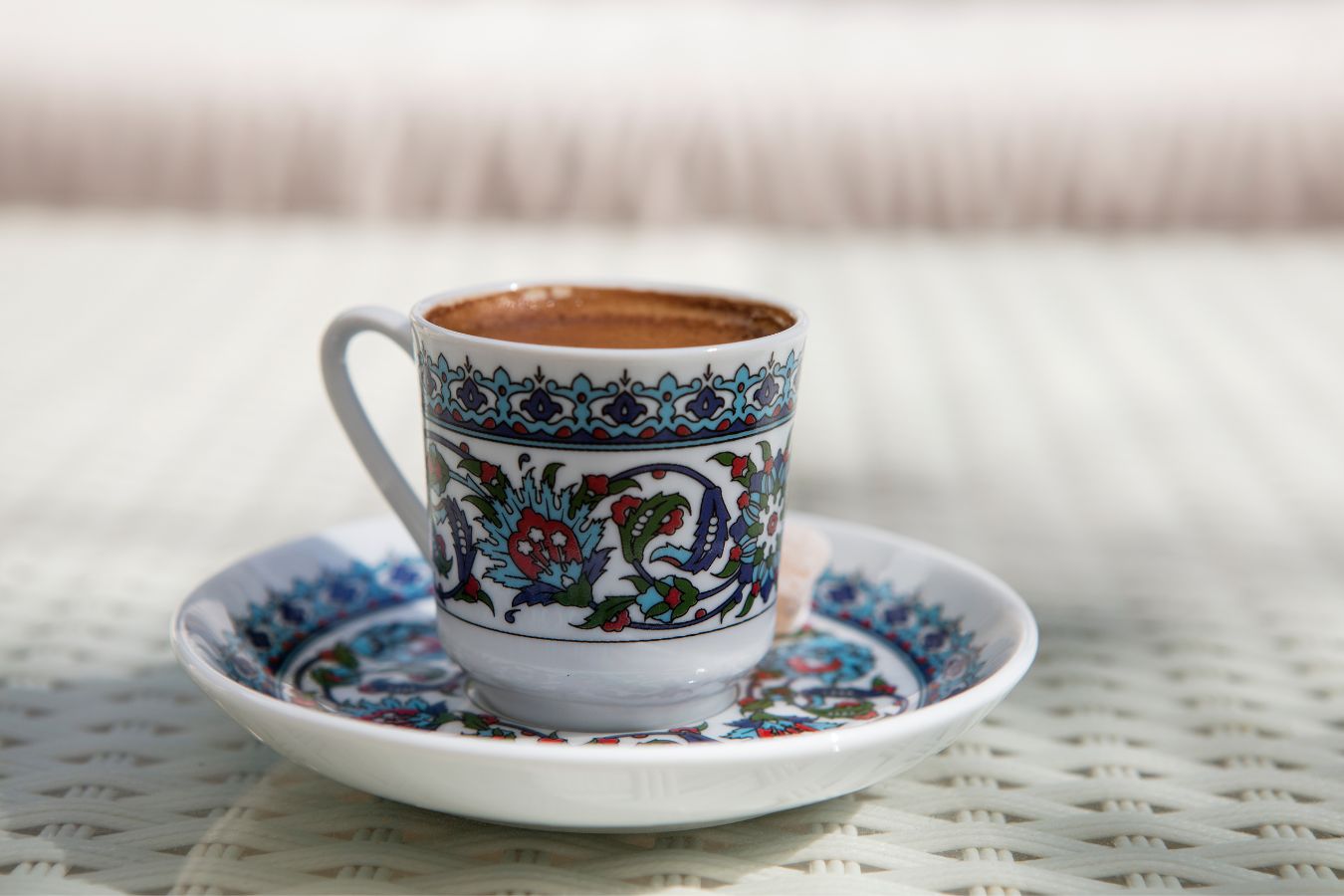 In the traditional Turkish brewing method, the beans are ground to a fine powder (coffee is ground finer than all other brewing techniques), and then boiled with water in an Ibrik (also known as cezve – a traditional TNK instrument, made of brass with a long handle). When boiling, the coffee is poured into a cup and used immediately without filtering.

Turkish coffee is very finely ground coffee brewed by boiling. Any coffee bean may be used; arabica varieties are considered best, but robusta or a blend is also used. The coffee grounds are left in the coffee when served. The coffee may be ground at home in a manual grinder made for the very fine grind, ground to order by coffee merchants in most parts of the world, or bought ready-ground from many shops.

Coffee and water, usually with added sugar, are brought to a boil in a special pot called cezve in Turkey and often called ibrik elsewhere. As soon as the mixture begins to froth, and before it boils over, it is taken off the heat; it may be briefly reheated twice more to increase the desired froth.

Sometimes about one-third of the coffee is distributed to individual cups; the remaining amount is returned to the fire and distributed to the cups as soon as it comes to a boil. The coffee is traditionally served in a small porcelain cup called a kahve fincanı ‘coffee cup’.

First appearing in the Ottoman Empire, under the strictest interpretations of the Quran strong coffee was considered a drug, and its consumption was forbidden. Due to the immense popularity of the beverage, the sultan eventually lifted this prohibition.

Turkish coffee culture had reached Britain and France by the mid to late 17th century. The first coffee house in Britain was opened by an Ottoman Jew in the mid-17th century. In the 1680s, the Turkish ambassador to France reportedly threw lavish parties for the city’s elite where African slaves served coffee to guests in porcelain finjans on gold or silver saucers.