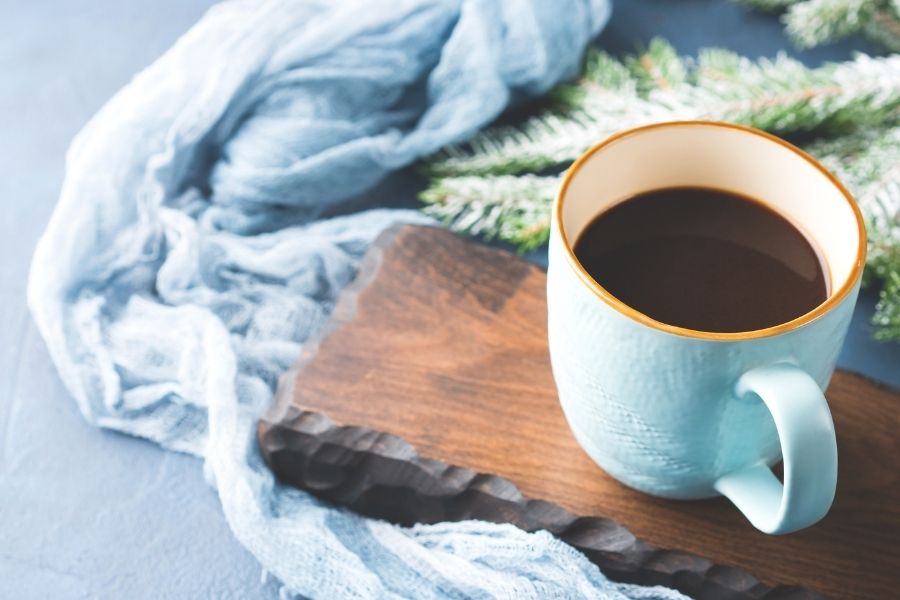 Vietnamese people drink coffee in a variety of ways, depending on the sort of coffee and how it is consumed

After Brazil and Columbia, Vietnam is the world’s third-largest coffee producer. As a result, it’s no wonder that Vietnam is a coffee lover’s paradise. And it isn’t limited to the country’s well-known beans. There are numerous cafes in this country, ranging in style from rural to urban, and from the delta to the highlands. Each province has its own distinct flavor and coffee style. They all contribute to the Vietnamese coffee tradition.

Iced coffee is preferred by the Vietnamese in the south. In the “Phin,” the northern Vietnamese prefer strong coffee. Some of them enjoy coffee with condensed milk that has been sweetened.

How do Vietnamese people take their coffee?

Vietnamese coffee is very different from Caucasian coffee. They serve coffee in their own style, similar to the French, however the French serve coffee first thing in the morning, but native Vietnamese enjoy coffee at any time of day.
Slow, strong, and sweet coffee is preferred by the locals. Coffee is commonly served while reading newspapers, listening to music, working, or conversing with friends because of the way it tastes. They sometimes take a seat by themselves and reflect on life, people, and the gentle flow of coffee through the filter. In the local coffee culture, noise is frowned upon.

Coffee was introduced to Vietnam by French missionaries in 1857, and it was originally grown in the provinces of Ninh Binh, Thanh Hoa, and Nghe An. They eventually discovered the best growing location in Vietnam. In the Central Highlands of Vietnam, coffee is grown on red soil in Lam Dong, Dak Lak, Dak Nong, Pleiku, and other areas.
In the initial stage, coffee is only served to the upper crust, officers, and a small group of city residents. Later, as coffee became more commonly produced in this tropical region, it became a more popular drink among the locals. Arabica and Robusta are the most common beans grown in Vietnam’s. Many well-known local companies, including as Trung Nguyen, Vina Café, Emo Café, and Nes Café, have contributed significantly to the national economy. The café’s atmosphere will have a significant impact on their coffee.
The majority of the locals prefer filtered coffee called ” Ca Phe Phin.” The Filter is used by them. They let the coffee absorb the hot water first, then pour the boiling water on top, waiting for each drop to filter into their cup. Listening to coffee drip or even counting the drops are two of the local coffee drinker’s favorite pastimes. To make their own coffee more appealing, they place it in a bowl of full boiling water to keep it warm from start to finish.

Drops of coffee from Saigon Those who have had coffee in Saigon will find it difficult to forget explore… Thank you to the Western monks who transported the Coffee tree from Ethiopia’s highlands to Africa. Chau arrived in Vietnam. From the late 1880s onwards, it is reported that this valuable plant was only grown on the grounds of churches in the north of Vietnam’s. Coffee trees were abundantly grown in Dak Lak and Gia Lai – Kon Tum afterward, until the 1920s. Coffee culture made has developed in Vietnam as a necessity from a lovely gift given by nature, as it has in hundreds of other coffee-drinking countries throughout the world.

“Quick Coffee” is provided in disposable cups to busy people and is frequently accompanied by “accompaniment” such as pate bread or an omelet. They drink it like food since coffee beans contains nutrients and minerals that help the body stay healthy and active. Iced Coffee or Iced Coffee is the most common form. “Street Coffee,” usually black, is the most popular sort of coffee and also has the most “disciples,” but it is only crowded in the mornings, before work. Small, elegant, basic glass cups are typically used to filter this type of coffee beans. Next, there’ll never be a shortage of a steaming cup of tea…

“Self-love coffee” is a conversation and confiding space for couples. If the cup of coffee is black, it must be combined into a nice-looking cup. To make foam, the barista must use a forceful stirring pinwheel, decorate a little cream, or the Coffee Master’s foam in the shape of a leaf or a heart. “Confessional Coffee” normally begins at around 8 p.m. and continues until late at night. “Confessional Coffee” is about alone time, reflection, and reminiscence. The drinker divides the occasions in which he must confront his own inner existence…

Diverse and full of delights

However, it is now lost and twisted as a result of the loss of its original roots. But, thankfully, “coffee culture vietnam” is still something to be revered. Anyone who sits in front of a cup of coffee appears to have a mystical power that makes them kind, compassionate, and likable. When in front of a steaming cup of Coffee producing an enticing smell, people often forget their age, status, and class. That is the philosophy of Coffee, as well as its actual appeal.

Not like Starbucks Coffee in the United States or Milan Coffee in Italy. Alternatively, for a Turkish twist, combine sugar and coffee in the same pot. The majority of Vietnamese coffee is brewed in the French method, that is, using a filter. People who are “addicted” to coffee have a peculiar pastime of eagerly awaiting each drop of coffee to fall. People often soak their coffee cup in a cup (bowl) of hot water to make it beautiful…

When the final bitter drips on the filter cease flowing, we will have earned the right to drink a delicious cup of coffee. We mix it slowly, very gently, with a small spoon like a children’s toy in hand, relaxing the entire body for a peaceful soul. We feel the taste of Coffee melting in the mouth, permeating deep into the heart and mind, as we lift the cup of coffee to our lips, a euphoric aroma combined with a little of sweetness and sweetness spreads in the nasal cavity, with a soft bitter flavor on the lips. Take a small sip now and again to relive this great sensation; those are pleasant moments…

Coffee’s magical and enigmatic properties are most likely due to the fact that it relaxes people. That’s why a muscular Gypsy man becomes meek in front of a cup of coffee. People who are angry get softer as well. People who are bored begin to enjoy life. And the exhausted person suddenly feels energized. This has aided the Vietnamese Coffee culture in resisting the corruptions of a rushed, rushed, hasty lifestyle…

Coffee from Saigon is unique

Coffee culture in Saigon – make vietnamese coffee (ca phe sua)
A cup of coffee may be found almost anyplace in Saigon. When it comes to coffee beans in Vietnam, one must first think of Saigon and the provinces along the South Central Coast. Coffee culture, like tea culture in the north, has been linked to the different lives of Southerners. There are thousands of different coffee shops in Saigon. Coffee can be purchased at any time and from any location within a few hundred meters.

“Street Coffee” is a popular morning activity in Saigon, where people drink coffee while observing the passing traffic, sometimes looking but not seeing, and listening but not hearing. One can also learn about yesterday night’s Champions League football results, a man’s house being broken into, a famous actress being entangled in a love scandal, anti-China riots in Hanoi, or the police arresting Catholics in Vinh. All of the latest information can be obtained around the morning coffee.

There are also “real” coffee shops in Saigon, both in terms of appearance and quality. Regrettably, it is only open in the afternoons and evenings. The Trung Nguyen Coffee shop system, in which customers drink coffee by a number from 1 to 8, can be stated; however, if you’re an addict, you should only drink number 6. 2A Nguyen Hue, District Nhat, and scores of other locations throughout the city are notable. We can go to “Coffee Du Mien” Trinh Alley, Bitter Gourd, Afternoon Rain, Waiting, The Way Back, and hundreds of other colorful titles if we want a touch of artistic and lyrical flair. However, it appears that these locations are only ideal for players and visitors, as well as the “self-love” and “story” styles…

Those who want to be out in public frequently drive to the Saigon River’s banks to drink Coffee Ben Nghe, Thu Thiem. While sipping coffee sua, inhaling the fresh air, and smelling the salty river, let your soul float with the small undulating waves. Far from District 2, night ferries ferry passengers across the river to District Nhat and District 3, which is Saigon’s busiest district.

Even if I’m sitting at the Coffee Store on the 33rd floor of Saigon Central in District 1, Purple Afternoon Coffee in District 5, or a mossy toad shop near Xom Cui Bridge in District 8, the quality of a cup of Vietnamese coffee beans is the first thing that comes to mind. Vietnamese Coffee Cups must be designed in a Vietnamese fashion. If the “Western” style is overbearing, it will only appeal to Westerners. However, when it comes to Vietnamese culture coffee, it’s difficult not to mention Black Coffee, and it’s also impossible to overlook the Central Highlands, which is the country’s coffee capital.

The Central Highlands have a strong coffee culture

Coffee blossoms bloom white, emit a pleasant perfume, and attract many unusual butterflies and bees from all around to collect pistils as honey, causing the flower branches to move constantly as if there was a tiny breeze in the morning. If desired, those lovely and poetic sceneries can be discovered on the fringes of cities like Pleiku or Ban Me Thuot, without having to go to remote coffee-growing regions…

Fortunately for the Vietnamese people, nature has given them red basalt soils that are ideal for coffee trees, such as those found in the Central Highlands shows coffee culture. Observing the sun and rain, as well as the producers’ perspiration. Experiencing pain in fire, water, and grinding, it is white as ivory after grinding, unlike rice.