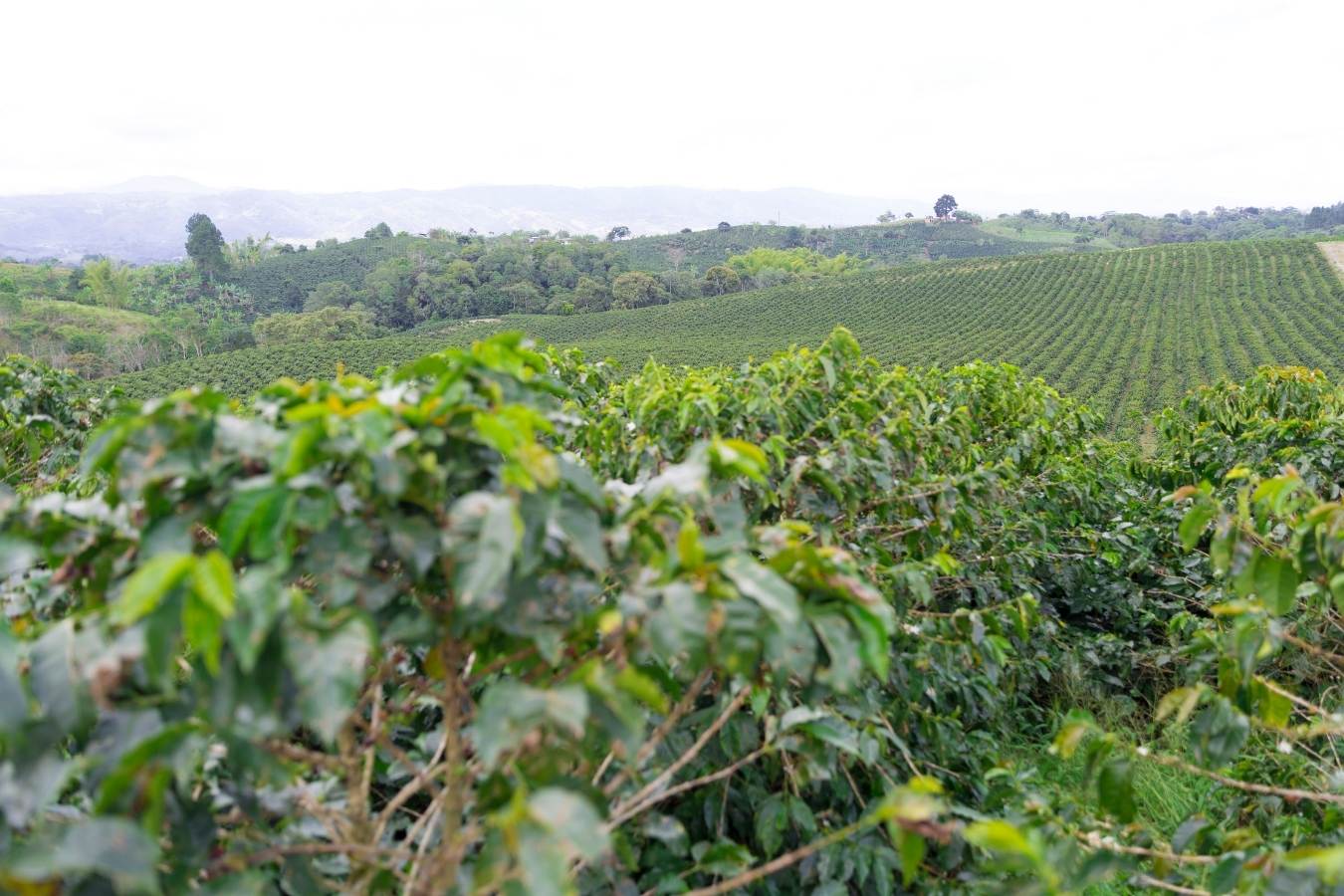 What is the 4th wave of coffee? The concept of the third wave of coffee is too familiar to us. But, in the world, some countries have developed to the 4th or even 5th wave of coffee. Proof that the coffee market is increasingly vibrant and constantly improving. At the beginning of each stage of development, history is the change in consumer demand. Since then, it has led to the participation of other fields, which has a long-term influence on the consumption behavior of society—ultimately reshaping the global market.

It’s fantastic that we live in the most prosperous period of coffee culture in Vietnam and the World in general. We have seen a massive improvement in the quality of coffee. Experience the consumption and new trends in the 3rd wave. So what can we expect from the fourth wave of coffee?

First of all, let’s review the highlights of each historical milestone of coffee’s development:

Beginning around the turn of the 20th century, the first wave of coffee appeared. It can be said that CONVENIENCE is the core value of this wave. It was a time when consumers only knew coffee as a popular and convenient drink for alertness. We can easily buy it at supermarkets and grocery stores in the form of cans or instant coffee. Just a few steps or press a button in an instant, a cup of coffee.

Coffee at this time is mainly to activate energy for a productive working day. Thanks to its wakefulness function, coffee has gradually become a popular drink. The labor force – is the main force of countries in the world.

At this time, the quality and taste of coffee have not been noticed. The general impression of this energy drink is that it is bitter and brutal to drink until coffee brands appear and take coffee to the next level.

In the mid-1990s, coffee shop chains, most notably Starbucks or Peet’s Coffee… emerged as a new lifestyle trend among young people. Originally from the 19th century, in Europe, the US, and some Middle Eastern countries, coffee has been present in social life as a bridge between artists and writers. Coffee is associated with cultural and political movements. So coffee has become a product that accompanies the activities of human civilization.

The success of Starbucks in creating an entirely new coffee market with policies that improve all aspects. From the introduction of fresh, dark roasted coffee. To the attractive Italian-style brewing method and the polite youthful space. The new culture of enjoying coffee spreads across the globe. It turned coffee into one of the most vibrant commercial commodities, second only to oil.

In the early 2000s, with demand skyrocketing, the coffee market had many changes. Expressly, the coffee product lines are provided with transparency in terms of origin, origin, and preliminary processing … This is also the ascending stage of manual preparation. In addition, the 3rd wave also focuses on improving the enjoyment experience. The customer’s enjoyment experience focuses on serving coffee as wine or tea ceremony. Besides, the bartender’s role becomes more critical. They have become the ambassador representing the coffee industry in the eyes of customers. Coffee quality, or taste, became the central theme of this wave.

Appearing at the beginning of 2010, the 4th wave of coffee emerged with the PROJECT concept. Coffee is no longer just a simple beverage, as previously thought. Above all, coffee is an intellectual masterpiece. Coffee deserves to be seen as an object of scientific study.

Suppose the 3rd wave honors the quality and experience of the origin and origin of coffee. Then the 4th wave of coffee applies precise measurement methods at each stage, from the production stage to the coffee making.

Focus more deeply on the science of coffee and the chemical properties of water—improved and in-depth analysis of brewing tools and methods to optimize coffee flavor. It is especially promoting community values ​​through the search for unique coffee stories.

The science of coffee

In recent years, all actors involved in the coffee industry have been contributing to the process of changing public opinion. That coffee is no longer a sentimental story. Coffee is a product whose values ​​should be recognized with scientific standards. The evaluation standards and separate reference systems established by coffee associations worldwide (SCA, CQI..) become the foundation to support the coffee industry to be developed evenly even in production and or concocted.

Preliminary fermentation methods are studied and applied. This helps to improve the taste and unlock new potential continuously. Or the invention of machinery, equipment, and tools for analyzing and stabilizing coffee quality.

Making coffee is a “picky” process…

If before, when making coffee, grind enough coffee powder to use. Compress the dough, watch the flow to estimate the coffee, and count the seconds to get an espresso. Now you have to weigh the coffee powder to the nearest 0.1 gram. Compressors with a sturdy support design (smart tamper) must be used. Even using a scale to measure the amount of finished coffee, using new espresso machine functions such as “preinfusion” – similar to blooming, bypass – adjusting the end shut-off pressure, etc. You must record the data, Calculate percentage extraction and statistics, and have sensory skills to get the standard espresso. A whole process!

In addition, there is also the supporting participation of all other fields supporting the construction and analysis of data systems. Become a legal basis when evaluating coffee quality criteria.

Formal courses are designed and universalized by associations worldwide to strengthen and ensure the science of coffee: such as those of SCA, Sense of Scentone…

In the 4th wave, the water became a topic that received much attention. There are countless articles of analysis, research, and even manual water adjustment methods. That knowledge is shared in magazines and personal blogs of experts worldwide. Water makes up 98% of the composition of a cup of coffee. So it automatically becomes an element of attention when we talk about the science of coffee in the 4th wave.

At this time, appeared companies such as Third Wave Water and Global Customized Water specialized in providing product/service packages to help regulate mineral content and mineral properties. Those things so that users can make their coffee flavors according to their needs.

Along with the development of coffee quality. The machines and some brewing tools have also been improved and added to more diverse functions. More and more devices can maximize coffee flavor correction.

If the manual method “won the throne” in the 3rd wave with the ability to honor the original taste of coffee, now it is not only manual brewing, but machine-brewed coffee, or most especially coffee. Cold-brew has also received a lot of attention. The cause is the rise of science in coffee. Therefore, brewing methods are analyzed from a research perspective, whether by espresso machine or by hand—for example, the cold brew method. Not only is the taste rich and novel, but also attractive to customers. That’s because of its unique brewing process and reaction.

In the third wave, the need to experience local coffee or new varieties stimulated the development of coffee in many different regions. But until the 4th wave of coffee, customers weren’t just looking for novelty or taste. Above all, it is the human value and personal affirmation when choosing consumer products. At this point, users are more interested in the benefits to the community. For example, limit plastic and materials that are harmful to the environment. It supports small and odd farmers in their efforts to maintain and improve coffee.

Although the fourth wave of coffee is still entirely new, we can be sure the growth of the coffee industry will not stop there. What other changes will we see? Will the impact of the Covid pandemic change the direction of the coffee industry? When will Vietnam’s coffee market be able to stretch its shoulders evenly and catch up with the wave of the world?

There are many things to look forward to in the future of the domestic and foreign coffee industry. But it will undoubtedly promise many new transformations because the development of the coffee industry is built on the enthusiasm and excellence of each contributing to it!