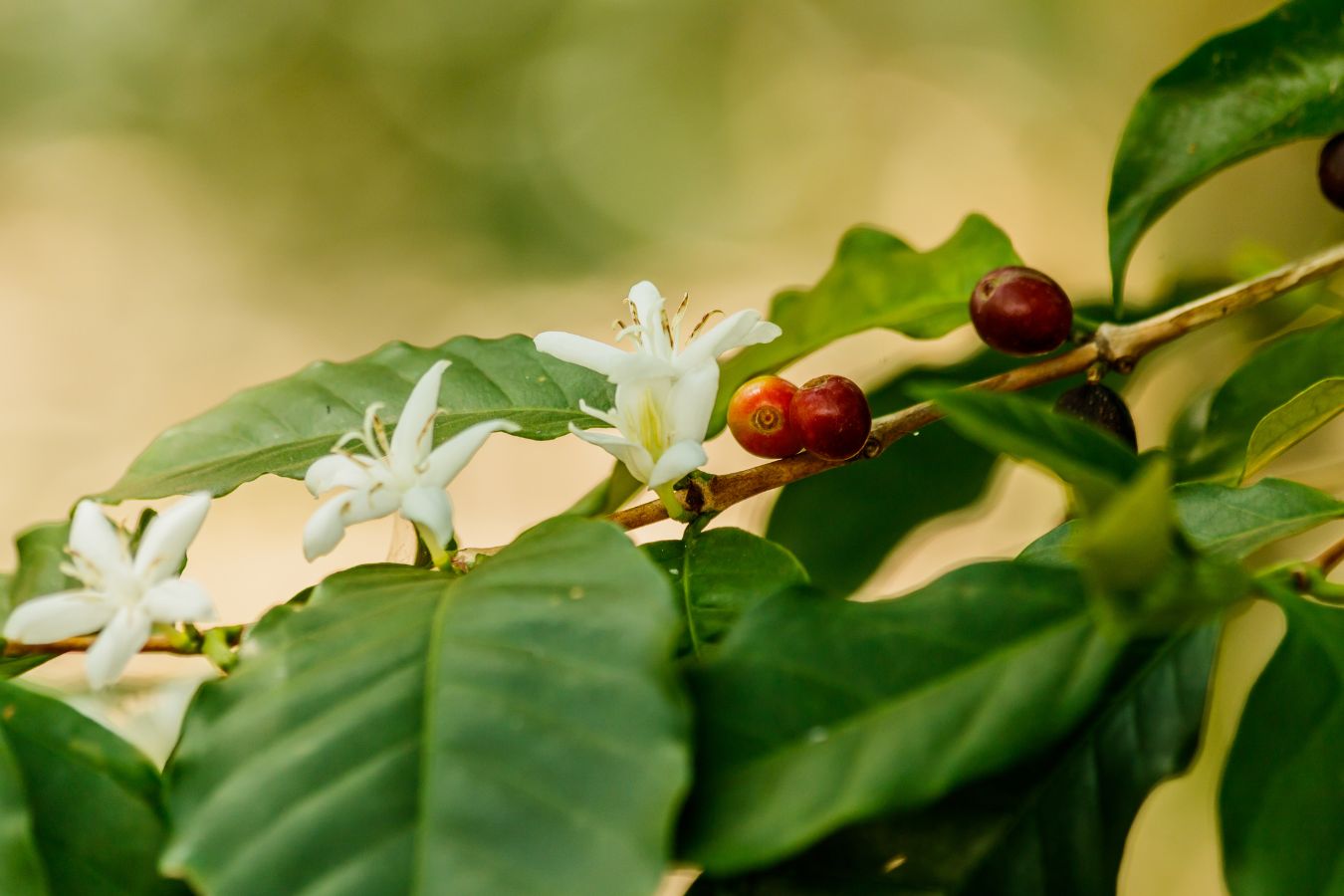 It is an Arabica coffee varietal like Bourbon (another Arabica variety), which is a popular coffee varietal among Arabica fans.
Blue Mountain (in Jamaica), Maragogype (in Brazil), Kona (in Hawaii), and Kent (in India) are some of the subspecies of Typica.

Because Typica has a robust cold tolerance, it is commonly planted at altitudes of 1500 meters or higher. However, this coffee has a low level of pest and disease resistance. Typica is highly vulnerable to pests, rust, berry diseases, and other illnesses, making it difficult to maintain.

Growers must put in a lot of effort to fertilize and irrigate their crops all year, but the harvest isn’t exceptionally high. This is also why Typica has become rare, particularly in Vietnam, and its price has risen as a result.

It is trees are taller than most other types of coffee. The tree’s small branches form cones and grow at a 60-degree angle to the central unit. Typica leaves are usually golden-bronze. The seeds are similar to Arabica, oval in shape and small, and the fresh fruit is generally crimson.

The flavor of Typica, Bourbon coffee

Typica contains a lot of malic acid because of its genetic features. Typica has a sour taste similar to that of an apple due to malic acid. Furthermore, It is has a higher sweetness than other forms of coffee, resulting in a more balanced flavor. Typica’s caffeine content is lower than Robusta’s because it is an Arabica drug.