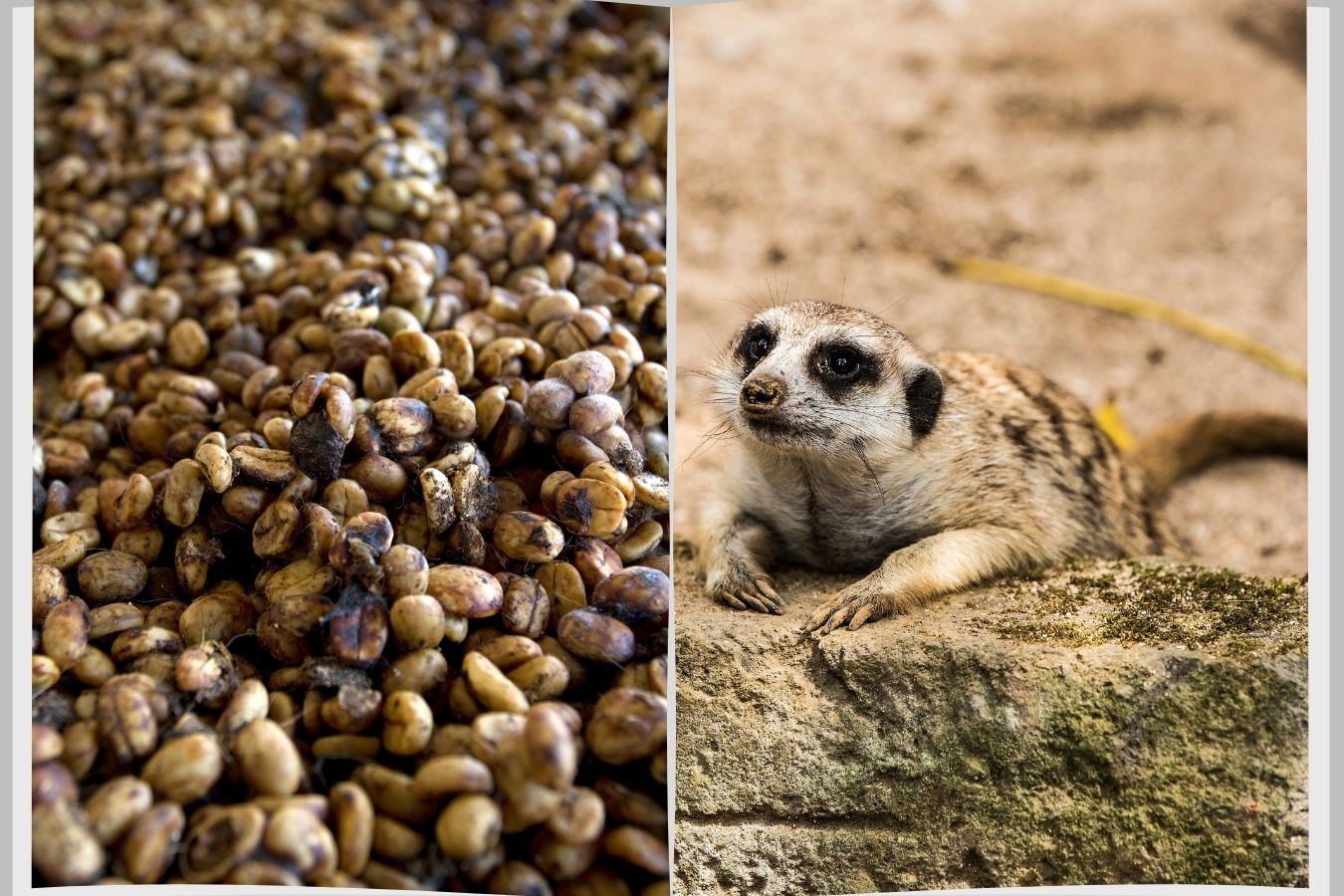 Coffee Daily News
Each kilogram only produces 300g of finished coffee: Every year in the world, there is only about 200kg of green coffee produced by ferrets  The special thing is that only it materials are completely according to the natural process, only the essence of it can be gathered, completely different from the weasel raw materials that are widespread in Dak Lak provinces. , Gia Lai, Lam Dong… for fake it.

Luwak coffee first gained notoriety just before the 1950s, when coffee plantations expanded dramatically under the Dutch dynasty in the East Indies. However, it only became widely known among coffee connoisseurs in the 1980s. In 2010, it made headlines in Australia after Indonesian President Susilo Bambang Yudhoyono presented Luwak coffee to the Prime Minister. Australian Prime Minister, Kevin Rudd, during his visit to Australia – The Craft and Science of Coffee

There are “Civets”… who love coffee

According to published documents (author Thu Hoa), there are many types of mink living scattered in Indonesia, the Philippines, Vietnam, and southern China. Most of these weasels are carnivores. Only ferrets in Buon Ma Thuot, Vietnam, and Indonesia like to eat fruit, in which the most delicious, ripe coffee berries are their number one choice. The time the weasel goes to feed is also quite special, from 10 am to 0 pm, the best time for all species.

Although Vietnamese mentions the weasel, the related animal is the civet (Viverridae) rather than the weasel, more precisely it is the spotted civet (Paradoxurus Hermaphroditus), also known as the civet. Meanwhile, the name Kopi Luwak comes from the Indonesian word “kopi” which means “Coffee”. Luwak is the name of a region on the island of Java, and also the name of a civet that resides there – according to Wikipedia

Taste – from the digestive system

The structure of the coffee fruit from the outside in, including the skin, rather thick flesh, rice husk, silk – seed (kernel) layer, but weasel mainly likes thick meat because this ingredient has a sweet taste. They Thet scratch the soft outer shell and then swallow the seed whole. The exciting adventure of coffee beans begins there to bring to coffee connoisseurs a product called weasel coffee that captivates those who have ever had the opportunity to enjoy and arouse their passion for discovery. Explore the wonders of nature.

According to the research results of Professor Massimo Marcone (University of Guelph, Canada), in the process of digesting coffee beans that are swallowed into the belly of the mink, enzymes (digestive enzymes) and microorganisms penetrate the husk. , penetrates inside the coffee bean and directly affects and cuts the structure of proteins to create more than 800 molecules of aroma (aroma) creating sugars as well as increasing small flavor molecules. than. This is the cause of changing the flavor of beans and coffee to create a special flavor of it with a passionate and seductive aroma.

However, only the coffee meat is digested. Coffee beans also have a hard shell (husk) to protect, so even if there is an enzyme effect, the effect will be very small – Wikipedia

Weasel Coffee: There are people who… like “Weasel dung” (Vietnamese weasel coffee)

The coffee bean in the ferret’s belly has ended its adventure to return to nature when the assimilation and catabolism of the ferret’s food are compared. The ordinary beans have now become a precious raw coffee of a characteristic quality that captivates coffee connoisseurs.

“When around Buon Ma Thuot town, there was still a lot of old forest area and this was a fairly safe place to live for ferrets” – According to Mr. Tu Yen (his father’s generation worked for a French coffee plantation owner in Buon Ma Thuot town) about collecting weasel coffee beans – “After each harvest in early spring, ethnic people often gather weasel coffee beans under the trees. Big tree stump near the edge of the forest. Each stamp can be collected from one to several pounds. Coffee husks look so clean and bright. This coffee is used by people to drink, as a gift or to sell.”

Although the quality of coffee beans after passing through the stomach of civets has changed, not much. In general, it still retains a part of the pure coffee flavor, if you take the time to feel it, you can taste the difference. However, many people drink this type of coffee not because of its taste but because of its “Class”.

Thus, in summary, to have “real” it, it is necessary to have the following main factors:

The completely natural closed cycle as above has created a product with a particularly attractive and attractive flavor of mink coffee. If creating artificial it products such as ferrets eat unripe coffee berries, as well as cherries – When collecting coffee beans that are discharged by weasels, they are washed and dried in the sun, on the other hand, where they are raised and the place where weasel feeds do not meet the necessary hygiene, etc. So even though the coffee beans are produced by weasel wastes raised by humans, they cannot produce products without the necessary natural elements. It is full of nature.

Hopefully, shortly, the green forests in the coffee-growing areas will be restored, the civets will have the opportunity to develop their descendants, then the natural it product of Vietnam will not be ashamed. With the word “coffee king” created from it in the vast red land in the Central Highlands we have always wished to become the world coffee capital, where there is exceptional specialty weasel coffee that has who want it to be “legacy”.